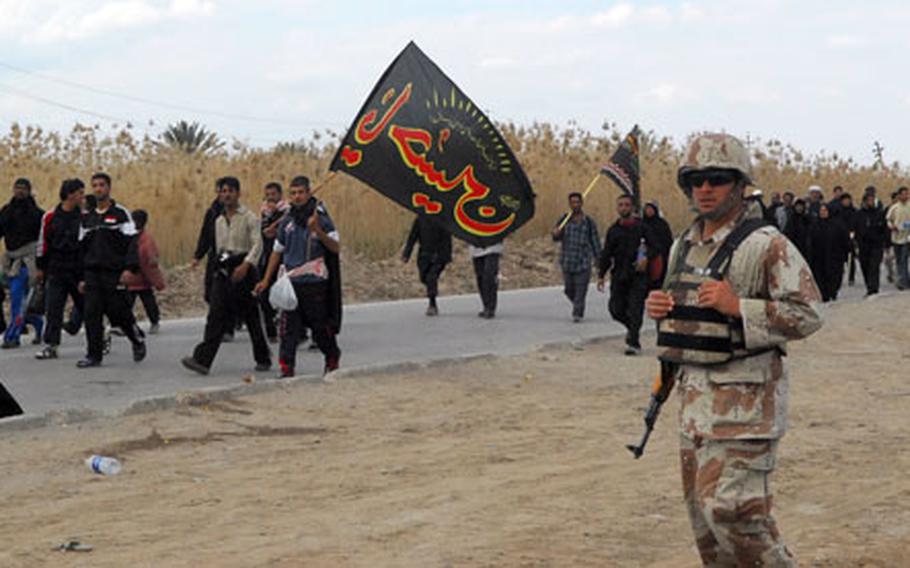 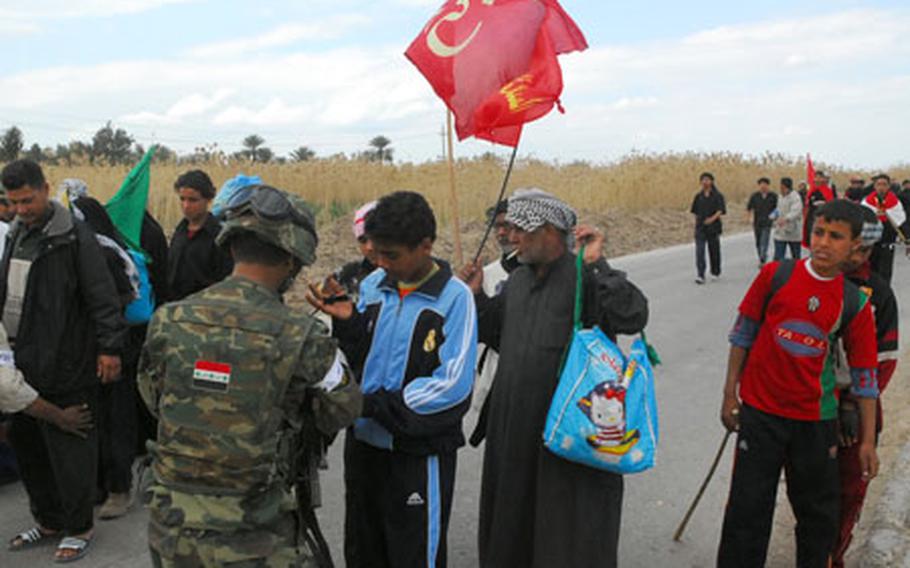 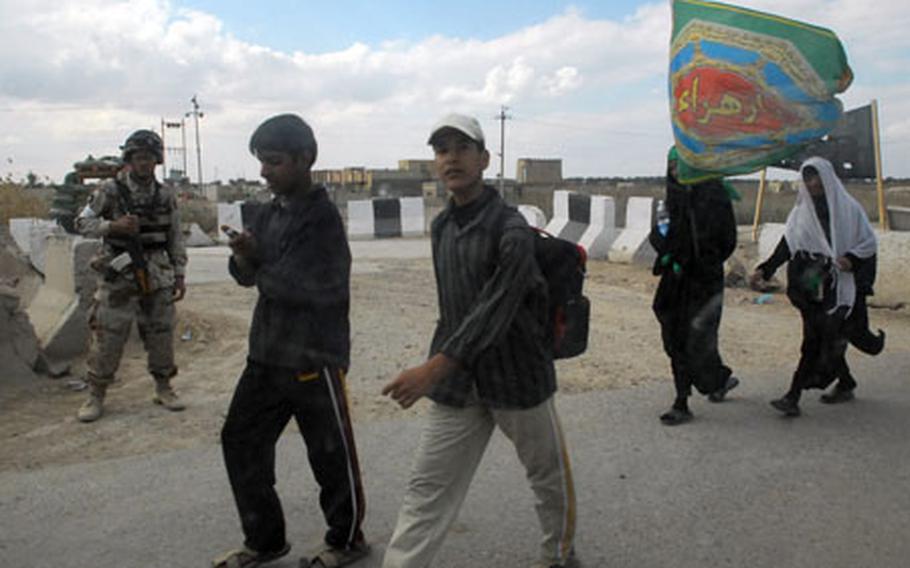 The battalion is one of a number of 10th Mountain units that oversee more than 300 square miles of canal-veined farmland just south of Baghdad, as well as a stretch of the main highway linking the capital to Najaf and Karbala.

The Shiite religious trek is an obvious target for both sectarian Sunni fighters and militants intent on derailing coalition efforts to stabilize Iraq. Already, two suicide bombers have killed more than a hundred pilgrims in Hillah &#8212; an area some 25 miles south of this unit&#8217;s area of operations &#8212; raising tensions even further.

Along the roughly 12-mile stretch of highway that connects Mahmudiyah and Lutafiyah, territory owned by the 2nd Battalion, 15th Field Artillery and its Iraqi counterparts, security is tight. All civilian motor vehicle traffic has been barred from using the highway, and Iraqi army checkpoints have been established every 100 meters or so. Joint U.S. and Iraqi patrols drive up and down the route each day, stopping periodically to search handbags or check out suspicious activity.

On Tuesday, Simonovich&#8217;s 3rd Platoon, Battery A spotted several young men in civilian clothes who were stopping pilgrims and patting them down. The patrol hit the brakes and &#8212; along with soldiers from the 2nd Battalion, 4th Brigade, 6th Iraqi Army Division &#8212; investigated.

Iraqi troops checked the men&#8217;s identification cards, told them to stop what they were doing, and moved them along.

So far, the pilgrimage has been uneventful for 2-15 Field Artillery soldiers. Much of that, according to commanders, has to do with a security plan implemented by the Iraqi army and the Ministry of Defense.

A variety of Iraqi army vehicles, from U.S. Humvees and Polish-built armored cars to Russian-built BMPs (armored troop carriers), stud the highway. Route security has been a particularly heavy focus for the Iraqi army, U.S. commanders said, and the likelihood of a large car bomb attack on the religious procession is remote. However, smaller attacks are always a possibility.

Top American military and diplomatic leaders in Iraq are expressing outrage over the spate of violence targeting Shiite pilgrims in recent days.

In a joint statement issued Wednesday, U.S. Ambassador to Iraq Zalmay Khalilzad and Multi-National Force-Iraq commander Gen. David Petraeus said the attacks &#8212; which have killed some 150 pilgrims over two days &#8212; should not break the resolve of the Iraqi people.

&#8220;We express our outrage at the cowardly and brutal acts of violence directed against the Iraqi people celebrating Arba&#8217;een,&#8221; the statement read. &#8220;Attacking innocent pilgrims who are participating in a religious observance is unconscionable.&#8221;

They called the attacks an attempt by extremists to terrorize Iraqis seeking a peaceful, stable nation.

&#8220;Make no mistake; Iraqi forces and their coalition partners are committed to the security and safety of all Iraqis. We are continuing to move forward in securing Baghdad and all of Iraq. The Iraqi people know that it will take time, but their resolve, faith, and strength will not be broken,&#8221; the statement read.

&#8220;We will work with the Government of Iraq to pursue those who commit these atrocities against the Iraqi people. On behalf of the U.S. Embassy and the entire American community in Iraq, we hope for the speedy recovery of those injured as our thoughts, prayers, and condolences go out to the families and loved ones of those who were killed.&#8221;

The worst of the attacks occurred near Hillah, in which twin suicide bombings on Tuesday killed some 120 people and injured nearly 200 more. On Wednesday, at least 12 pilgrims were reported killed in various attacks.