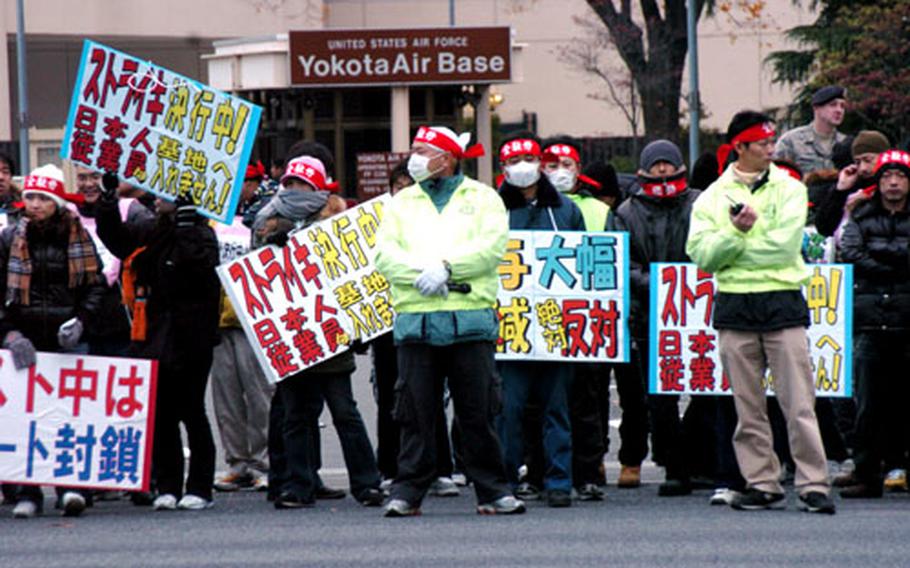 Japanese base workers protest outside Yokota Air Base’s main gate on Friday. Protesters went on a full-day strike Friday at bases in Japan and Okinawa, their second walkout in 10 days. (Christopher B. Stoltz / S&S)

Japanese base workers protest outside Yokota Air Base’s main gate on Friday. Protesters went on a full-day strike Friday at bases in Japan and Okinawa, their second walkout in 10 days. (Christopher B. Stoltz / S&S) 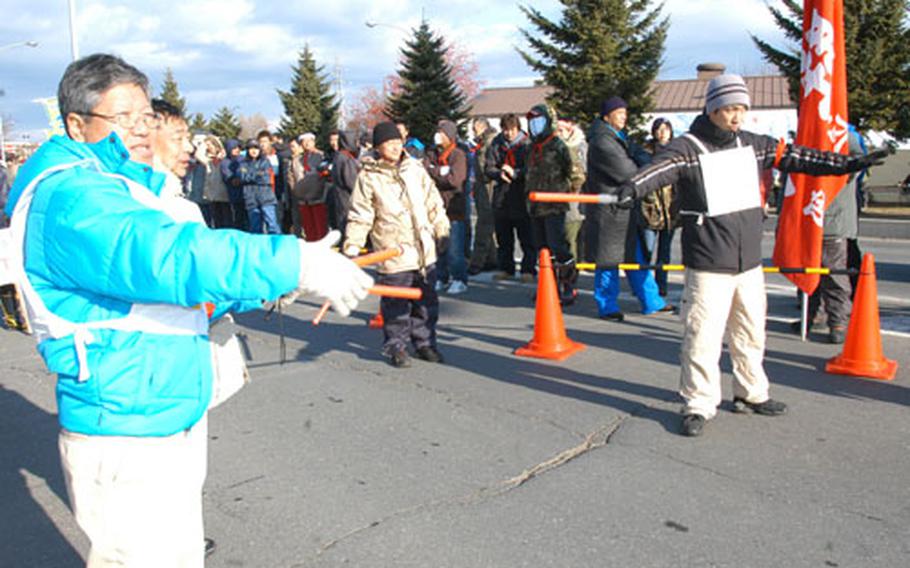 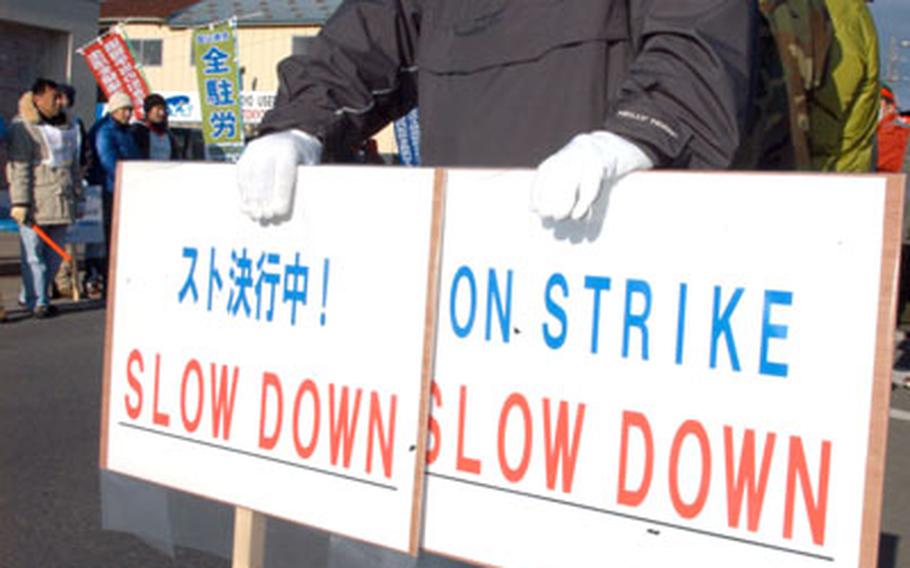 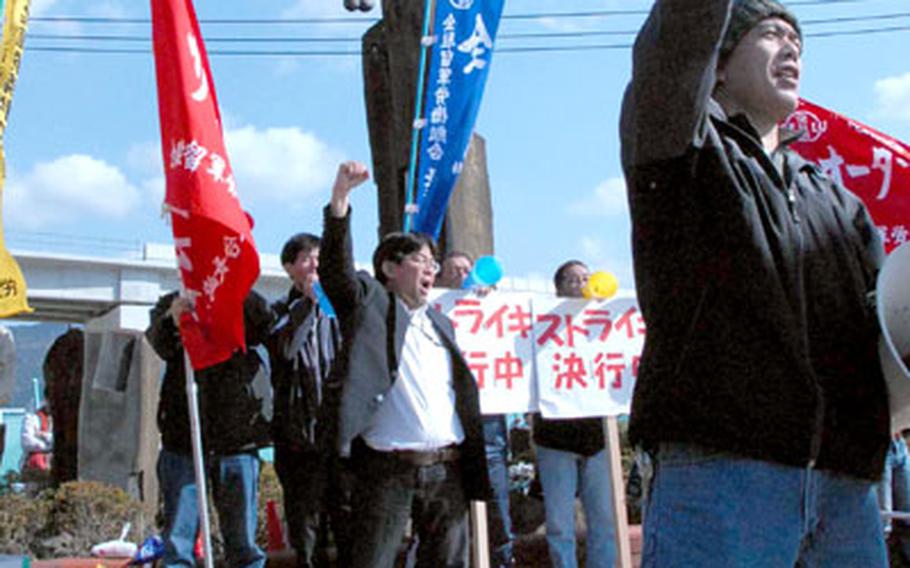 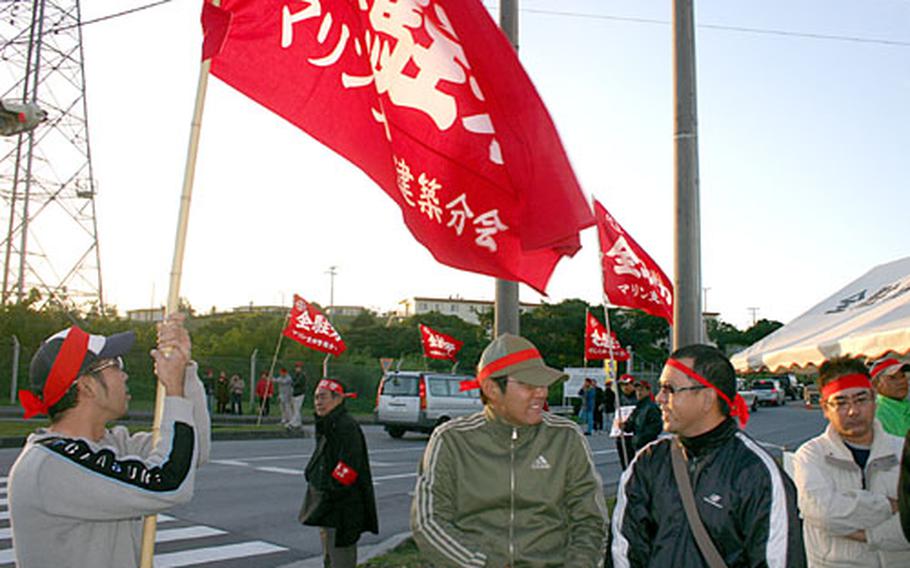 A second strike in 10 days by Japanese base workers was carried out peacefully, with only one incident reported at U.S. military installations around the country.

U.S. soldiers providing security at the gate contacted Japanese national police, who broke up the altercation, according to Lt. Col. Raymond Smith, the U.S. Army Japan provost marshal. He said he was unaware of any arrests.

But the strike&#8217;s effects were a little more pronounced inside base walls Friday, where clubs, commissaries and exchanges modified their hours to deal with staffing shortages. In some areas, select gates were closed for much of the day, and U.S. personnel had to work extra hours to fill labor gaps.

U.S. servicemembers also provided security Friday at many base gates. Department of Defense Dependents Schools were open on most bases but a few went without regular bus transport and cafeteria service.

The strikes have been called by Zenchuro, the Japan Garrison Forces Labor Union. At most installations, union members picketed outside the gates, urging Japanese workers to join in and sometimes blocking them from reporting to work.

U.S. personnel and contractors were able to enter the bases without incident. Mission-essential Japanese workers, including guards and firefighters, also worked as usual Friday.

Restaurants, shoppettes and other facilities were closed or had scaled-back hours at Camp Foster and Kadena Air Base on Okinawa.

The Green Line, a free bus system that provides transportation among Marine bases on Okinawa, was shut down due to the strike.

Eizo Yonaha, chairman of Okinawa&#8217;s Zenchuro chapter, said a total of about 4,000 members formed picket lines at most major bases on the island.

&#8220;We wanted to exercise our rights in an orderly manner because the strike is not against U.S. military but toward the Japanese government,&#8221; he said. &#8220;And our members fully understand it.&#8221;

Staff Sgt. Bruce Bartlam of Yokota&#8217;s Detachment 2, Air Postal Squadron, said his shop had to call in some airmen on their off days to compensate for striking Japanese workers.

Operations proceeded normally Friday at Marine Corps Air Station Iwakuni, where preparations were made in advance of the strike, the public affairs office said.

At Sasebo Naval Base, some services such as food and transportation were curtailed but the strike had &#8220;minimal disruptions of our routine,&#8221; spokesman Charles Howard said.

Japanese contract workers stood at Sasebo gates throughout the day, chanting through bullhorns and pumping fists in the air.

The Navy base worked throughout the week to blunt the strike&#8217;s effects and has avoided the heated debate over pay, leaving it to be worked out by Japanese employees and their government.

There were no drivers for the Fukuoka airport shuttle bus, which transports personnel changing duty stations or traveling. Instead, active-duty servicemembers did the job in vans, Howard said.

At Misawa, motorists at the main or POL gates had to drive through a sea of picketers.

The collocated club at Misawa closed for lunch and dinner, losing approximately $4,000 in sales, according to Col. Mark Burns, 35th Mission Support Group commander. Enlisted dining facilities were to serve all meals on paper with plastic utensils during the walkout.

Most residents who understood the reason for the walkout supported the cause.