U.S. base in Iceland packing it in quickly 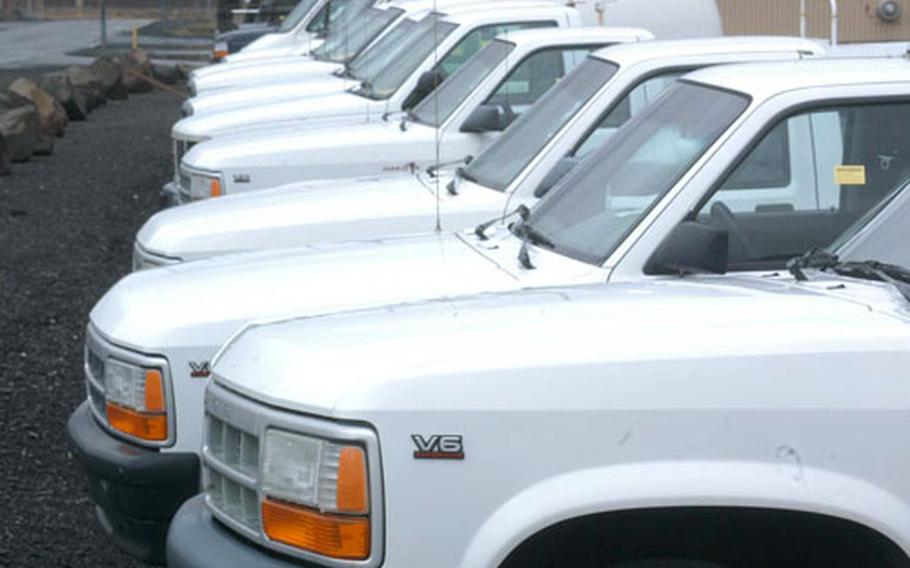 Military work vehicles at NAS Keflavik are lined up prior to being loaded into shipping containers and sent out of Iceland as part of the draw down of the base. (Ben Murray / S&S)

Military work vehicles at NAS Keflavik are lined up prior to being loaded into shipping containers and sent out of Iceland as part of the draw down of the base. (Ben Murray / S&S) 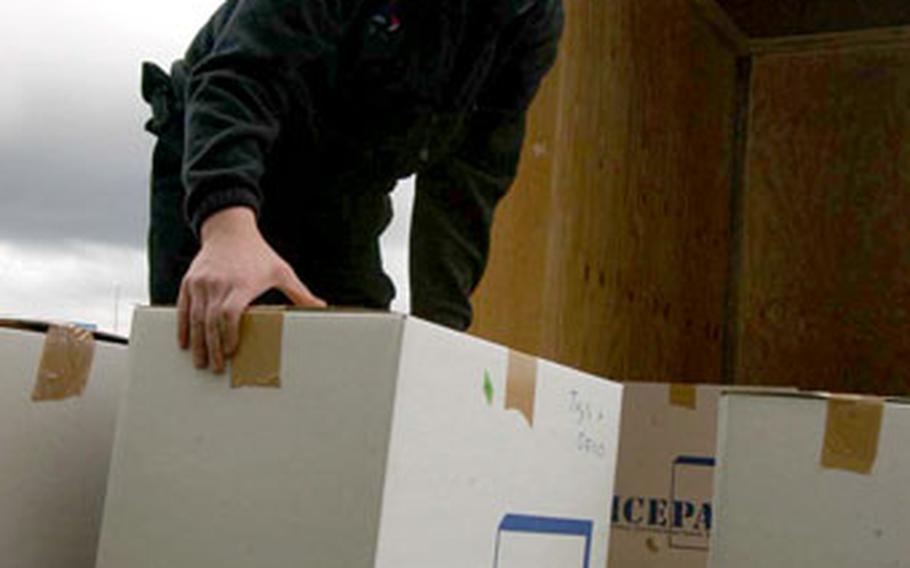 Mover Ingi Thor Einarsson loads up boxes of household goods from an on-base home at Naval Air Station Keflavik, Iceland, where families are leaving the base in droves ahead of an Oct. 1 closing date. (Ben Murray / S&S) 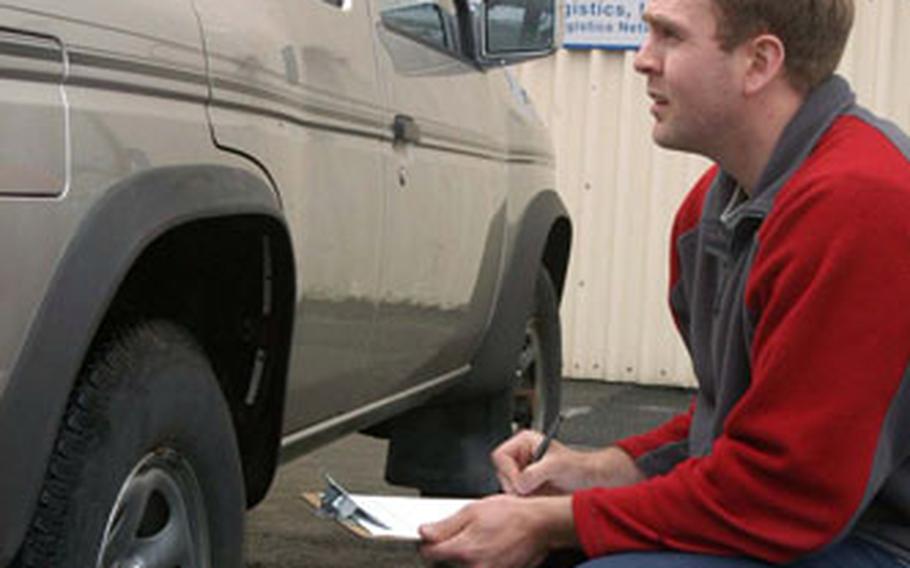 Orvar Kristjansson checks out one of the SUVs the vehicle processing center is sending out of the country as the U.S. military population pulls out. In a normal month, the center used to send about 15 vehicles per boatload, but recently it has been sending about 85 at at time, he said. (Ben Murray / S&S)

NAVAL AIR STATION KEFLAVIK, Iceland &#8212; Many people at Naval Air Station Keflavik, Iceland, knew the base could be closed down. Rumors that the U.S. would one day pull out of the remote Cold War post had circulated for years, locals said, and talks between the two nations&#8217; governments this winter hinted that movements were afoot.

But few ever thought that when word did come about Keflavik&#8217;s future, it would be so sudden or call for the base to be shuttered on such an aggressive timeline.

On March 15, however, the U.S. government announced it would close the base by this October, ending a 65-year American military presence in the country in just over six months.

A mix of about 1,200 U.S. Navy and Air Force personnel man the base and the Keflavik airport, home to the 56th Rescue Squadron, known for saving scores of lives in the country in the past three decades.

With the March announcement, airmen and sailors who signed up to live and work in Iceland for coming years suddenly faced immediate reassignments and household moves to different countries, plus an unexpected turn in their careers that some said alters their plans for their military future.

Quick decisions, limited choicesWithin just a few weeks of the March 15 announcement, the reassignment of Keflavik servicemembers was already under way. In April, teams of Navy detailers &#8212; the people who manage sailors&#8217; movement to new duty stations &#8212; arrived at the base for a lightning round of reassignments.

The process they used was a bit of a double-edged sword, said Petty Officer 3rd Class Matthew Winegar. Sailors were called in for face-to-face meetings with the detailers &#8212; a rare benefit, sailors said &#8212; but were then given a list of reassignment options from which they had to choose right then and there.

It was good, Winegar said, because having the detailers on site provided flexibility and made it easy to talk over individual options. But decisions had to be made with no time to research possible new communities or bases, he said.

For airmen, there was more time to look over options, likely because at the time of the announcement the Air Force was in the process of boosting its presence in Keflavik while the Navy drew down. But choices tended to be somewhat limited, some said, often ruling out the option of continuing to live overseas.

Of the four openings available in Oddo&#8217;s field, for instance, three were at Luke Air Force Base in Arizona.

&#8216;A pig down a snake&#8217;s throat&#8217;For those in charge of the exodus from Keflavik, the biggest challenge was figuring out how to get so many families and their possessions out of the base in just a few months, base commander Navy Capt. Mark Laughton said.

Base officials had pre-planned scenarios for how to empty the place in short order, but it is still a monumental task, one he likened to trying to cram a pig down a snake&#8217;s throat.

At the time of the announcement, Keflavik supported a population of about 2,500 U.S. servicemembers and civilians, he said.

The plan, already well in motion, is essentially to move people out in large chunks, with a blitz in the early summer. By mid-June, Laughton estimates, there will be fewer than 1,250 people left at Keflavik, and by mid-July, fewer than 500.

The last to go, he said, will be those in the mission-essential jobs, particularly security forces and those running the dual commercial/military airfield.

The final U.S. posture in Iceland is yet to be determined and is still a matter of talks at a higher political level, he said.

&#8216;I don&#8217;t know anything else&#8217;Another major effect of the base closure is the loss of roughly 900 jobs for local Icelanders, many of whom have spent most of their careers working at the base, said Icelandic Defense Force spokesman Fridthor Eyedal.

Like the servicemembers, many knew there could come a day when the base would be reduced, but few thought this fall was it.

Valthor Jonsson, maintenance division director for public works at the base, said he had intended to finish his working life at Keflavik.

About one-third of Jonsson&#8217;s local employees are over 60 years old, and he said he worries for their futures. Few will be able to make as much money on the local economy as they do at the base.

Still, Icelandic employees said the market in the area and around nearby Reykjavik is good at the moment, and those who received termination letters got them almost immediately after the announcement, allowing them time to search for work.