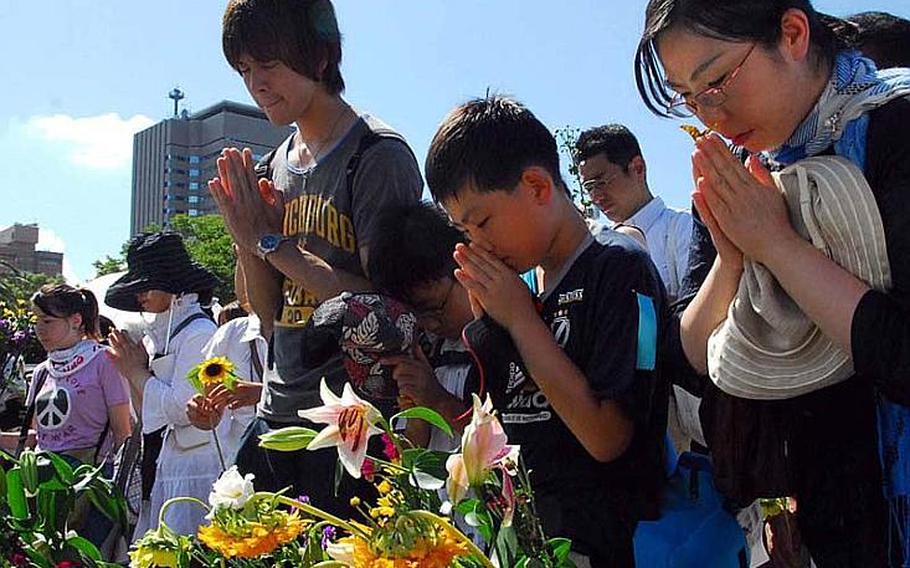 Thousands placed flowers and prayed at the atomic bomb memorial in Hiroshima on Friday. (Travis J. Tritten/Stars and Stripes)

Thousands placed flowers and prayed at the atomic bomb memorial in Hiroshima on Friday. (Travis J. Tritten/Stars and Stripes) 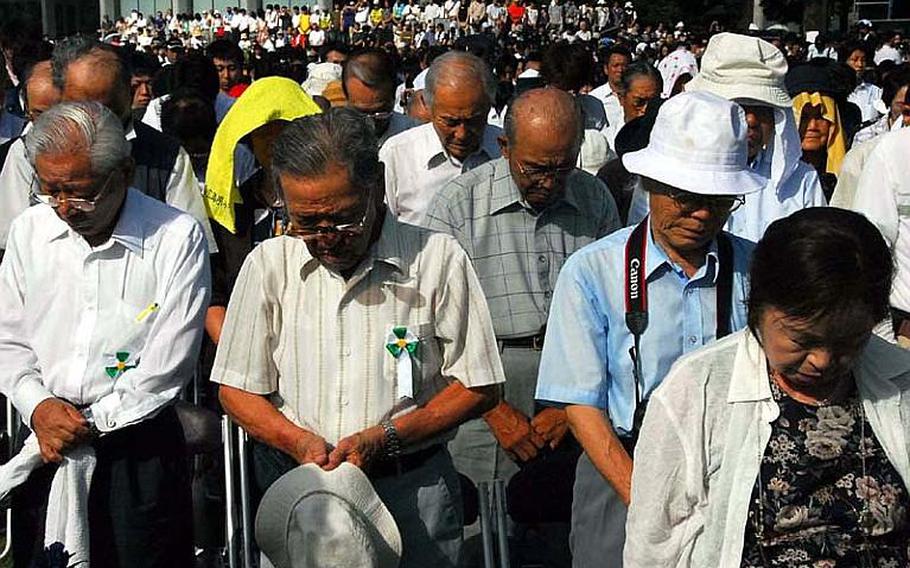 Attendees bow in a moment of silent prayer for those who died in the 1945 atomic bombing of Hiroshima. (Travis J. Tritten/Stars and Stripes) 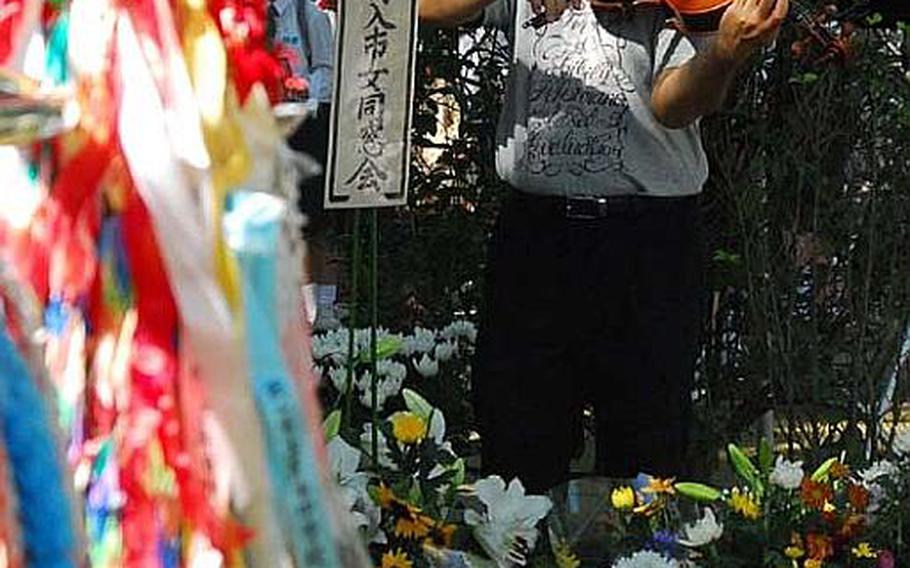 A violinist plays alone for a few moments before a small concert near the atomic bomb memorial Friday. (Travis J. Tritten/Stars and Stripes) 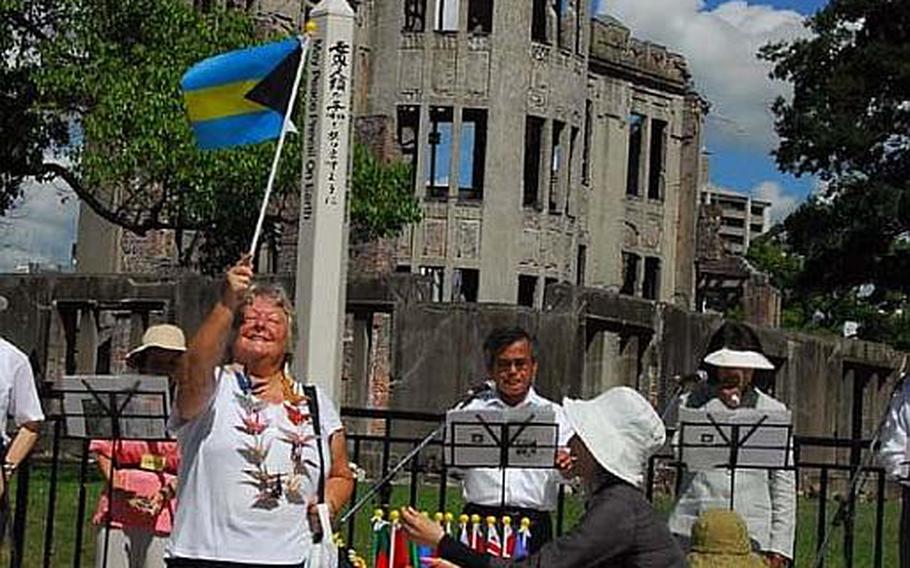 Demonstrators called for peace in nations around the world during the memorial ceremony for the World War II atomic bombing victims Friday in Hiroshima. (Travis J. Tritten/Stars and Stripes)

HIROSHIMA, Japan &mdash; For the first time, an American envoy showed up at Friday&rsquo;s annual memorial ceremony recognizing the anniversary of the 1945 atomic attack on Hiroshima that left 140,000 Japanese dead.

The event has long been a rallying point for nuclear opponents but has been avoided in previous years by the United States and other Western nuclear powers. That changed Friday when representatives from the U.S., England and France for the first time joined aging survivors and delegates from about 70 other countries to observe the anniversary.

U.S. Ambassador to Japan John Roos attended Friday&rsquo;s ceremony but did not speak and declined interview requests. He released a statement saying that Japan and the U.S. share President Barack Obama&rsquo;s goal of eliminating nuclear arms.

&ldquo;For the sake of future generations, we must continue to work together to realize a world without nuclear weapons,&rdquo; Roos said in the statement.

Three days after an American B-29 bomber, the Enola Gay, bombed Hiroshima on Aug. 6, 1945, a second bomb was dropped on Nagasaki, killing 80,000 people. On Aug. 15, Japan surrendered to the United States, ending World War II.

Japanese Prime Minister Naoto Kan told the thousands gathered here that Obama has re-energized the global effort to eliminate nuclear arms with his call for a nuclear-free world during a trip to Europe in 2009.

Hiroshima has held a memorial ceremony since 1946 and has invited the U.S. and all other declared nuclear powers since 1998. Russia, China and Pakistan have previously attended.

The service and participation by nuclear powers could send a powerful message to the rest of the world, said United Nations Secretary General Ban Ki-moon, who has made nuclear disarmament a top issue for the U.N.

The first secretary general to attend the bombing memorial, Ban has called for the complete elimination of nuclear arms and said the U.N. will discuss new bans on nuclear materials and testing in September.

&ldquo;We must keep up this momentum,&rdquo; he said.