U.S. Army holding down an old fortress in Iraq 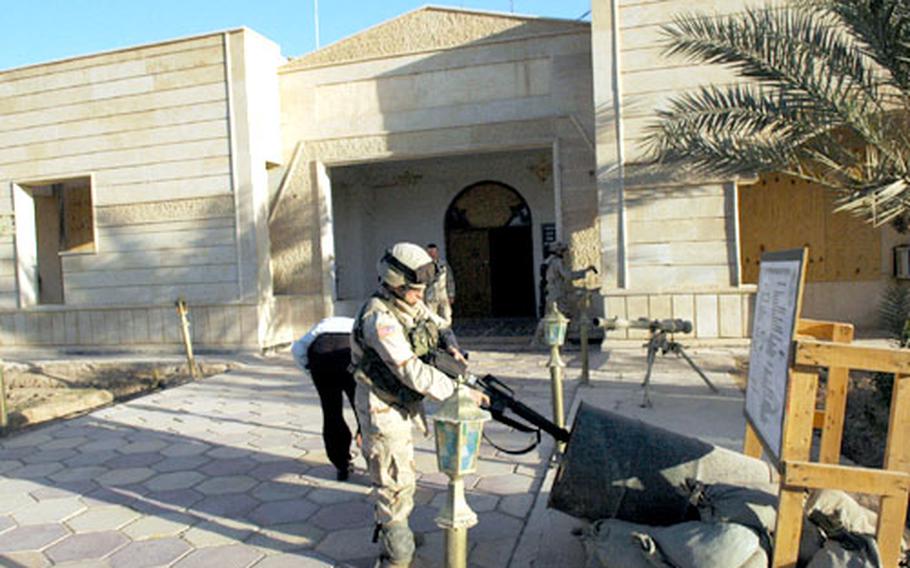 A U.S. soldier clears his weapon outside the building used as the headquarters for Task Force 1-30 at FOB Normandy. Locals say the building was built by British troops more than 50 years ago. (Andrew Tilghman / S&S)

A U.S. soldier clears his weapon outside the building used as the headquarters for Task Force 1-30 at FOB Normandy. Locals say the building was built by British troops more than 50 years ago. (Andrew Tilghman / S&S) 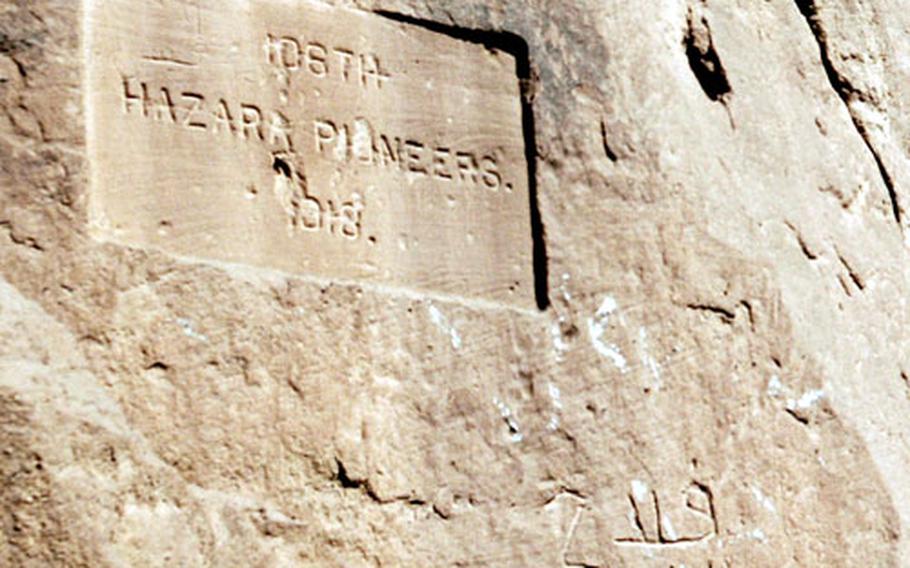 Markings on a mountain pass on FOB Normandy recall the Hazara soldiers, who were among the British troops who occupied the base during the First World War. (Andrew Tilghman / S&S) 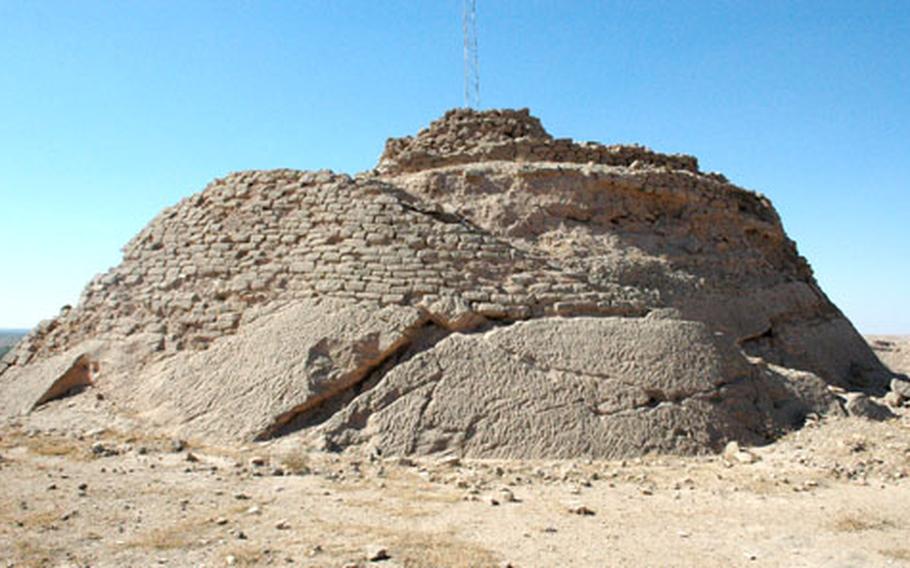 The remains of a monument built over the grave of a British general overlook the U.S. and Iraqi troops stationed at FOB Normandy. (Andrew Tilghman / S&S)

FORWARD OPERATING BASE NORMANDY, Iraq &#8212; On top of a nearby rocky cliff, the crumbling remains of a 19th century Turkish fort overlooks the U.S. Army post here.

Buried beneath the hard- packed dust, a British general was laid to rest in the 1920s, during the 14 years when Iraq was under direct British colonial occupation.

Under Saddam Hussein&#8217;s regime, the sprawling base about 40 miles from the Iranian border was home to an entire corps, where a former soldier recalls bad food, low morale and physical abuse from Iraqi officers.

Farhan recalled children as young as 13 and 14 forced into army training. Wealthy and politically connected families often bribed army officials to release their children from service.

The roughly 700 U.S. troops stationed here are the latest in a long series of soldiers to set up camp outside the city of Muqdadiyah. The base&#8217;s history offers a window on the history of the entire country: its periodic wars, occupations and efforts to gain independence.

Unlike many U.S. bases in Iraq, FOB Normandy has few prefabricated tents and containerized housing units. Instead, soldiers here are housed in old masonry-constructed barracks, many built by the British in the early 1950s. The headquarters building for the U.S. Army&#8217;s Task Force 1-30 has an Islamic-style design with tile floors and elaborate moldings. The adjacent chapel, a large dome top, was once used as a mosque.

The base, situated on an old trading route that led merchants and smugglers from Baghdad through Baqoubah and into Iran, is an obvious location for a military outpost.

Just outside the area&#8217;s main city, the base is buffered by the Hamrin Mountains to the east and by the Diyala River to the north and west.

&#8220;In the military, we look to nature, and here nature helps us,&#8221; said Col. Thea Ismael Abid Al-Tamimi, commander of the Iraqi army battalion garrisoned on the base adjacent to American forces.

The former Turkish base used by the Ottoman government that controlled Mesopotamia before World War I lies just outside the base and has been mostly destroyed.

A sign chiseled in one mountainside reads: &#8220;106th Hazara Pioneers, 1918,&#8221; referring to a British colonial regiment of central Asian soldiers from the Hazara tribe that was stationed here during World War I.

Under the mountaintops, the British hollowed out more than a dozen large weapons stores. In recent decades, Saddam stockpiled ammunition there.

The brick-walled caverns are currently empty and in good condition.

When U.S. soldiers re-enter the front gate after daily patrols, they pass a graveyard of rusty British-made Chiefton tanks and Russian-made T-55 tanks seized from Iran during the eight-year war between Iran and Iraq.

About 50 years ago, the base was a headquarters for then-brigade Commander Abd al-Karim Qasim, who later led the revolutionary forces that killed the Iraqi king and declared a republic in 1958.

Early in Saddam&#8217;s regime, the base here was well-maintained, with running water, air conditioning and several large factories, said Sgt. Abid Ali, a 48-year-old Muqdadiyah native who serves in the Iraqi army.

After the fall of Saddam, the base was virtually destroyed during the monthlong power vacuum between the regime&#8217;s collapse and the arrival of the first coalition forces.

Locals looted the furniture and other supplies, while an Iranian militia carted off truckloads of heavy artillery, rocket-propelled grenades and other ammunition stored here, Ali said.

U.S. money is now rebuilding the base with training facilities for Iraqi army soldiers and local police.

Coincidentally, Farhan, the former Iraqi soldier, now works here as a translator and lives in the same barracks building he was assigned to during basic training four years ago. The son of a Kurdish mother and Arab father from northern Iraq, Farhan said life on the base now &#8212; with good food, good pay and friendly soldiers &#8212; is better than he could have imagined several years ago.