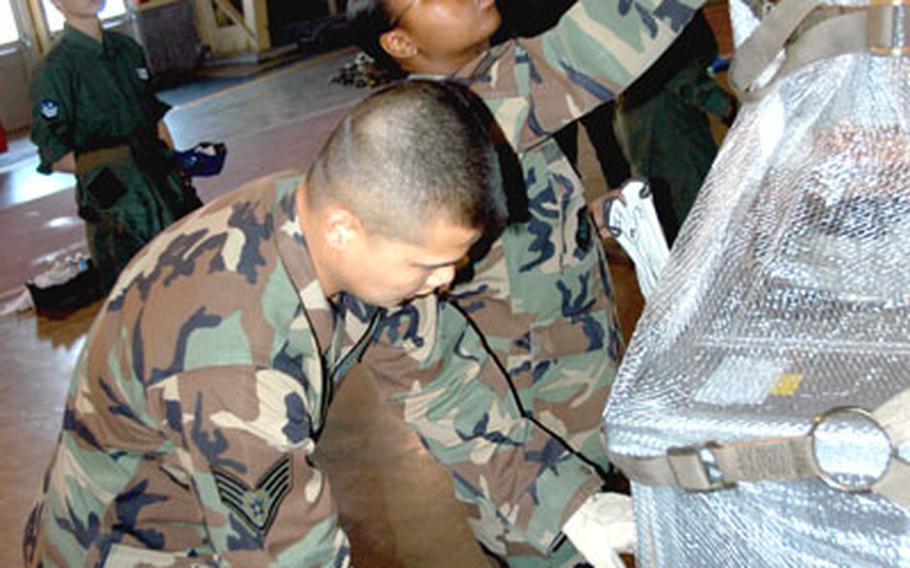 MISAWA AIR BASE, Japan &#8212; About 250 airmen from the Japan Air Self-Defense Force&#8217;s 3rd Air Wing here are gearing up to deploy to Andersen Air Force Base, Guam, for Cope North.

Misawa&#8217;s U.S. airmen aren&#8217;t taking part in the June 2-12 bilateral exercise, but this week they&#8217;re helping their JASDF counterparts properly pack and load up 14 pallets of cargo headed to Guam.

Since a U.S.-contracted commercial jet will deliver the JASDF goods to Andersen, personnel with the 35th Fighter Wing&#8217;s cargo deployment function had to ensure each pallet was safe to fly, checking contents, measuring dimensions and securing packaging, Hesketh said.

The 3rd Air Wing will fly in Japanese E2-C and F-4 aircraft during the exercise, designed to enhance the ability of U.S. and Japanese forces to work together, military officials said. Airmen from Elmendorf Air Force Base in Alaska also will participate.

&#8220;This is a chance for us to practice using live munitions, which we cannot do in Japan,&#8221; said Capt. Masakatsu Fujimoto, 3rd Air Wing chief of supplies.