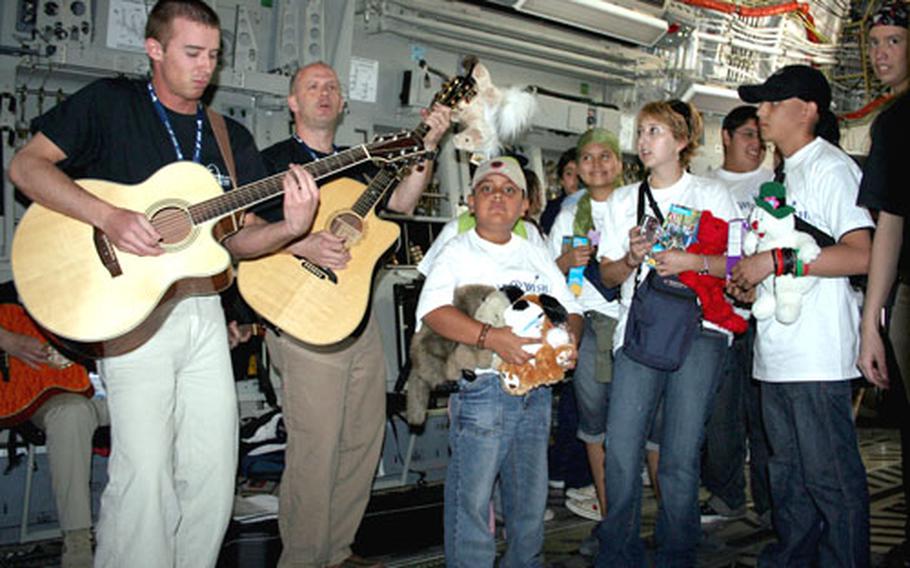 Members of the U.S. Air Force band jam with children from the Santiago, Chile, Make-a-Wish Foundation on Tuesday during the FIDAE air show. About 30 children got a chance to meet with airmen and tour U.S. planes as part of the show. (Rick Vasquez / S&S)

Members of the U.S. Air Force band jam with children from the Santiago, Chile, Make-a-Wish Foundation on Tuesday during the FIDAE air show. About 30 children got a chance to meet with airmen and tour U.S. planes as part of the show. (Rick Vasquez / S&S) 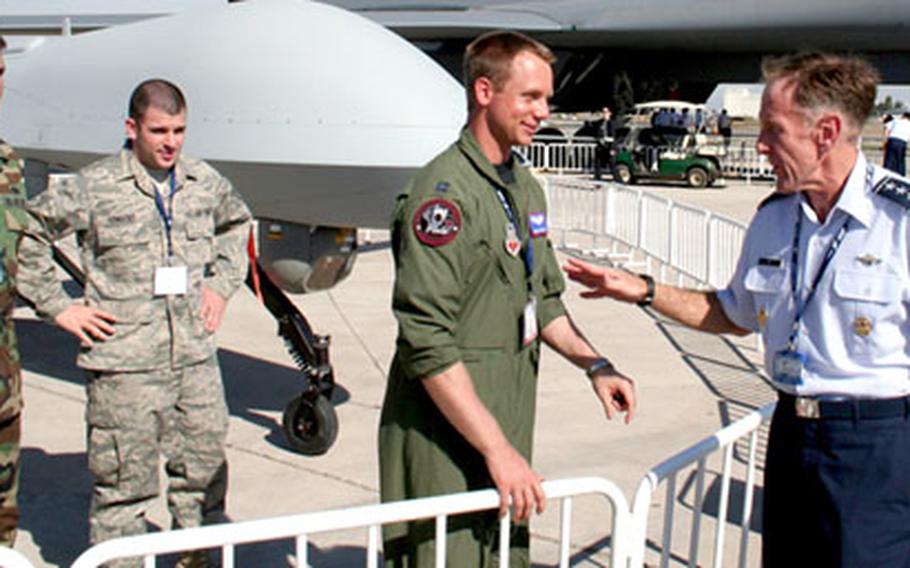 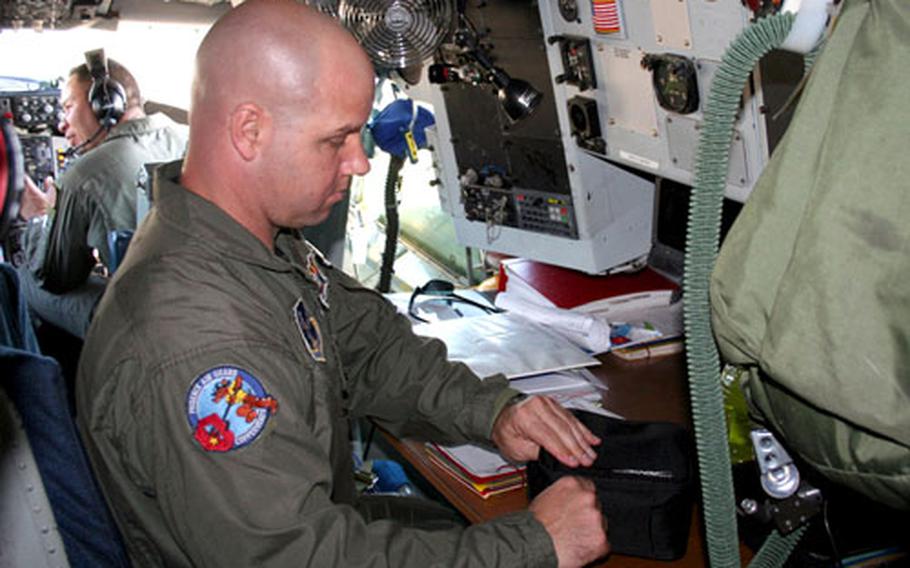 EDITOR&#39;S NOTE: This is the first in a series of special reports by Stripes staffers Leo Shane III and Rick Vasquez on the mission of U.S. Southern Command.

SANTIAGO, Chile &#8212; As guardsmen from the Air Force Band played &#8220;Sweet Home Alabama&#8221; in the back of the C-17, teens from the local Make-a-Wish chapter shrieked and broke out of their Spanish to sing out their best Lynyrd Skynyrd impressions.

The band and about 200 other airmen are one of the biggest attractions of this year&#8217;s Chilean International Air and Space Fair, the largest air show on this continent.

More than 150,000 locals are expected to attend the weekend show, and thousands of dignitaries and business leaders from around the world arrived throughout the week to discuss the state of aviation in South America.

But Lt. Gen. Norman Seip, commander of Air Forces Southern Command, said the event is more than a chance to show off the fleet&#8217;s C-17s and Predator UAVs.

Airmen are giving tours of their aircraft to local children, meeting with Chilean military counterparts and spending time at local charities to show the force&#8217;s less military, more human side.

&#8220;There are a lot of unintended consequences to these types of events, and all of them are good,&#8221; he said. &#8220;If having military aircraft here raises our profile and helps attract more business to the show, then I&#8217;m all for it. And I think it helps show our commitment to the region.&#8221;

The 17 U.S. aircraft at the show make up the largest-ever display of American air power for a South American event, but officials are already discussing a even larger presence at the next show in 2010.