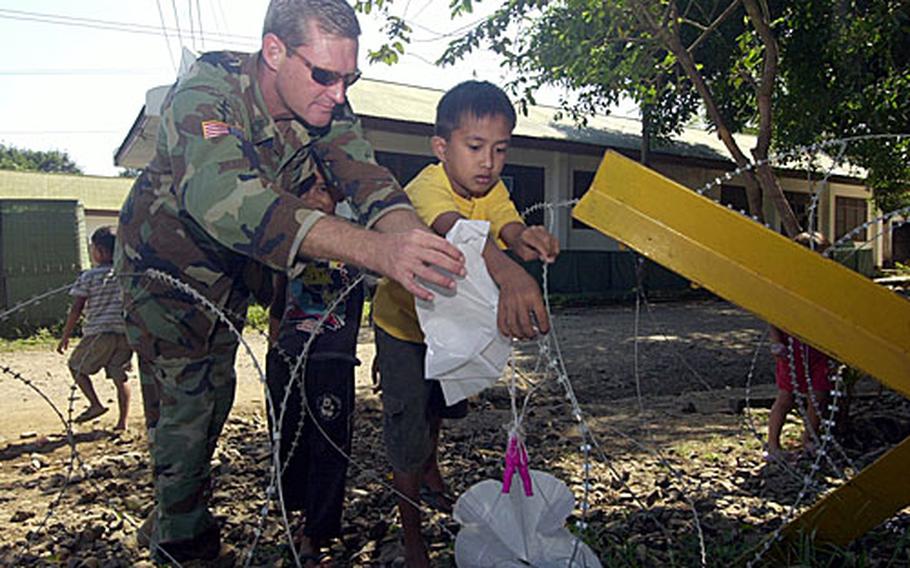 MANILA, Philippines &#8212; The U.S. Agency for International Development has spent about $250 million in the past six years on Mindanao, including the Sulu Archipelago, in an effort to help the Philippines bring it into the island nation&#8217;s mainstream, according to a senior agency official.

The official, who spoke to Stars and Stripes during a recent background briefing at the U.S. Embassy in Manila, said the area is home to seven of the country&#8217;s 10 poorest provinces and long has been a home to terrorists and transnational criminals.

In fiscal year 2006, the agency spent roughly $40 million, about 58 percent of its total Philippines budget, on the Mindanao area.

&#8220;The needs are great in Mindanao,&#8221; the official said. Pick almost any health indicator &#8212; mortality, infant mortality, life expectancy &#8212; the level is among the worst in the Philippines, he explained.

&#8220;Our ultimate goal is to develop this underdeveloped area in Mindanao, to help them feel less apart from the Philippines and more a part of the Philippines,&#8221; he said. &#8220;To have them feel they&#8217;re Filipinos is a major accomplishment.&#8221;

Pairing with the Philippine government is critical, he said.

Members of the JSOTF-P are invited to work with USAID for about two weeks, he said, &#8220;to become familiar with our long-term programs so that as they think about civil affairs ... they&#8217;ll have in their mind what our longer-term programs are and be thinking like us: &#8216;How can we coordinate, how can we match up together?&#8217;&#8221;

USAID also relies on the military for assistance in getting books to schools in &#8220;very remote or conflict-affected areas,&#8221; he said.

USAID building on success in Philippines

USAID in the Philippines highlights five areas as program objectives: peace and security, a just and democratic government, investment in the people, economic growth, and humanitarian assistance.

According to the agency, regional successes include:

High-profile convictions of traffickers following a nationwide campaign.Lower-level dispute resolution mechanisms installed in more than 740 villages.Increased conviction rate for corrupt officials from 13 percent to 30 percent.Increased share of private sector supply of reproductive health commodities from 36 percent in 2005 to 41 percent in 2006.Renovation of 246 schools.Training of 21,900 teachers in science, math and English.Internet-connected computers brought into more than 500 schools.&#8212; T.D. Flack