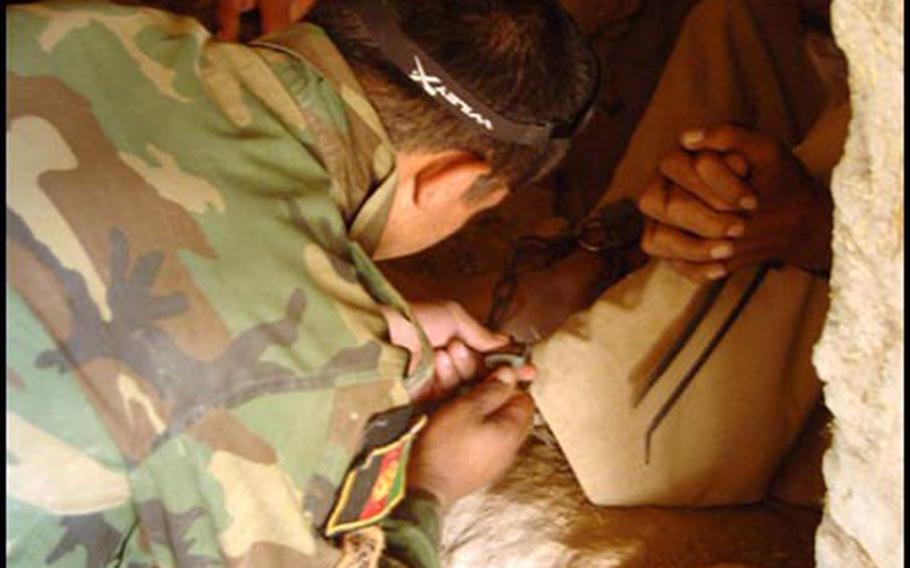 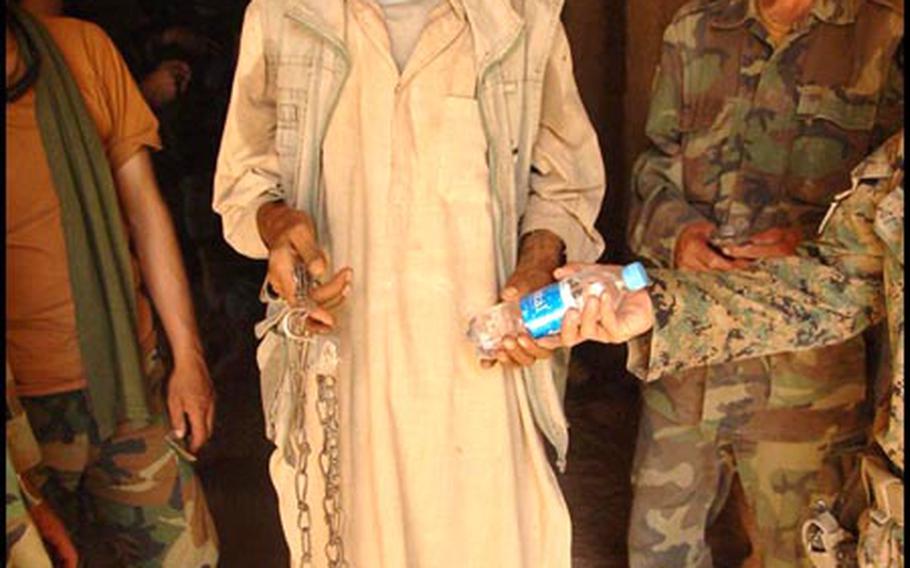 A man freed by Afghan National Army commandos shows the chains that held him before he was rescued July 17. (Courtesy photo / U.S. Army) 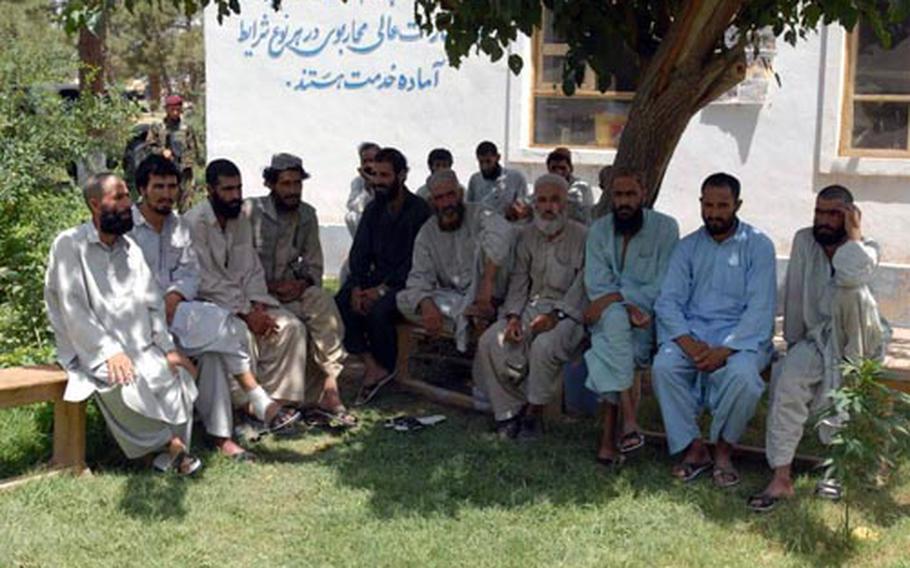 Captives rescued by U.S. and Afghan troops July 17 enjoy their freedom at a commando base in Herat province in western Afghanistan. (Courtesy photo / U.S. Army)

A farmer held captive for four months was freed along with 15 other men last week by U.S. and Afghan forces in western Afghanistan, officials say.

Abdul Mohammad, 22, who had been beaten and given little food, was found Thursday while Afghan National Army commandos and U.S. Special Operations forces searched a compound known to be used by Taliban in the village of Parmakan in Herat province.

The men were "kept in deplorable conditions" in a building the Taliban had been using as a jail, according to a news release issued by Combined Joint Task Force-101.

Mohammad says men working for Taliban commander Nangialia Khan kidnapped him as he tended his fields and demanded he pay about $1,000 for his freedom.

"They knew I didn&#8217;t have that much money," said Mohammad, who supports his wife and parents. "So I was told that if I ever wanted to see my family again I needed to sell my farm."

He said his family couldn&#8217;t raise the money so he remained in the jail, suffering beatings and deprivation.

"I had prayed to Allah to just let me die if he could not free me," Mohammad said. "The Taliban whipped me with a cable every day, and only sometimes gave me water and a piece of bread."

The other men said they, too, had been held for ransom. A few of the men were relatively wealthy, but the Taliban increased their ransom, making it impossible for any of them to be freed, the release says.

The captives were taken to an ANA commando base and received food, water and medical attention before returning home.