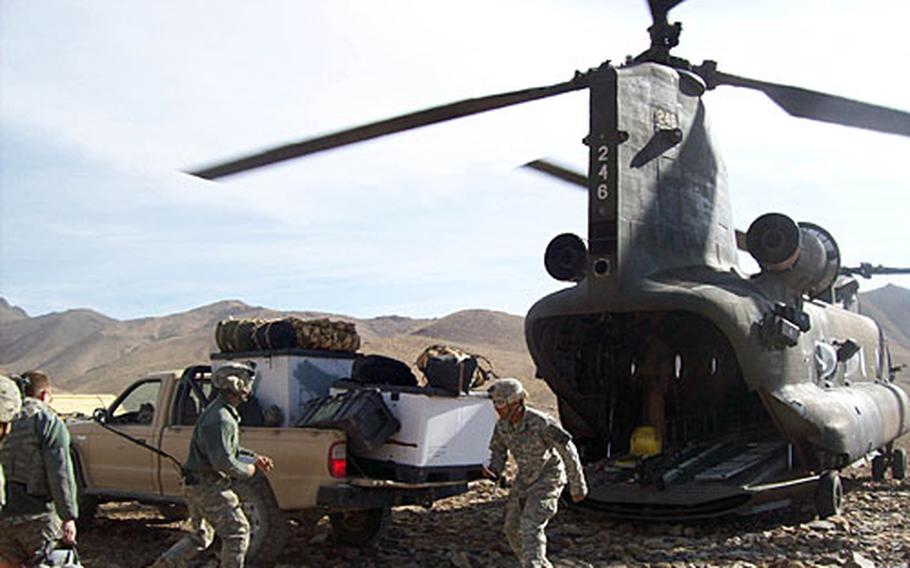 Intelligence suggests the foreign fighters are from Uzbekistan and the rebellious Russian territory of Chechnya, in central Asia, he said.

&#8220;The foreign fighters tend to be better trained and financed than the average Taliban. They have LBVs (load bearing vests) and canteens and sometimes black or green uniforms,&#8221; he said.

During firefights the foreigners use conventional infantry tactics like flanking, bounding and fixing targets, whereas attacks by local Pashtun Taliban are usually poorly executed, Piluek said.

Maj. Harry Bird, 44, of Charleston, S.C., who leads a team of Embedded Tactical Trainers out of FOB Lane in Arghandab District, said several Chechen and Uzbek fighters have been killed in firefights with Afghan National Army troops he works with &#8212; from 1st Candat, 2nd Battalion, 205th Corps.

Cpl. Jeffrey Treaster, 33, of Harrisburg, Pa., who fights out of Baylough with Team Apache&#8217;s 2nd Platoon, said Pashtun tribesmen in the area have reported Uzbek Taliban who ride out of the mountains on horseback.

There have been numerous attacks on FOB Baylough but some are much better planned than others, Sanchez said.