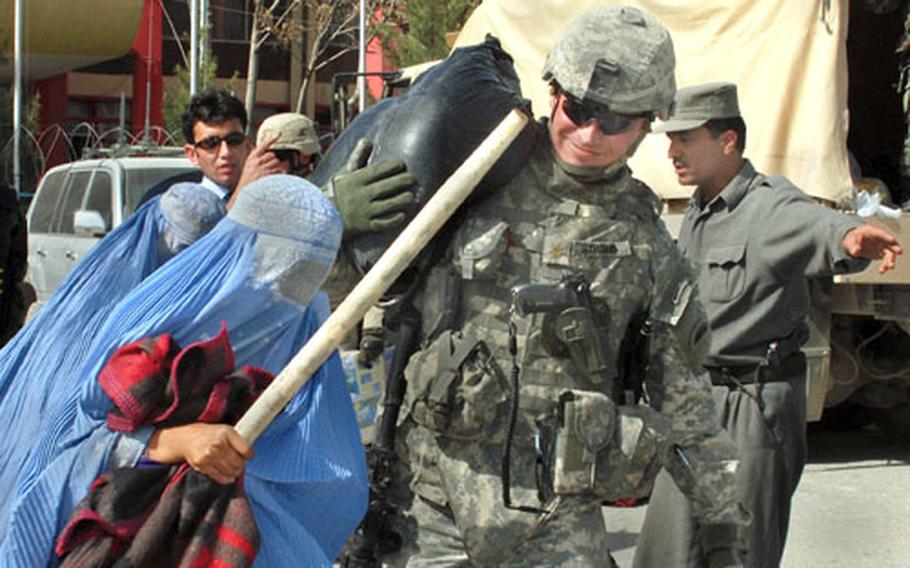 Afghan and American soldiers are continuing relief work for victims of recent flooding in Afghanistan, with efforts including residents of Kabul.

Though heavy rains stopped about a week ago, hundreds of people remain without food, water or shelter, officials said.

In one relief effort, some 100 families in Kabul received rice, beans, cooking oil, flour and other aid.

Tools such as shovels and stoves also were distributed.

&#8220;The goods came from Bagram Airfield and were donated by U.S. Forces there,&#8221; U.S. Army Maj. Christopher Graves, of the Embedded Training Team working with Afghan military police, according to a news release.

The relief supplies were organized and distributed from the Kabul Military Training Center, officials said. Nearly one-third of the country has been affected by the flooding, relief officials said.

More than 80 people have been killed and about 75,000 more have been displaced, according to officials of the U.N. relief agencies. The flooding was caused by annual snow melt and heavy rains.

Aid distribution has been hampered by both security conditions and damage to infrastructure, according to relief officials.