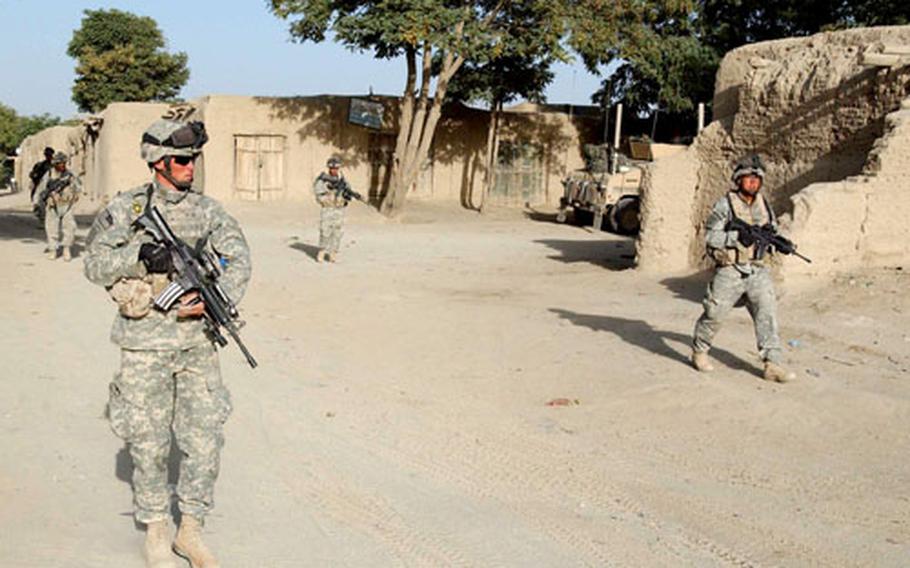 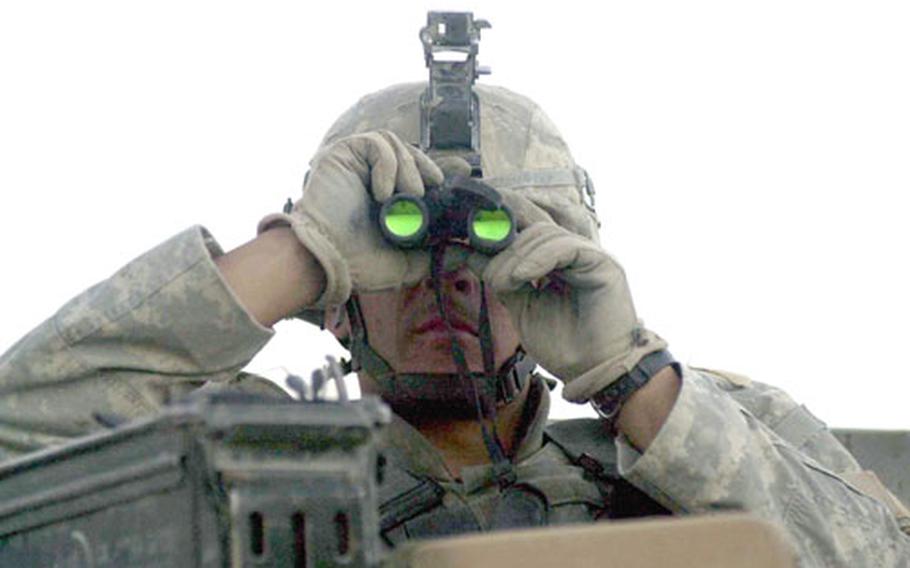 Pfc. Michael Cloutier peers through binoculars as American and Afghan soldiers try to flush out the trigger man of a roadside bomb that destroyed a Humvee on the first day of Operation Mountain Fury in Ghazni province, Afghanistan. No one was injured in the explosion. (Michael Abrams / S&S) 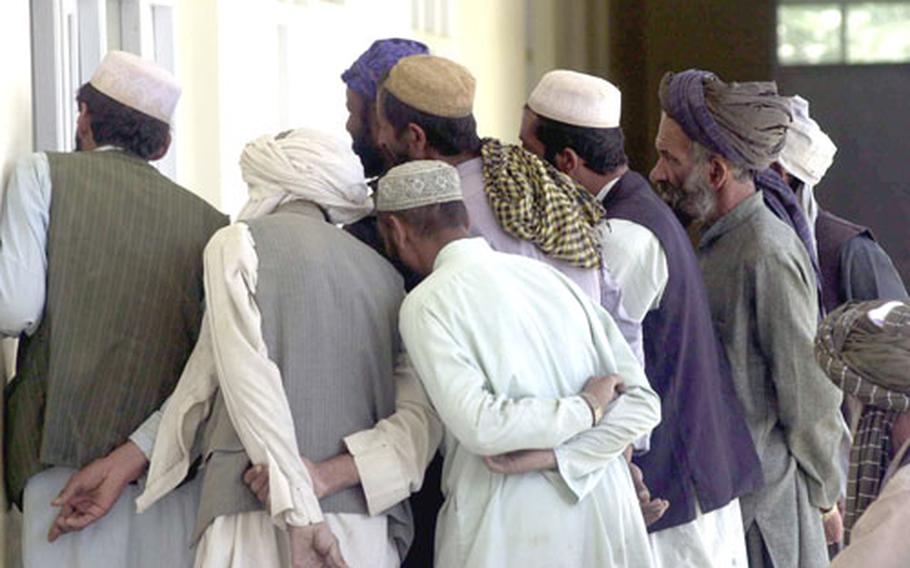 Locals try to listen in on a meeting between Lt. Col. Chris Toner and local elders in Miri, Afghanistan. (Michael Abrams / S&S) 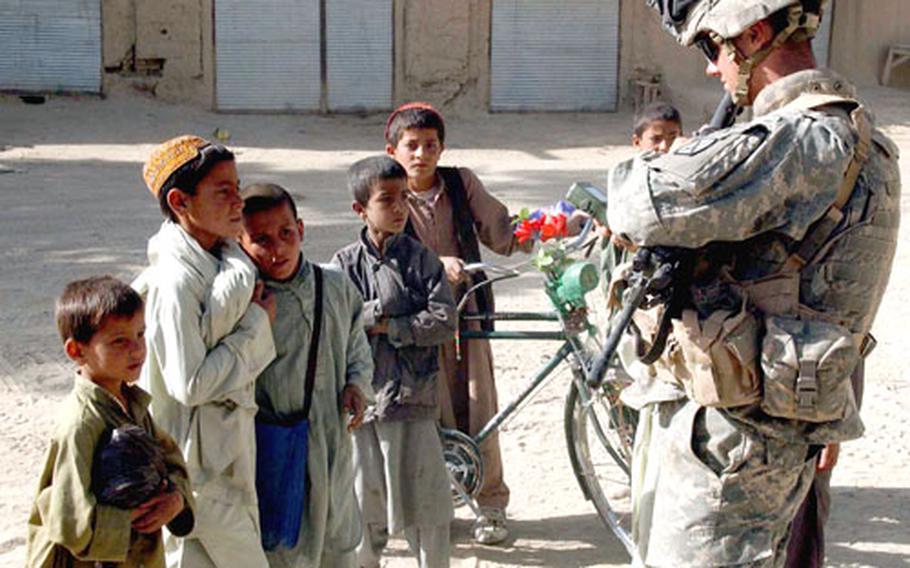 Afghan kids watch with interest as Spc. Dustin Wagoner gets a GPS reading in Miri on the first day of Operation Mountain Fury. (Michael Abrams / S&S)

Howitzers were already in place, and an air show flew overhead: a predator drone, an F-15 and two pairs of Apaches.

The convoy briefing for the 2nd Battalion, 87th Infantry Regiment was brief and somber. In case of enemy contact, &#8220;We fight through, we keep moving,&#8221; instructed Capt. Bill Adams. And lastly, no one could be allowed close. There was intelligence that a suicide-bomber was looking for the convoy, bound from Forward Operating Base Sharona about 30 miles west to the Andar District in Ghazni province.

Speculation ran rampant on what might be encountered. Ten Taliban fighters? More? Would they put up a fight? Would they already be gone? The grunts joked about watching &#8220;Black Hawk Down&#8221; again and about their &#8220;Arlington or Bust&#8221; bumper stickers before heading out.

The mission was to find and rout Taliban from the district, and restore a governmental presence after local officials and police had reportedly been chased from the new district center. The push was part of a countrywide offensive called Operation Mountain Fury.

The convoy took no fire. It did stop several times for communications checks. And it rolled into the dusty, desolate town of Miri, population 10,000, after more than seven hours, at a little after 5 a.m.

There were no apparent Taliban in the district center, built last year by the U.S. Agency for International Development, just a dozen Afghan police.

As patrols went out into the area, searching for Taliban and intelligence, Toner met with village elders. More than 30 Afghan men, in a variety of caps and turbans, spoke in loud voices and wagged their fingers as Toner sat listening, his interpreter whispering in his ear.

The townsmen, like those in most places, according to the soldiers, said there were no Taliban in their town, that they all came from elsewhere. &#8220;They&#8217;re never here. They&#8217;re always next door,&#8221; said 1st Lt. John Knox, intelligence officer.

The elders told Toner, who wanted to pay local men to clean up the place before a meeting with government and U.S. military officials, that no one would work. However, a contingent of men showed up Friday morning and started in. And a group of interpreters that went to a local restaurant for food was told they were not welcome, although a second restaurant served them.

The mission to bring the provincial governor to town and leave behind more than 100 Afghan security forces was meant to both intimidate and reassure. Later that night, one U.S. Humvee was hit by a roadside bomb, but no injuries were reported.

A &#8220;show of force&#8221; included Humvees driving around the town and an A-10 Warthog that buzzed once overhead, delighting the Afghan boys in the streets.