U.S. adds $1B to Kaiserslautern economy 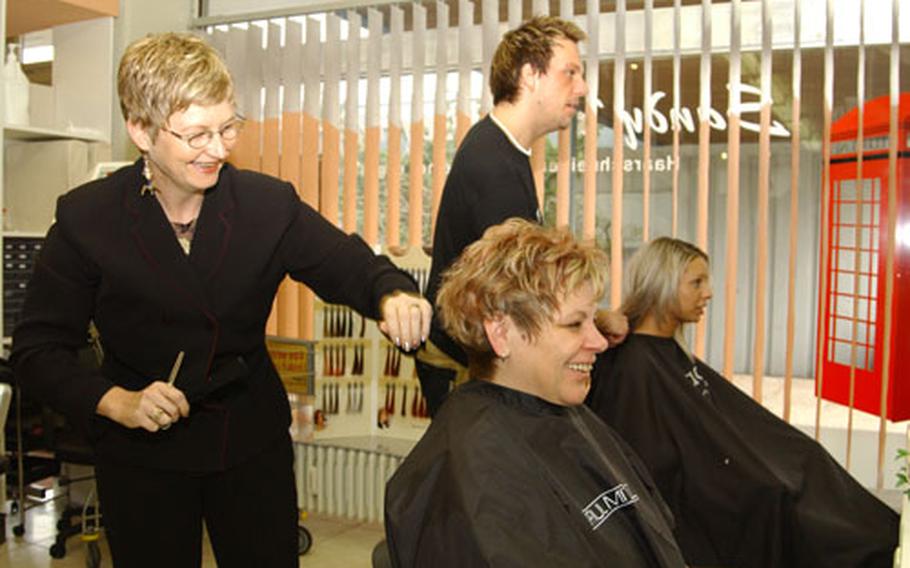 RAMSTEIN, Germany &#8212; The Kaiserslautern area is home to so many Yanks that many simply call the towns and villages in the region &#8220;Little America.&#8221;

In fiscal 2003, the Kaiserslautern Military Community pumped nearly $1.29 billion into the area&#8217;s economy, according to the most recent annual economic impact report. That&#8217;s up by $200,000 from fiscal 2002, said Dane McKenzie, supervisory financial management specialist with the 435th Comptroller Squadron at Ramstein Air Base.

The annual report comes as many U.S. military communities in Western Europe are trembling over the U.S. European Command&#8217;s transformation plan. That plan, spearheaded by EUCOM Commander Marine Gen. James Jones, could shift forces to such places as Bulgaria, Romania and Poland in Eastern Europe and Djibouti in Eastern Africa.

That may mean the U.S. military presence of about 100,000 troops elsewhere in Europe might dwindle.

However, Jones has pledged to keep several U.S. bases in Germany, including the air bases at Ramstein and Spangdahlem and the Army training area at Grafenw&#246;hr. The future of some of the Kaiserslautern area&#8217;s Army population &#8212; about 4,800 troops and 6,500 dependents &#8212; hasn&#8217;t been singled out for discussion.

The economic impact report is prepared every year by the base comptroller. It helps give the base and community commanders another tool to justify federal appropriations and to gauge the importance of the American presence, McKenzie said. If, for example, there was talk of closing Ramstein, the commander would have a way to illustrate the massive blow on the local community.

For Sandy Wagner, owner of Sandy&#8217;s Hairstyling Salon in Kaiserslautern, a troop departure would greatly affect the way she does business, she said. Roughly 70 percent of her clientele is American.

The report also factors in the 6,190 host-nation employees who draw their salaries from the military community.

And the region is expected to reap increased benefits from the American presence here at least through next year as Rhein-Main Air Base closes, transferring airlift duties and some personnel to Ramstein.

That may also boost the already hefty amount spent on construction, services and materials in the KMC, which is worth nearly $179 million a year, the report stated.

One of the biggest boons to the local economy is the money spent on housing, McKenzie said. Military members pay about $129.5 million in off-base housing costs, with nearly half of that being paid by civilians.

&#8220;We live here about 50 years with U.S. citizens and we understand a little bit [about] the American way of living &#8230; a built-in kitchen, all the light fixtures in, the curtains stay, the wardrobes stay,&#8221; said Peter Scherer, who tries to outfit his properties according to American standards.

&#8220;Our economy needs the American families here,&#8221; said Scherer, who leases 10 of his 14 Ramstein/Landstuhl area properties to Americans.

At her salon, Wagner employs 12 people, all of whom are German. Troops leaving the area in the future, however, may mean a smaller staff, she said.

In addition to servicemembers and their families, workers brought in for Ramstein Air Base&#8217;s ongoing construction projects also contribute to the local economy.

&#8220;The effect is like a domino effect. If you see it if the base closed, you would see this domino effect in the other way, and it&#8217;s absolutely clear that it would definitely impact the whole area.&#8221;