U.K.-based troops take to the skies to train Malian forces 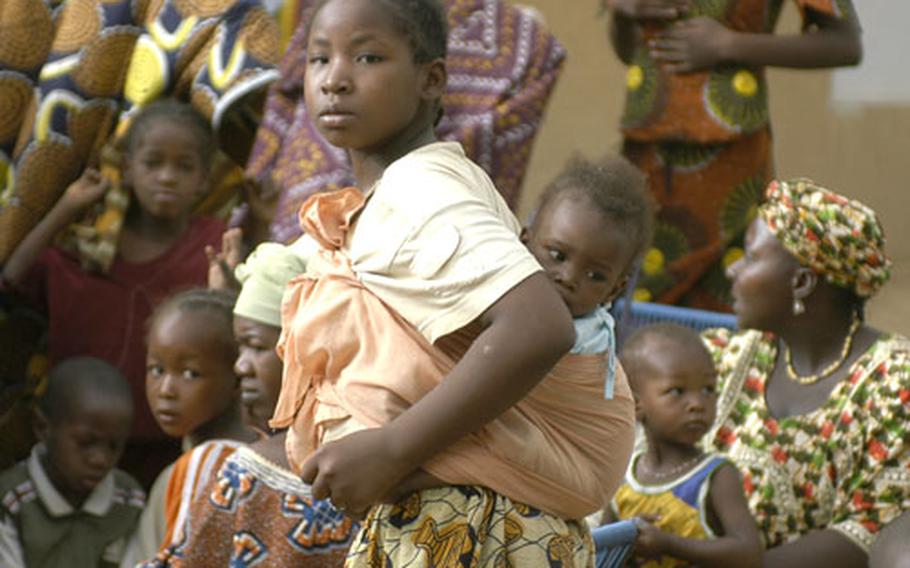 A Malian girl carries a young child outside of a U.S. military clinic in the West African country. (Photo courtesy of U.S. Air Force)

A Malian girl carries a young child outside of a U.S. military clinic in the West African country. (Photo courtesy of U.S. Air Force) 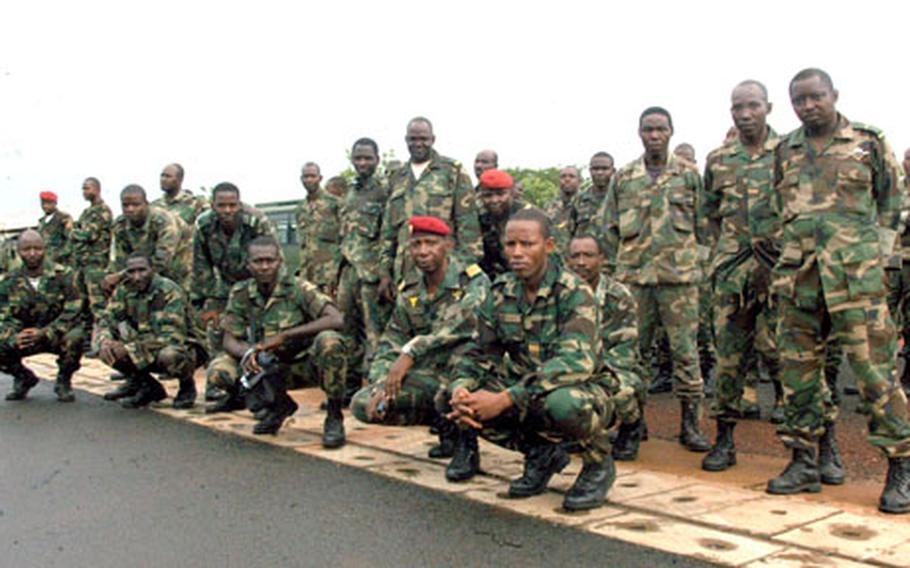 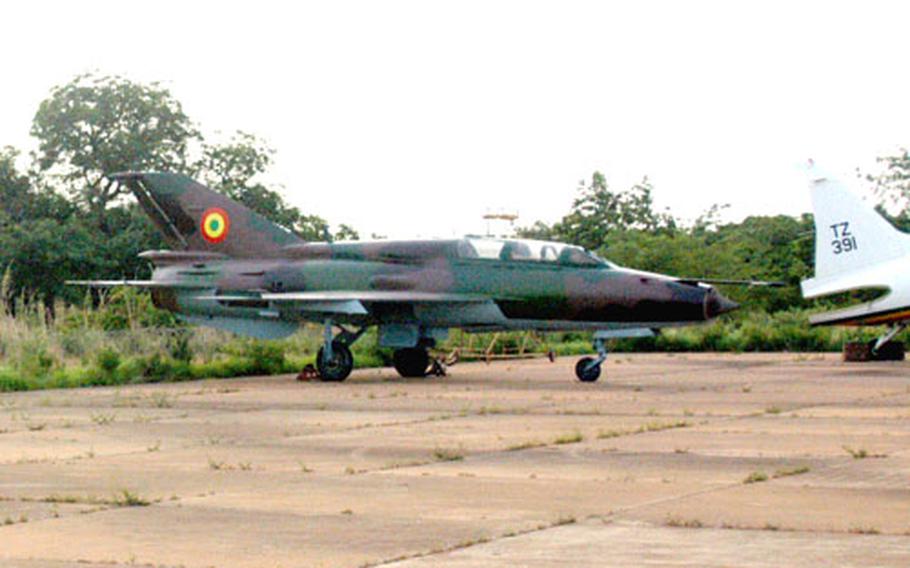 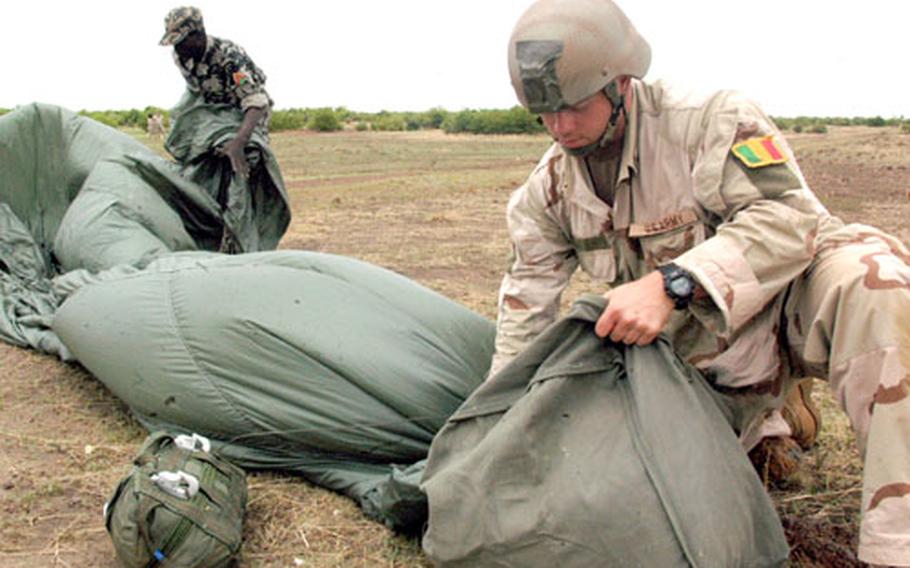 A member of the 1st Battalion, 10th Special Forces Group gets a hand from a member of the Mali army as he repacks his parachute following a combined jump between the U.S. military and the Mali Army. (Bryan Mitchell / S&S) 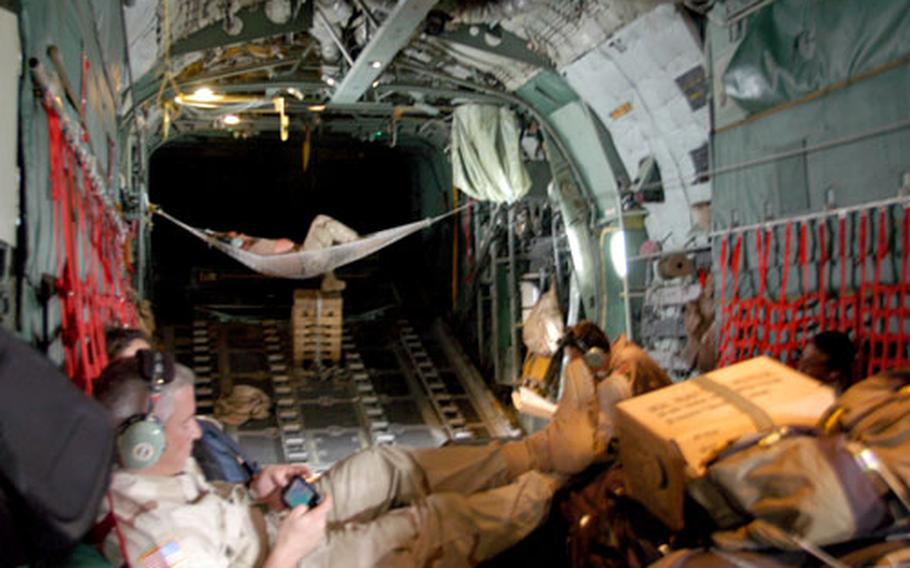 BAMAKO, Mali &#8212; The parachutists appear at first as dots, barely visible in the African sky as they emerge from the U.S. Air Force Special Operations C-130 circling above the capital.

Then the parachutes spring open and the 10-man stick forms a line of gently floating troops, all aiming for the neon orange marker designating the desired impact point.

Dozens of U.S. Army Special Forces and elite Malian paratroops emerge from the C-130&#8217;s rear door over the course of the afternoon as the plane performs &#8220;racetrack&#8221; circles above the drop zone. But Maj. Doug Orman takes home the unofficial trophy for landing closest to the marker.

Orman may be pumped, but the Air Force and Army doctors on hand wait with bated breath as each stick leaps from the plane toward the drop zone, strewn with grapefruit- and basketball-sized orange volcanic rocks capable of inflicting serious injuries.

&#8220;I can deal with a couple of rolled ankles and some bumps and bruises, but what I am concerned with is spinal cord injuries,&#8221; said Maj. Sean, a physician with the 1st Battalion, 10th Special Forces Group, who can be identified only by his first name and his rank because of security concerns, according to the European Special Operations Command.

The combined jump is the culmination of roughly six weeks of training between the Special Forces and the Malian army.

&#8220;We call this a friendship jump, but this is so much more than just that,&#8221; Orman said moments before he traded Airborne pins with his Malian counterpart. &#8220;This builds an enormous amount of camaraderie and demonstrates their capability and familiarization with the equipment.&#8221;

Orman, a veteran of several pre- and post-9/11 deployments to Africa, boasted of his increased capabilities thanks to the support of the Air Force.

The RAF Mildenhall-based 352nd Special Operations Group provided air support to the ground troops and lent a doctor to the Army when its own physician fell ill.

U.S. Air Forces in Europe Air Mobility Command provided C-17s to shuttle equipment between Europe and Africa. A 100th Air Refueling Wing KC-135 rendezvoused with the C-130 above the Atlantic Ocean to avoid landing for fuel and lengthening the already 10-hour journey from England to Senegal.

The 352nd, which ran its operation out of a U.S. State Department-leased garage at the Dakar International Airport in Senegal, sent roughly 100 troops to participate in the mission.

The troops were in Algeria in the spring helping train the local army to combat the GSPC, a fundamentalist Islamic militia intent on overthrowing the local government and installing a Taliban-style theocracy.

The campaign, however, is designed to do more than train local militaries, according to Col. Brian Cutts, the 352nd deputy commander.

Cutts pointed to the military&#8217;s work in Central and South America to train military and instill democratic principles as a model for the Trans-Sahara campaign.

&#8220;A lot of Americans have not noticed, but democracy has swept across that region,&#8221; Cutts said. &#8220;We want to do the same things we have done there: train the young guys in the rule of law and how the military serves a democratic government.&#8221;

Based on the enthusiasm shown by the Malian army during the combined jump and the country&#8217;s 14 years of successive democratic elections, the campaign already may be bearing fruit.

Malian army Col. Togola Boudacar, who trained at Fort Knox, Ky., as an armor officer in 1981, concurred with Orman.

Language: Officially, French; Bambara is spoken on the streets.