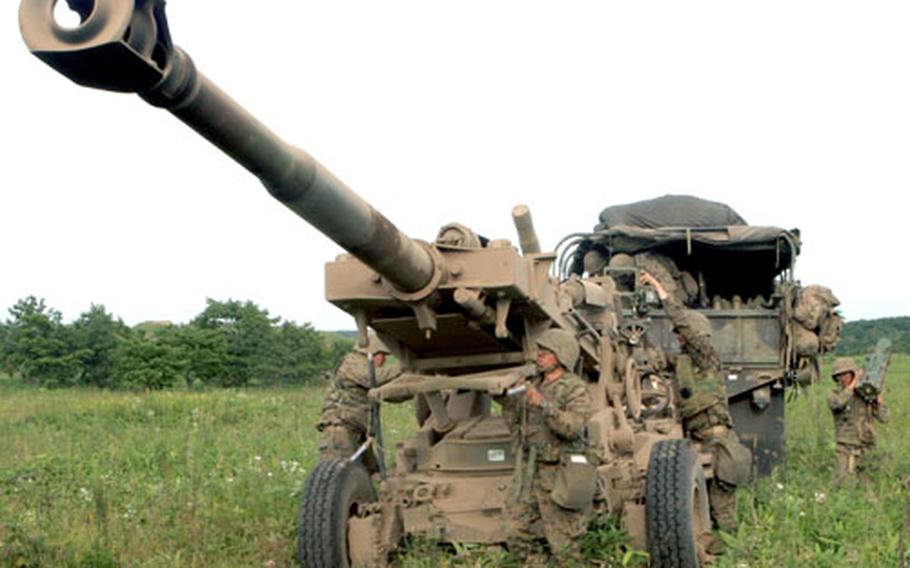 Marines with the 12th Marine Regiment from Camp Hansen, Okinawa, set up a 155 mm howitzer in preparation for live-fire training in Hokkaido. (Cris Korhonen / Courtesy of U.S. Marine Corps)

Marines with the 12th Marine Regiment from Camp Hansen, Okinawa, set up a 155 mm howitzer in preparation for live-fire training in Hokkaido. (Cris Korhonen / Courtesy of U.S. Marine Corps) 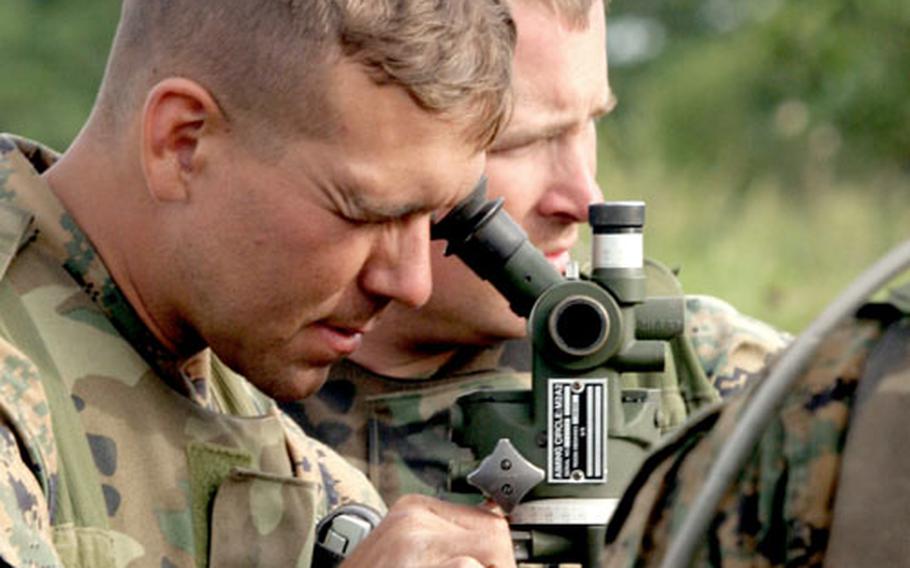 CAMP FOSTER, Okinawa &#8212; Typhoon Nabi missed Okinawa earlier this month but its remnants eventually caught up with some Marines sent from Okinawa to Hokkaido for a live-fire artillery exercise.

Almost 400 Marines and sailors with the 3rd Battalion, 12th Marine Regiment, of the 3rd Marine Division at Camp Hansen, found themselves ankle-deep in muck and mire after Tropical Storm Nabi hit Japan&#8217;s northernmost prefecture on Sept. 7.

It made the training a little more intense, said Marines taking part in the exercise.

The United States and Japan agreed in December 1996 to discontinue live-fire training on Okinawa and instead deploy members of the 12th Marine Regiment to five training areas maintained by Japan&#8217;s Self-Defense Force on the Japanese main islands.

The 12th Marines began the latest exercise Sept. 5 in the Yausubetsu Maneuver Area in Hokkaido.

&#8220;The purpose of our training is to maintain operational readiness,&#8221; said Lt. Col. Samuel Studdard, the regiment&#8217;s commanding officer.

That includes digging in, setting up ammunition and powder pits, aligning the weapon for proper firing and setting up communications and security around the perimeter, according to the news release.

&#8220;They have to quickly pack up everything in minutes when they get marching orders,&#8221; Studdard stated. &#8220;Sometimes as many as three times during the day and even during the night.&#8221;

The job was made a bit more difficult after Typhoon Nabi turned the exercise area into a marshland. But noncommissioned officers such as Moates &#8220;step up and take responsibility,&#8221; stated Capt. Thomas Parker, Moates&#8217; battery commander. &#8220;We have been short-staffed and everybody has moved up to do the jobs above them, as well as continuing to do their primary jobs.&#8221;

After the exercise, the Marines plan to conduct community relations visits, according to Studdard, who emphasized the need to spend time with people in the region.

&#8220;Its important for our Marines and sailors to understand the culture,&#8221; he stated. &#8220;It is a very ancient and honorable culture. It&#8217;s equally important that the local citizens understand the Marines and where they come from and what we are trying to accomplish.&#8221;