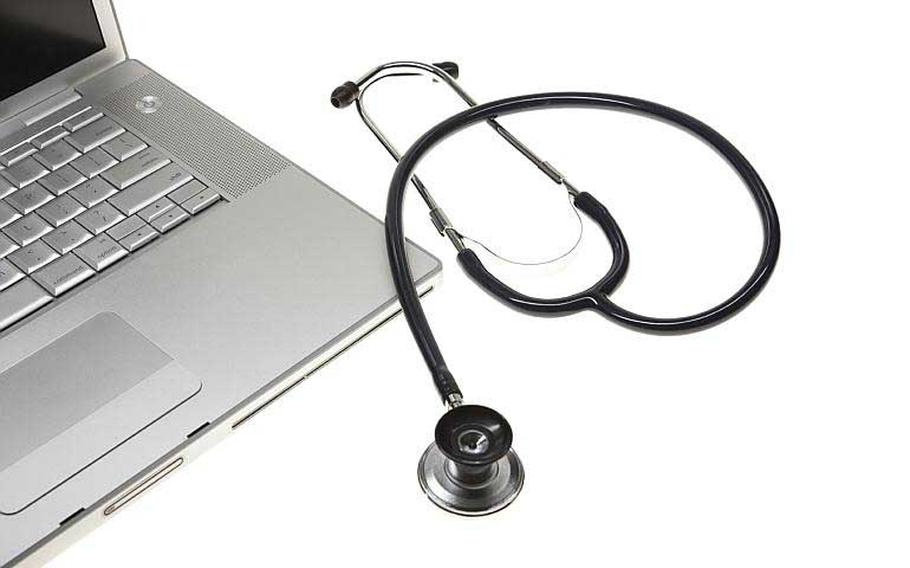 WASHINGTON &mdash; Two years ago, leaders from the Defense Department and Veterans Affairs promised to redouble efforts to make seamless, lifetime medical records a reality for troops enlisting in the military.

Now, officials acknowledge it could take up to six more years to get the agencies&rsquo; separate digital medical records systems coordinated. Information technology experts say departmental infighting is hobbling the effort, and question whether the agencies will be able to stick to even the six-year estimate, considering their rocky past.

Veterans groups are frustrated as well, especially with a wave of Iraq and Afghanistan veterans already beginning to seek health care services at VA facilities.

&ldquo;Every year they talk about a new plan,&rdquo; said Jacob Gadd, Deputy Director for Health Care at the American Legion. &ldquo;They just need to pick one that works and move forward already.&rdquo;

Patrick Murray, a Marine corporal who lost his right leg to a roadside bomb in 2006 in Iraq, said he had heard horror stories about transitioning from military medical care to VA doctors, in large part because of the medical record problems. Sure enough, when he sent his paperwork in, it got lost.

&ldquo;They found it later in Colorado,&rdquo; he said. &ldquo;I&rsquo;m from Rhode Island, I was stationed in North Carolina, I rehabbed at Walter Reed [in Washington, D.C.], and I was released to Virginia. I have no idea why it ended up there.

&ldquo;Thankfully, it wasn&rsquo;t my originals. I made copies of everything, because I was told that could happen.&rdquo;

Today, he still carries a copy of all his medical records with him to each appointment, just in case doctors need to track his last prosthetic adjustment or verify how he lost his leg. He doesn&rsquo;t have any confidence that all of his past medical records are stored digitally in one place.

&ldquo;And I never take the original (paper copies),&rdquo; he said, &ldquo;because who knows what office they could end up in.&rdquo;

For years, the idea of lifelong electronic medical records has been a dream lawmakers and veterans groups, who complain that veterans shouldn&rsquo;t have to lug thick binders of paper records from doctor to doctor, afraid that key health information isn&rsquo;t stored in a single, accessible system.

President Barack Obama promised to fix that problem just a few months after his inauguration, as part of an ambitious slate of goals for the Department of Veterans Affairs. Department officials vowed that unlike stalled efforts in the past, this time the VA and DOD would work to create a seamless transition for troops taking their medical information from military computers to VA and civilian doctors.

But it took two years just to agree on a way forward. In May, officials from both departments announced their latest plans to develop a joint computerized system, touting the agreement as a giant step forward, even with little results to show for the last 24 months of work.

VA officials acknowledge the process has been complicated by bureaucratic infighting, despite the pledge to work together better this time. Neither agency was willing to give up its legacy health system. The final decision from the department secretaries was to slowly upgrade both networks into a new shared system over the coming years.

Roger Baker, Chief Information Officer for the VA, said that approach bypasses the &ldquo;whose system is better&rdquo; arguments, and allows both agencies to continue operating without having to shut down their records networks.

The disadvantage is time. Coordinating upgrades between two systems adds to how quickly new applications can be put in place &mdash; assuming the two departments can work together.

Earlier this year, the Government Accountability Office chastised the departments for continuing to upgrade their medical records systems separately, even as the two agencies were supposed to be headed toward a joint system.

Baker said the respective department secretaries put an end to separate tracks this spring, forcing administrators to work together. That, he said, was a major breakthrough.

'Weeks or months, not years'

Gadd said officials from both departments are more organized, but have a spotty history of data security and meeting project timelines. Shane Barker, senior legislative associate for the Veterans of Foreign Wars, said that many veterans advocates remain frustrated at the slow pace of progress.

&ldquo;So many of our goals for veterans care hang on proper record keeping,&rdquo; he said. &ldquo;We need a solution to meet the challenge ahead.&rdquo;

Companies outside the process are pessimistic as well.

&ldquo;A bridge program to bring two large systems together should be measured in weeks or months, not years,&rdquo; he said.

Instead of fighting to preserve or upgrade two separate systems, Practice Fusion&rsquo;s typical process is to merge existing data into a single, open platform. Choosing to move ahead with either the military&rsquo;s records or the VA&rsquo;s network could save years of work.

Regardless of the format, Rowley and other records experts said, the most critical work is in the planning and preparation stages. Practice Fusion imports thousands of different types of medical charts into a common format. Rowley said the trick is figuring out the most efficient way to bring those records in.

Lisa O&rsquo;Neil, vice president of solutions development for the technology consulting firm Control Group, said for a project this size &mdash; more than 15 million individuals to track &mdash; those decisions need to be made in the initial weeks of work, not two years later.

&ldquo;For it to take two years to get to this point speaks to a lack of a strategic plan,&rdquo; she said. &ldquo;It sounds like they&rsquo;re going back and doing that now, so maybe now they can move ahead.&rdquo;

Defense officials declined comment on the criticism, saying only that the project is moving ahead. Baker said that those strategic planning conversations have been held &mdash; admittedly, some later than he would have hoped &mdash; and are designed to find the most direct and effective way to get the separate systems to mesh.

No relief for current veterans

Even if the process stays on track, the changes won&rsquo;t address the paper records that some veterans still carry to appointments.

For now, the medical records collaboration and other joint pilot projects are focused only on new patient records. Baker said there are currently no plans to deal with scanning and recording paper military medical records for older veterans.

Instead, work is focused on making the military&rsquo;s digital records match up better with VA&rsquo;s systems, a goal that&rsquo;s still frustratingly out of reach for those involved.

Lori Perkio, who works for the American Legion with wounded troops leaving the military, said that most of her clients, like Murray, have little faith in the promised seamless digital records transfer.

Her clients usually receive a digital copy of their records before they leave active duty, on a CD or a flash drive. But, once they arrive at a VA facility, &ldquo;the first thing they want them to do is print out a paper copy,&rdquo; because it&rsquo;s easier than trying to directly merge military electronic record into the new VA digital system.

To wounded troops, Perkio said, that convoluted process is &ldquo;ridiculous.&rdquo;