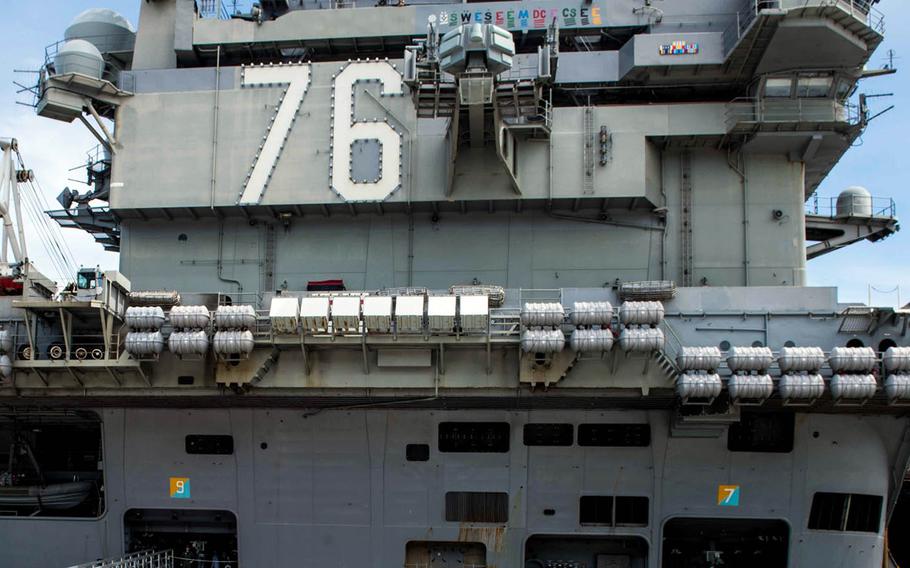 YOKOSUKA NAVAL BASE, Japan — A pair of USS Ronald Reagan sailors is facing charges that include the possession and distribution of a controlled substance, according to criminal charge sheets filed Aug. 30 and a Navy official.

Petty Officer 2nd Class Andrew Miller, a machinist’s mate, is accused of using, possessing and distributing LSD from January to February 2018, according to his charge sheet. Petty Officer 2nd Class Sean Gevero, an electrician’s mate, is accused of distributing LSD and possessing anabolic steroids in February, his charge sheet stated.

Alongside the pair, who are now facing courts-martial, at least three other sailors attached to the aircraft carrier could be charged with using an illegal drug, according to a statement emailed to Stars and Stripes on Monday by Navy Lt. Joseph Keiley, a 7th Fleet spokesman.

Trial dates have not been set.

The Navy first began investigating the possibility of a drug ring aboard the Ronald Reagan on Feb. 6 when it received a tip about a sailor using LSD, according to a Wall Street Journal article published Feb. 9. Japanese authorities were also involved in the investigation when suspicions that the drugs were being sold to Japanese citizens surfaced. They dropped the case in June.