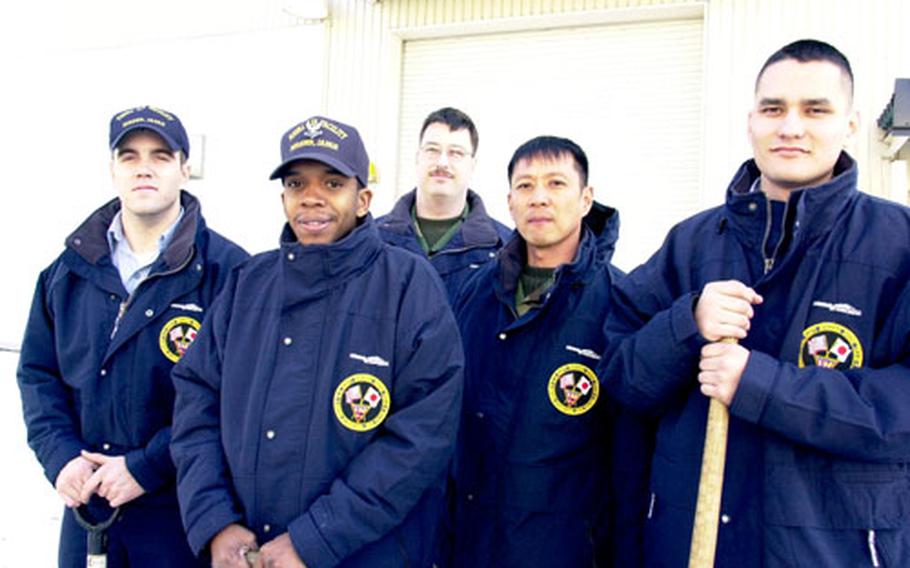 A team of five sailors from Misawa will chisel a six-foot square of ice into Uncle Sam perched on a globe showing the Pacific region and the United States, said team leader Chief Petty Officer Ariel Genido.

While the Navy team participates strictly for fun, a group of five Americans from Yokota Air Base, Japan, is eyeing a trophy in the prestigious international competition.

The Yokota team, one contractor, two military members and a Defense Department civilian who is also a military spouse, represents the United States, but is not affiliated with the U.S. military or government, said team manager Christina Knoblauch. Team members receive permission from the U.S. Embassy in Tokyo and other government channels to call themselves the &#8220;USA snow sculpting team,&#8221; she said.

NAF Misawa will be the only military team with a sculpture in this year&#8217;s festival, according to event organizers.

The sailors started work Saturday and must finish by Wednesday, in time for Thursday&#8217;s opening ceremony.

The festival draws about two million international visitors to Sapporo, the capital of Japan&#8217;s northernmost island of Hokkaido. From Feb. 5 to 11, the city hosts crystal statutes and sculptures, some as big as houses.

The Ground Self-Defense Forces will provide an interpreter and guide as well as lodging for the sailors at Camp Sapporo barracks.

The USA team has a blueprint of their sculpture, and they&#8217;ve been practicing for weeks on clay.

The team will compete against at least 18 other countries in the 31st International Snow Statue Contest. Knoblauch said it&#8217;s extremely competitive.

Blocks of snow are hosed down with water until they freeze. Judging and the award ceremony is Feb. 7.

The USA team covers most trip costs for members, including team uniforms, airfare, transportation to the airport, a per diem, incidentals, and a couple of meals, Knoblauch said.