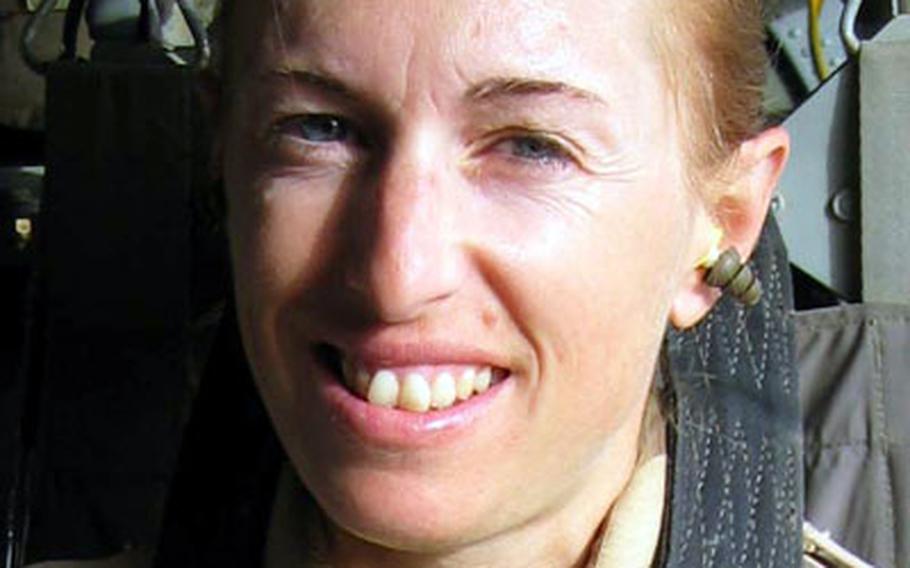 RAMSTEIN AIR BASE, Germany &#8212; During his yearlong deployment to Iraq, Tech. Sgt. Matthew Walter helped teach more than 250 Iraqis the finer points of base protection. His most valuable lessons, however, didn&#8217;t come from inside a classroom. They often came "outside the wire" while under fire.

Master Sgt. Jennifer Kersey helped write the book used to help train hundreds of Iraqi soldiers in force protection. She also ensured Air Force trainers like Walter had everything they needed to do the job.

Both Ramstein-based security forces airmen officially received Bronze Star Medals this month for their work in Iraq. The decoration is awarded to servicemembers who display meritorious service in a combat zone.

Walter, 29, of Reynolds, Ind., was part of a team of eight Air Force members assigned to Camp Habbaniyah, a base in western Iraq attacked often during his tour between September 2005 and July 2006. He helped provide life-saving aid to wounded coalition members and repaired a vital base communication system destroyed by a direct hit, according to his award narrative.

On a convoy between Fallujah and Habbaniyah, their vehicles got hit by two roadside bombs. Walter "displayed coolness under fire," the award reads. He took out the "immediate threat" as the machine gunner on the mission, resulting in no coalition casualties in the attack.

Toward the end of his assignment, things did get better in terms of insurgent attacks on the base. Attacks seemed to go down, he said, as the Air Force trained the base protection team and the Army and Marine Corps built up patrolling Iraqi units.

Kersey, 34, of Exeter, N.H., served as the military working dog handler program manager and training and resources superintendent at Balad Air Base during her tour from January to July. But she spent most of her days traveling across some of the most hostile parts of the country, visiting and supporting the 230 airmen with 332nd Air Expeditionary Wing scattered at 37 sites.

"It was a little bit scary at times," she said. "But it was well worth it."

The military working dogs in the program that she led found dozens of weapons caches and allowed for the seizure of thousands of pounds of munitions and components that could have been used by insurgents to make bombs.

Kersey, who has 15 years of service, developed the lesson plans used to train 1,500 Iraqi soldiers in force protection.

To airmen working alongside Army units at austere bases, Kersey was often their Air Force lifeline. She got the equipment they needed and stuck up for airmen in disagreements with their Army units.