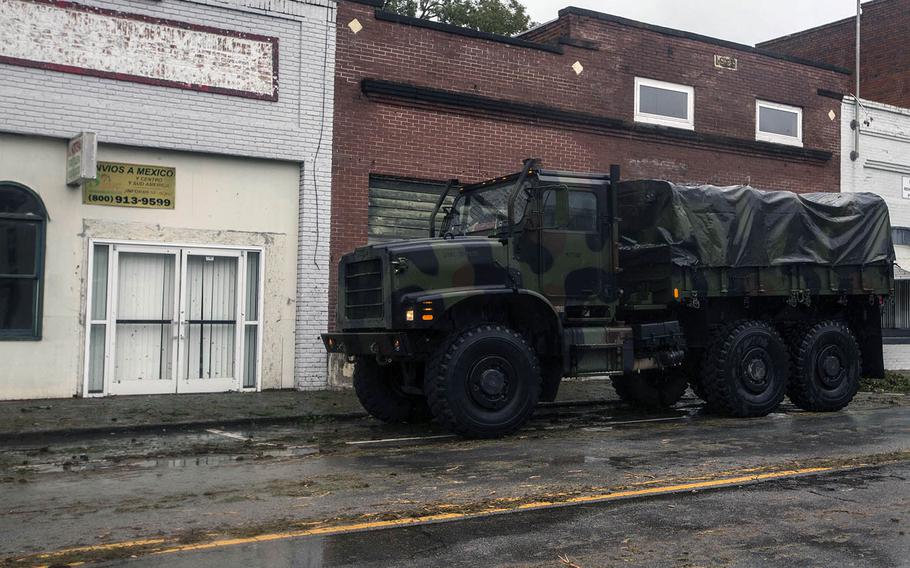 CAMP FOSTER, Okinawa — The Marine Corps is investigating after a pair of Marines were injured Friday when their utility vehicle crashed along an Okinawa highway.

The incident occurred at approximately 4:40 p.m. in the Yamashiro, Ishikawa, area of the Okinawa Expressway, the Okinawa Times newspaper reported. The 7-ton, camouflage truck was northbound when it struck the wall on the roadway’s left side, then crossed both lanes of traffic to the right, crashed through the median, crossed the two opposing lanes, crashed through a guardrail and rolled down a 30-foot embankment.

There were no brake or skid marks found on the roadway, according to the newspaper.

The truck — the type often used to ferry troops or carry supplies — came to rest on its roof, according to the newspaper. No civilians were hurt, and no civilian vehicles were damaged in the incident.

The Marines inside the truck — an unidentified 20-year-old driver and a 26-year-old passenger, both assigned to the III Marine Information Group at Camp Hansen — were treated at U.S. Naval Hospital Okinawa for minor head and neck injuries, Okinawa Times and Marine Corps officials said.

“We are currently investigating the cause of the incident,” III Marine Expeditionary Force spokesman 1st Lt. David Mancilla told Stars and Stripes in an email. “The safety and well-being of our service members and Okinawan neighbors is of the utmost importance and we strive to ensure the safe operation of all Marine Corps vehicles on local roadways.”

Alcohol does not appear to be a factor in the crash, Okinawa Times reported, citing police sources. Police hope to interview the Marines once they recover to determine the cause of the crash.