Two Germans cause alarm after shooting blanks near Army base 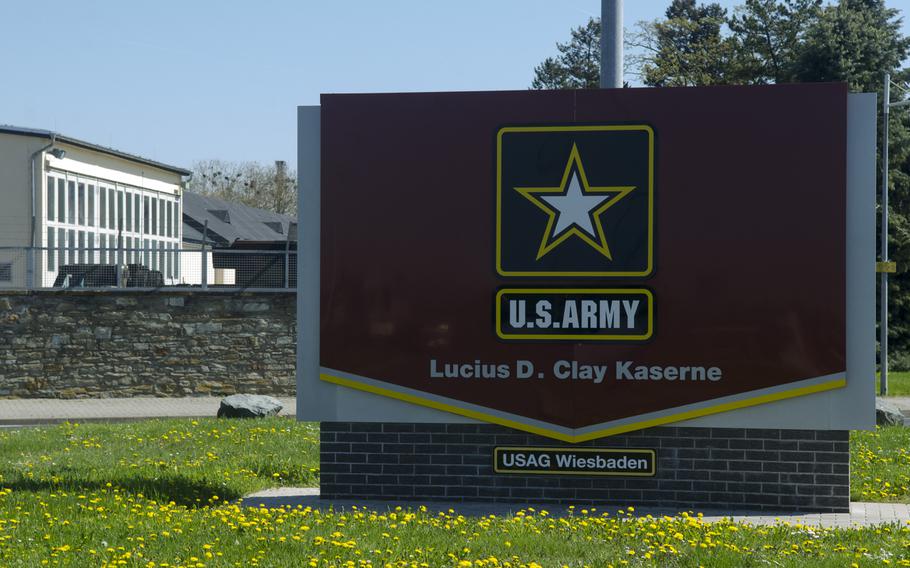 Two German men were taken into custody Sunday after police swarmed near U.S. Army Europe’s Clay Kaserne headquarters in Wiesbaden in response to sounds of gunfire in the vicinity of the base.

German police said the suspects fired blanks in the direction of Clay Kaserne’s airfield while driving in a white van. The men, ages 20 and 26, later told police they were unaware that they were firing near a U.S. military base.

The sound of the shots, reported by an area resident, sparked a large-scale police response that included a helicopter. The men used a starter pistol, which was later found in their vehicle, West Hessen police said in a release.

“Both men were driving on L3028 from Nordenstadt to Delkenheim, while firing several shots towards the U.S. airfield out of their moving vehicle,” police said.

U.S. Army Europe said Monday that the entire incident happened off post and that it was unaware of any U.S. personnel being involved in the response.

About 8:40 p.m., police from Wiesbaden and neighboring directorates were deployed to the area.

The suspects were found at their apartments in the Delkenheim industrial area, police said. They were taken into custody and later released.

“The two young men surely learned the lesson that it is not a good idea to shoot into the air with a gun close to a U.S. property,” German police said.