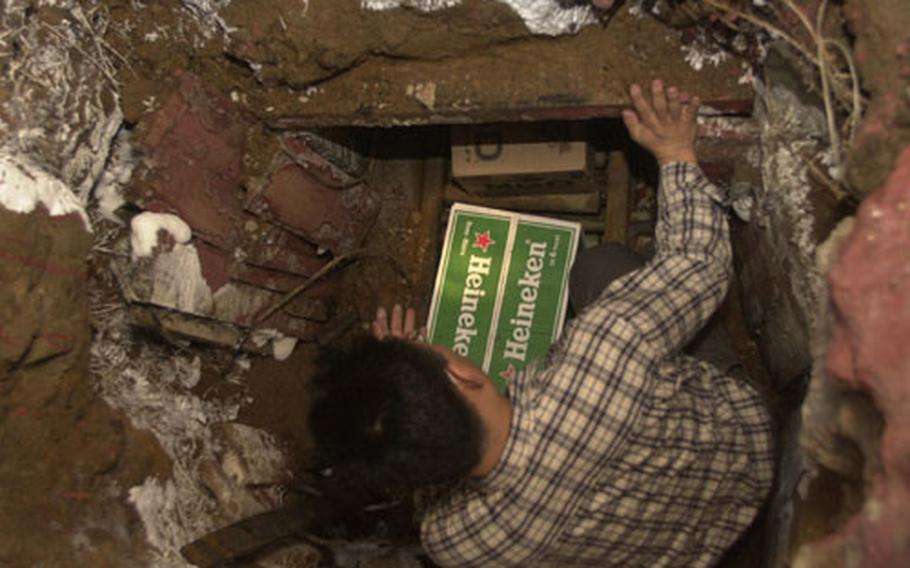 A South Korean customs agent stands in a tunnel that smugglers used to move 62,000 cases of wine and beer from a Hannam Village storage container to a fake storefront off-base. (Joseph Giordono / S&S)

A South Korean customs agent stands in a tunnel that smugglers used to move 62,000 cases of wine and beer from a Hannam Village storage container to a fake storefront off-base. (Joseph Giordono / S&S) 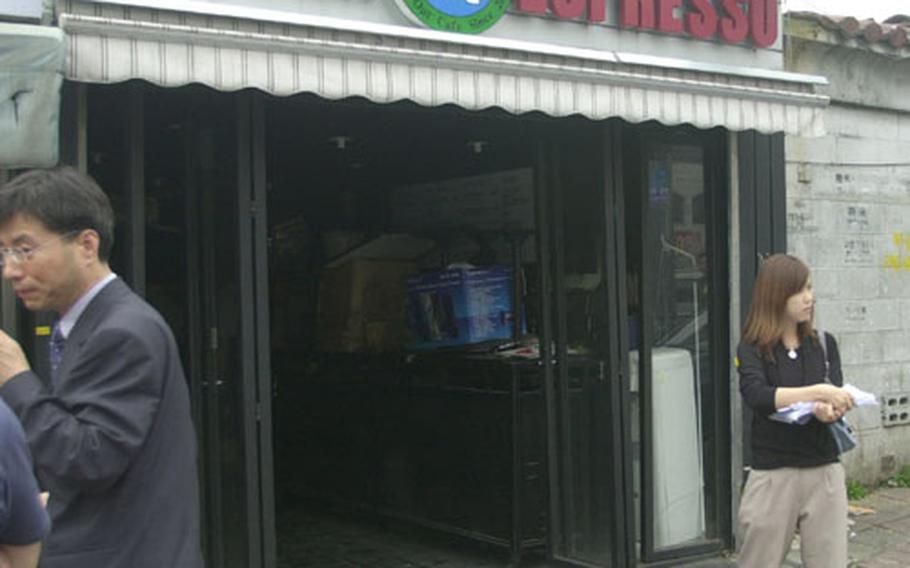 South Korean customs officials say this storefront was used as the end-point for an alcohol smuggling ring on Hannam Village. (Joseph Giordono / S&S) 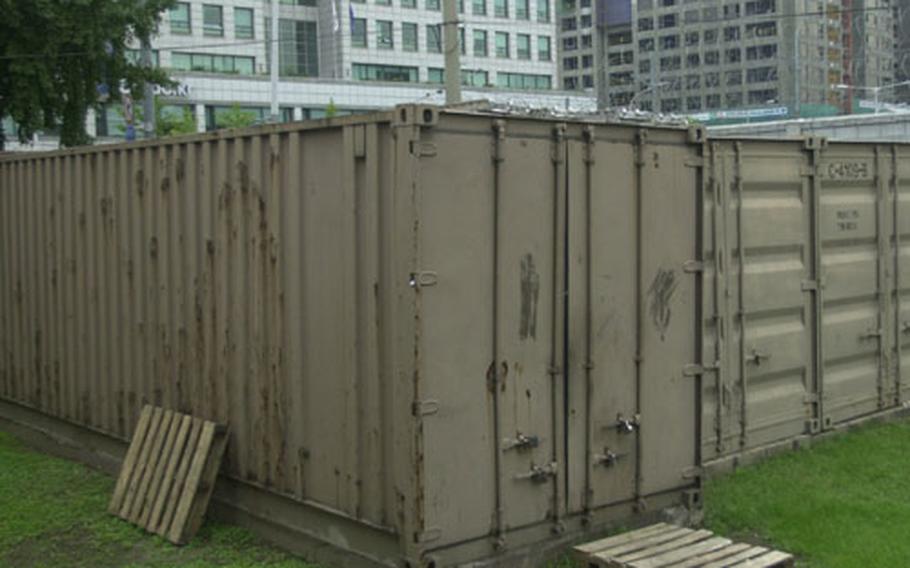 Authorities say that two men smuggled more than 62,000 cases of beer and wine through a tunnel from this storage container under the Hannam Village wall, seen in the background. (Joseph Giordono / S&S)

HANNAM VILLAGE, South Korea &#8212; The former manager of a small Army and Air Force Exchange Service shopette and a South Korean businessman are under arrest after South Korean customs officials busted a two-year smuggling operation that moved 62,000 cases of beer and wine through a 60-foot tunnel under a base wall, officials said Thursday.

South Korean customs officials said the two men would be held for 10 days before being turned over to the prosecutors&#8217; office.

Arrests were pending on more than 25 other people being questioned in the smuggling ring, which netted an estimated $2 million and may be the largest single operation in years, officials said.

The two men &#8212; identified only by their surnames, Song and Lee &#8212; built a fake coffeehouse next to the wall of the Hannam Village housing area in Seoul. Lee then spent more than three months digging a tunnel between the coffeehouse and an on-base storage container, said Oh Tae-Young, the Korea Customs Service&#8217;s head investigator.

Another investigator said the scheme started off much simpler.

&#8220;At first, they used their vehicles. But as time goes by, they got bold and they might have thought they had to come up with a better idea &#8230; and they started digging, I suppose,&#8221; said Lee Saeng-ki, the Investigation Division head at the Seoul Customs Office.

Customs officials said an anonymous caller tipped them off to the operation. They informed the U.S. Army Criminal Investigation Command and worked with U.S. officials on the on-base portion of the investigation.

On Thursday, customs officials announced the arrests and allowed reporters inside the fake store, a small, modern setup called U-Turn Espresso. A few chairs were piled onto a counter and a 4-foot-wide hole had been dug in a corner of the floor.

Investigators said Lee would run the coffee shop as normal for a few hours each day to throw off suspicion. Then, at night, he would back his car into the wide storefront door and load cases of alcohol into the trunk and back seat.

A customs agent stood neck-deep in the tunnel and counted cases of beer that were still inside. The cases of beer rested on a rolling track system, which investigators said Lee had installed in the slanted tunnel, letting gravity carry them down from the on-base storage container.

Just 60 feet away, inside the walls of Hannam Village, there was no evidence of the scheme. The metal shipping container, which sits just yards from a base wall topped with razor wire, sat alone with a simple padlock on its doors. There were no security personnel in sight, and no sign that a tunnel to the outside of the base had been dug.

AAFES employees in the Hannam Village exchange said they had no idea what was happening and were surprised to hear of the arrests.

U.S. Forces Korea officials had no comment, saying only that the case was &#8220;under investigation.&#8221;

A spokesman at AAFES headquarters in Okinawa was not aware of the arrests until contacted for comment Thursday afternoon.

According to Master Sgt. Howard Smith, an AAFES spokesman, records indicate that a facility manager with the last name Song resigned from the Hannam Village exchange this July. Smith said AAFES would cooperate fully with any investigation stemming from the arrests.

It is unclear how the vast quantities of smuggled beer and wine were not missed in inventory checks or sales receipts.

According to South Korean investigators, Lee would sell the smuggled booze to vendors in a marketplace and bars in different Seoul neighborhoods.

Smuggling and black marketing long have been problems around U.S. bases in South Korea. In June 2001, South Korean police arrested three base employees and 15 other Koreans after they allegedly smuggled thousands of cases of on-base liquor in a U.S.-plated vehicle.

The trio, who worked at exchanges on Camp Howze, Camp Edwards and Camp Giant, would resell the liquor to local vendors and would promote the sales via e-mail and leaflets.

On U.S. bases, access to the post exchanges and shopettes is limited to those with proper ID and ration control cards. Cashiers are supposed to write down how much alcohol is bought and customers sign their names on a control sheet. The sheets are then turned in to the Ration Control Office, which checks to make sure people aren&#8217;t exceeding their purchase limits.