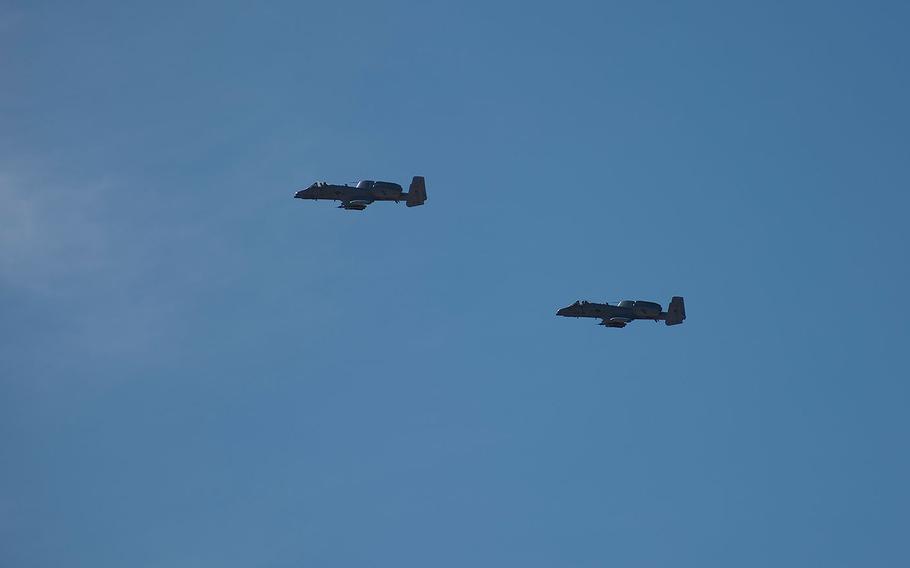 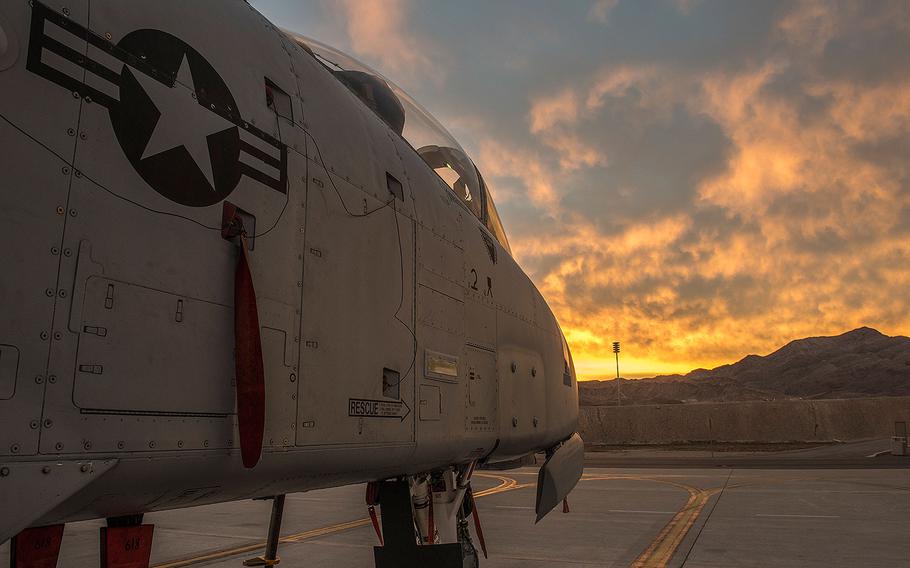 The pilots of both planes ejected safely and were being evaluated Thursday at a military hospital, according to a statement from Nellis Air Force Base in Nevada. They were assigned to the Air Force’s 57th Wing at Nellis, just outside of Las Vegas.

Air Force officials do not know what caused the crash that happened about 8 p.m., local time, Wednesday at the Nevada Test and Training Range, a large military reservation north of Nellis. They said an investigation into the incident would be launched.

The A-10, commonly known as the Warthog, is a single-seat combat jet primarily used to support ground troops from low altitudes. It boasts a 30 mm Gatling gun that can fire armor piercing and explosive rounds at up to 3,900 rounds per minute. It can also carry conventional bombs.

The A-10, which has been in use since the 1970s, was once expected to be cut from service, but top Air Force officials have vowed to continue flying the aircraft through the near future, citing its heavy use in Iraq, Afghanistan and Syria.

Iraqi pilot, Maj. Noor Faleh Rassan Al-Kazali, was killed when the Iraqi F-16 that he was flying crashed about 20 miles northwest of Safford, Arizona. Al-Kazali was stationed at the Arizona Air National Guard’s 162nd Wing at the Tucson International Airport, where he was participating in a U.S. military training program.