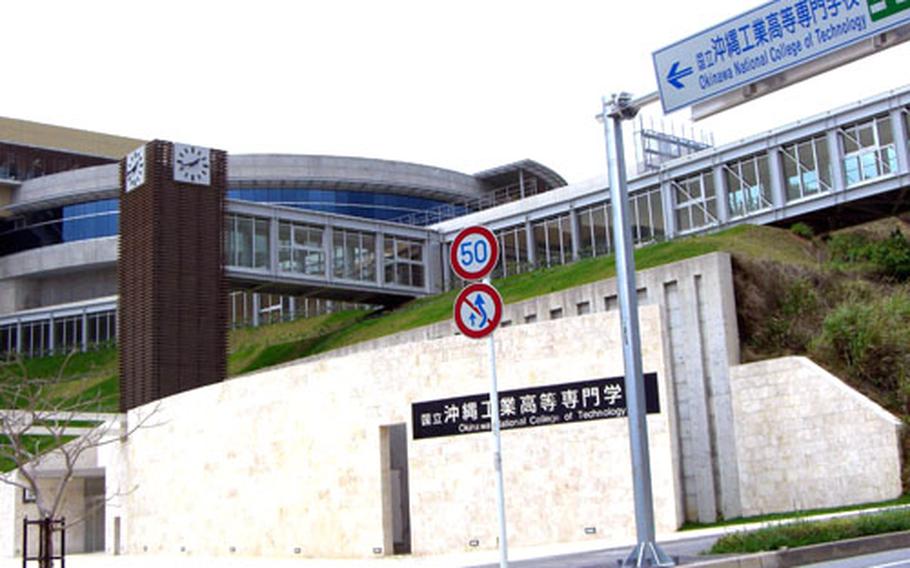 Construction of the Okinawa National College of Technology in Henoko is one of the projects funded with subsidies the Japanese government granted because of the old plan to replace MCAS Futenma with an airport 2 miles off Okinawa’s northeast shore. Now, northern Okinawa communities are hoping for renewed subsidies in exchange for accepting the latest plan to build an air facility on nearby Camp Schwab. (Chiyomi Sumida / S&S)

The officials say they need subsidies to make up for canceling about 100 billion yen (about $8.7 billion) in economic aid they say the central government set up for the area in 1999 when a new Marine air station was planned for an area about two miles offshore.

The Japanese government committed to a 10-year aid program for Okinawa&#8217;s northern region, said a senior official of a 12-community consortium &#8212; but when plans for the offshore military airport were scrapped, the money &#8220;vanished.&#8221;

Half of the pledge was to be for public works &#8212; highways, bridges and port improvements &#8212; and required local governments to match up to half of the subsidy. The other half was in outright grants, Nerome said.

Each of the 12 communities came up with projects, including information technology improvements, a resort, meat-processing plant, brown sugar refinery and a sports facility.

When the offshore plan was scrapped, the consultative body &#8212; with members representing national and prefectural governments and the 12 communities &#8212; was dissolved, Nerome said.

He suggested Tokyo may be wary of creating a new council as long as Okinawa Gov. Keiichi Inamine opposes the relocation plan both governments adopted May 1 as part of a broader realignment of U.S. troops in Japan.

A senior Self-Defense Agency official Wednesday said Tokyo might set up such a council in August &#8212; with or without the prefecture&#8217;s participation, Okinawa newspapers reported Thursday.

Nerome said northern Okinawa communities&#8217; only concern in forming a new council is to ensure everyone gets a slice of the national government&#8217;s pie.

He said mayors of the other 11 towns supported Nago Mayor Yoshikazu Shimabukuro after he decided to accept the new plan to build a Marine Corps air facility at Camp Schwab.