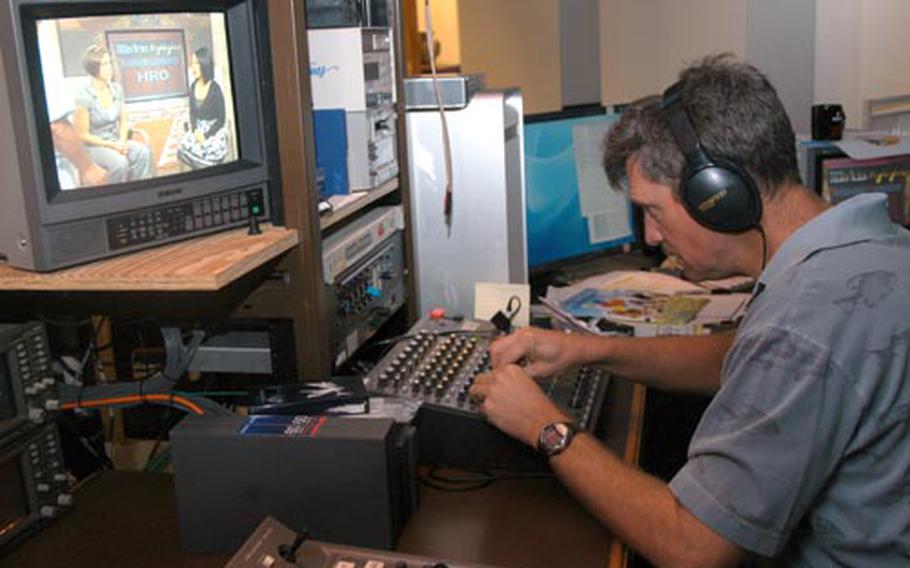 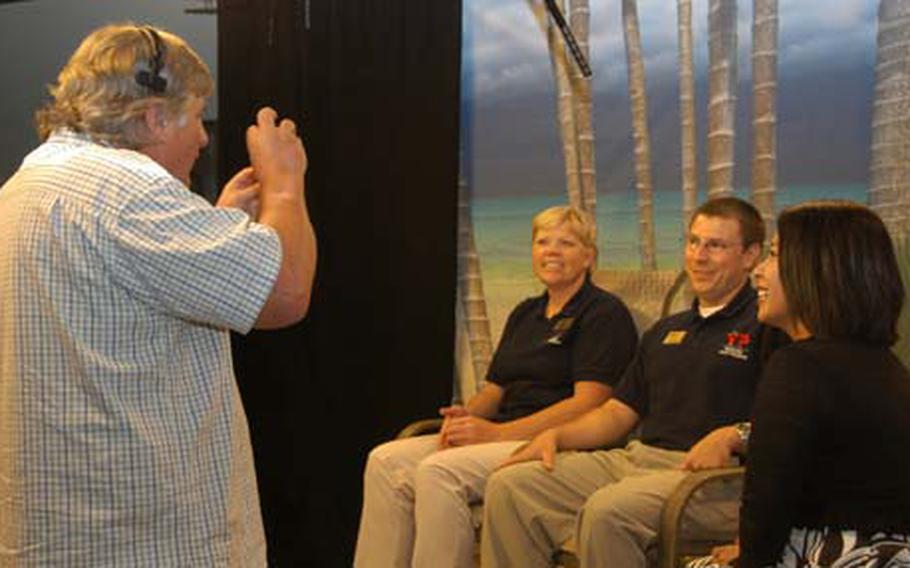 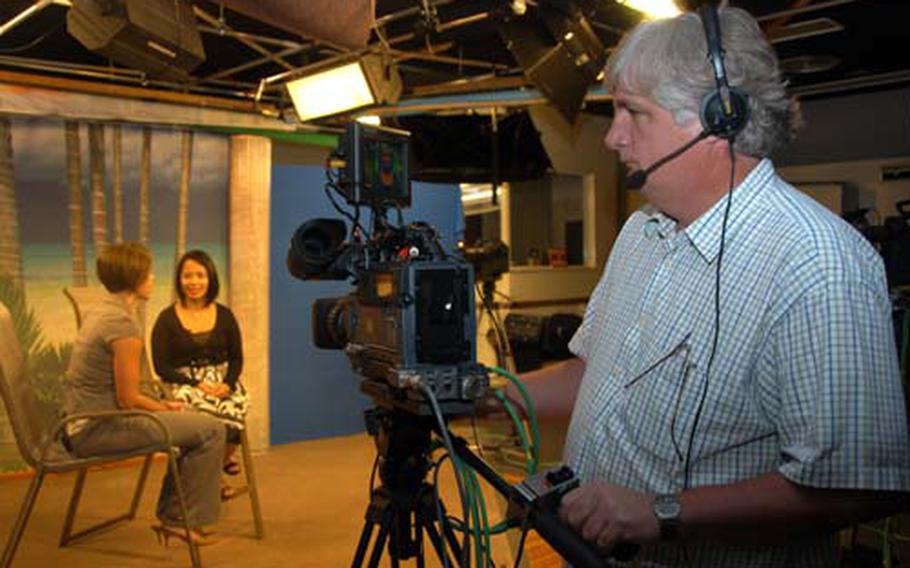 As producer Joe Brown puts it, guests promoting base activities and programs "must become one" with the material quickly.

It creates that live TV feel, the kind you see on "Live with Regis & Kelly."

The popular weekly talk show is one of several programs featured on Kadena Services TV, an independent channel operated by the base&#8217;s marketing department and exclusive to military bases on Okinawa.

The channel, which originally aired only ads, has morphed into a hot spot for the who&#8217;s who and what&#8217;s what on Kadena.

The channel is even available online at the Kadena Services Web site so viewers who live off base can tune in.

Officials say Kadena Air Base is the only air base that has a marketing department with such TV production capabilities.

Most air bases have a services channel on the local cable system that just runs advertising slides.

"We&#8217;ll showcase Chili&#8217;s restaurant and have a sampling of the food, or Risner Sports Pro Shop gets new inventory, and we&#8217;ll have a fashion show. It&#8217;s nice to have that interactive thing," said Jennifer Almendarez, the host of "Highlights" and writer/editor for Kadena Services&#8217; Venture magazine.

It will air Monday through June 30.

Also in the works is a four-ton mobile studio, which would let producers shoot on-location shows and events such as youth football games. There is also talk of more youth programming.

For the most part, the creativity, development, production and Web management rests on the shoulder sof a three-man crew &#8212; leaving little time for editing or room for multiple takes.

"It&#8217;s amazing how well it works," said engineer and webmaster Gary Hughes, who&#8217;s also responsible for the lighting, the sound, the teleprompter, and set construction.

Before a recent taping of "Highlights," Brown offered a word of advice to Nicole Huston, a human resources assistant brought on to discuss job opportunities. If you fall out of your chair, just get back up and keep going," he said. "There&#8217;s no editing, and we only do it once."

With that, the cameras were rolling for show 75.

The crew tapes two "Highlights" segments weekly, usually featuring two guests per show. Other shows and commercials are written and filmed in between the tapings.

The marketing team produces about 20 TV commercials and 40 radio spots a year, said Brown, who&#8217;s acted in several of the commercials.

Despite the pressures, the crew maintains a jovial and sometimes goofy studio atmosphere that translates onto the screen.

Bloopers and highlights from its "The Best of" show indicate just how much fun everyone is having &#8212; whether it&#8217;s Almendarez dancing or teenage boys hamming it up to promote youth center activities.

The programming caught the attention of the Pentagon Channel, which recently picked up seven segments of Kadena Services&#8217; "Get Fit" exercise show that will air globally.

In 2006, a TV spot for the Cheesecake Factory doubled sales in a month, Murdock said. A recent spot on "drive-by dinners" at the base&#8217;s Rocker NCO Club increased meal sales by 20 percent, he said.

"When we first started doing this, no one was watching. Then one day you&#8217;re in the BX, and everyone is looking at you," Brown said.