Turned-in weapons find their way into the furnace in Bosnia 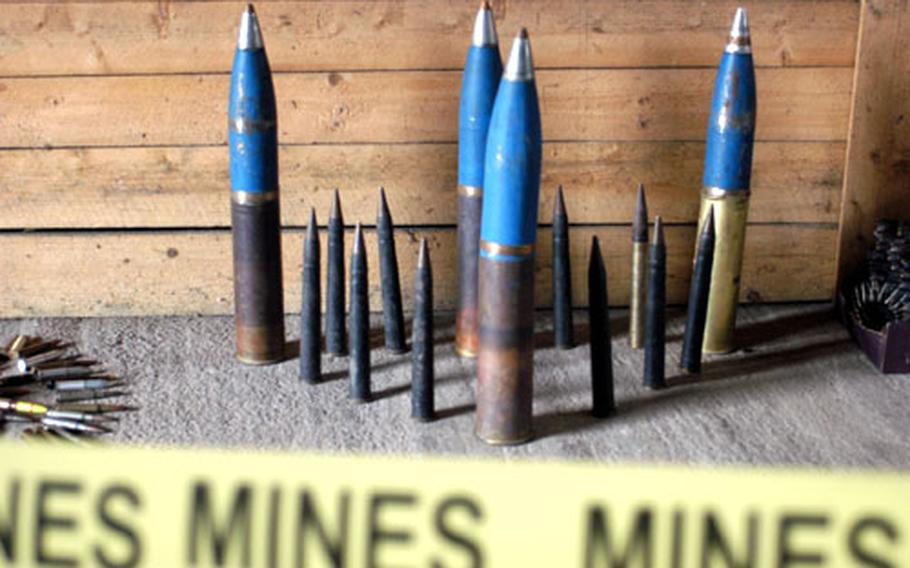 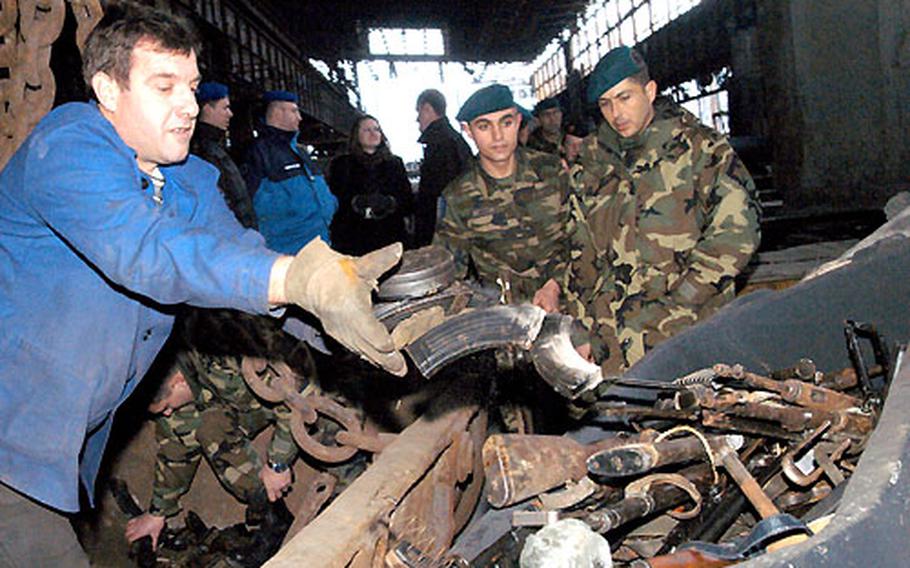 Fuad Brikic, a worker at Zenica steel factory, moves rifles and magazines collected by SFOR into a spoon that will feed the weapons into a steel-making furnace. (Ivana Avramovic / S&S) 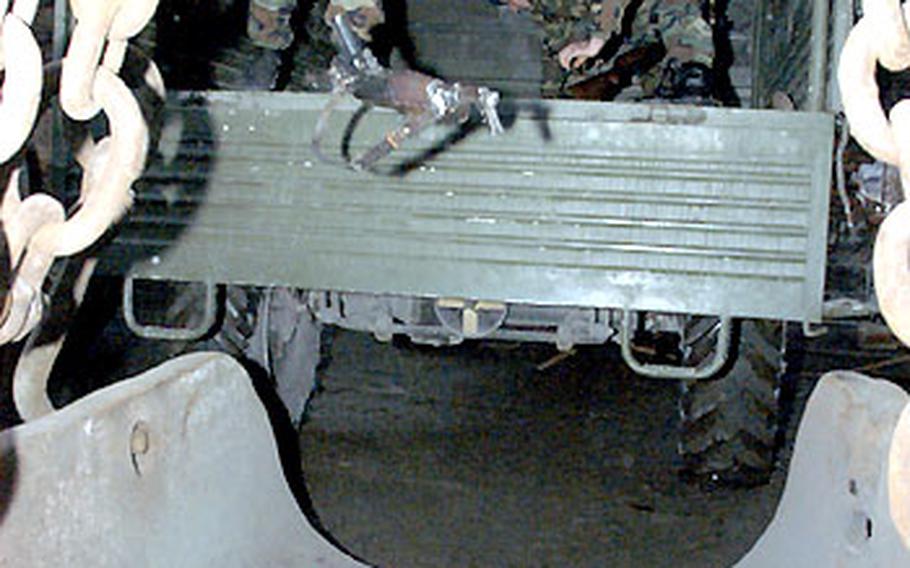 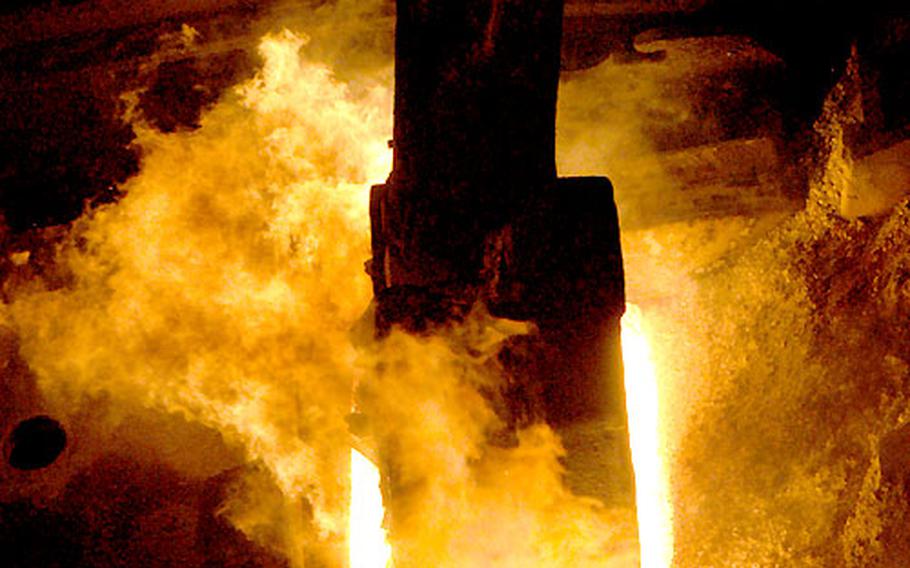 A spoon full of rifles and ammunition magazines is fed into a furnace whose temperatures exceed 2,700 degrees Fahrenheit. (Ivana Avramovic / S&S)

ZENICA, Bosnia and Herzegovina &#8212; Flames spewed out of the Zenica steel factory furnace as the door opened. The steel mill operator moved the spoonful of weapons and ammunition magazines into its mouth, paused a second, and turned it upside down.

Capt. Yasar Cevdet, commander of 3rd Mechanical Company of the Turkish Battalion, was one of the soldiers who went door to door, asking people if they had any weapons left over from the war to turn them in.

&#8220;I feel it is important to collect the weapons, because that type of weapons are just for soldiers, not civilian people, not kids, not old people,&#8221; he said.

Although SFOR troops, local militaries and police collect the weapons year round, several times a year different SFOR units go on the hunt for them.

They organize informational campaigns before heading to local communities so people interested in getting rid of weapons know when the peacekeepers will be in their area.

American soldiers with Task Force Bluesteel stationed at Eagle Base and Camp Connor started another Harvest on Monday in areas they patrol.

While troops know the collected weapons are destroyed, most do not know they go down in flames.

Before placing the weapons in a storage room controlled by SFOR at a Bosnian military camp Turkish Capt. Ziya Kilic and his Explosive Ordinance Detachment removed the charges that will be destroyed separately.

Before the Bosnian war started in 1991, Zenica steel mill was one of the largest factories of its kind in the world, employing some 25,000 workers, said Lt. Col. Michael Evans, the U.S. liaison to the Turkish Battalion in Zenica.

Steel plates cover the holes in the elevated walkway covered with dust in this brick building where corroded frames are the only remains of the blown-out windows.

Piles of scrap metal lying around the building surrounded by a railroad web with old railcars frozen in time and paint flakes on rusted metal surfaces give the factory complex a haunted, movie aura.

SFOR takes its collection there three to four times a year and pays about $100 a ton to have it destroyed.

Some eight hours after the weapons were fed into the furnace, steel poured out of an opening to be forged into future construction material.