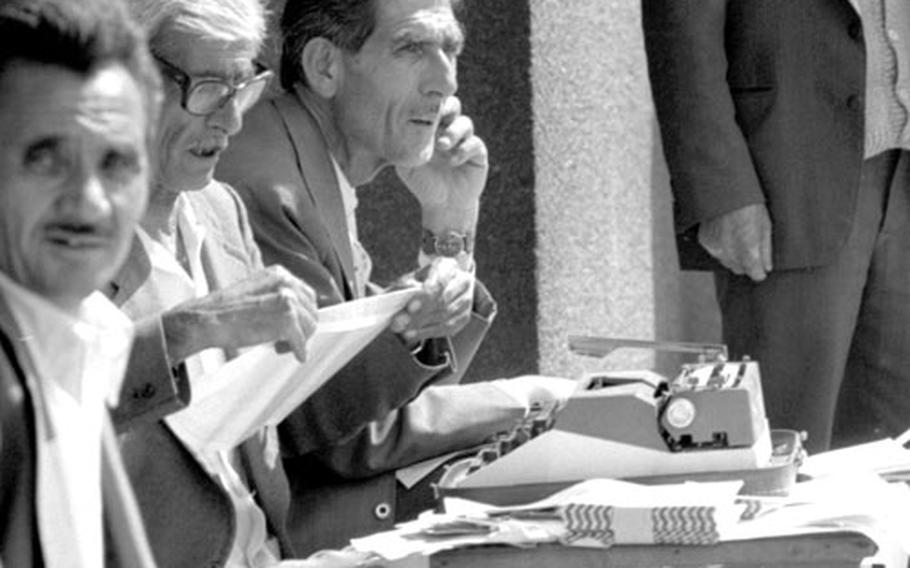 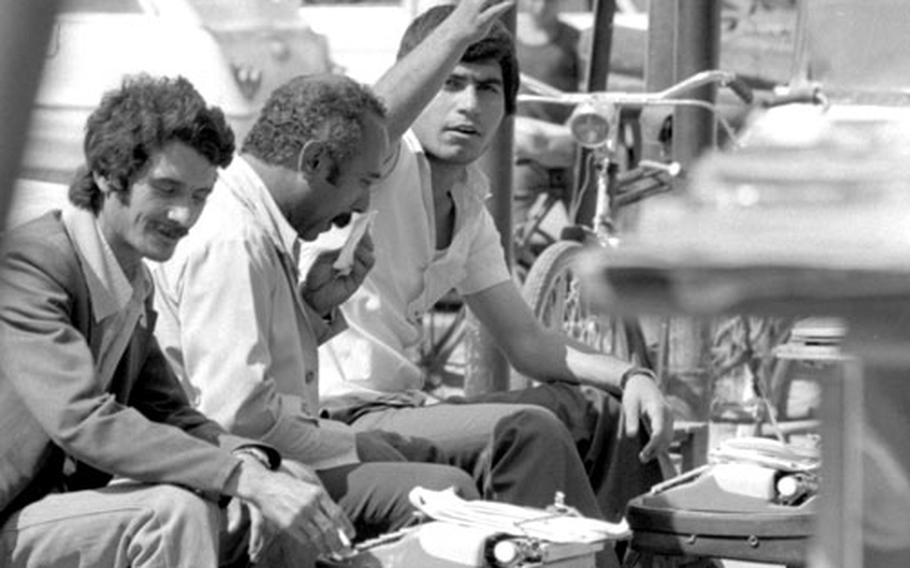 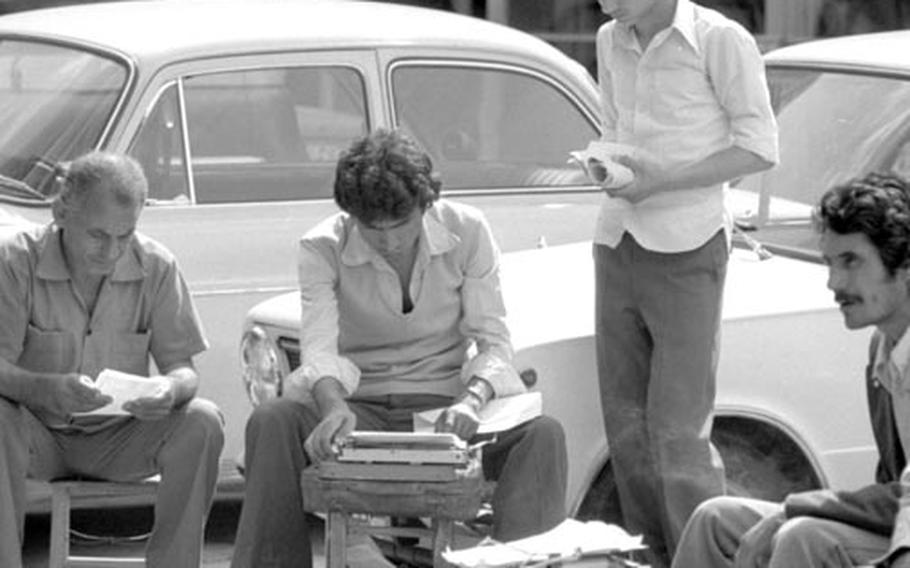 Buy Photo
Typists set up shop outdoors in a square in Adana, Turkey, in May, 1979. (Gus Schuettler/Stars and Stripes)

You won't walk through the streets of Turkish cities very long before you run onto a scene that looks like an outdoor typing class.

Along the sidewalk with their backs to the buildings will be a row of about half a dozen men hammering away at typewriters in studied concentration.

The typewriter tables set the tone. They are either wooden crates or battered stools.

But there is a bit of class here. You know that as soon as you watch the typists' hands. And you know that these are not students. Their fingers &mdash; both of them &mdash; fly over the keyboard with the blinding speed of the talented touch-typist.

There may be none better at typing east of the Bosporus. But you have to know that these men, who have taken the "hunt and peck" out of two-fingered typing, are good because they are paid to be good. There's fairly good money in it by local standards.

These men operate outside of Turkish tax offices primarily and sometimes postal and telecommunications facilities. They are there because they are experts at filling out tax forms and writing messages.

"Turkish people have free public education now so illiteracy is not so widespread, but they feel awkward with the official papers, especially those concerning taxes," one Turk said "They are afraid to make a mistake. They'd rather have one of these men who know exactly how they must be filled out do the work for them."

The men doing the typing get the equivalent of about $1.25 per page of work. They come from a variety of backgrounds; some are retired from government offices, some are men who don't have enough money to rent an office and some are men who have offices that are located far from where they are needed. So they bring their typewriters to the streets to get a piece of the action.

"Even though the typists aren't particularly well educated they are experts on the bureaucratic process. They know the procedures for filing all kinds of tax papers and for filing a number of different kinds of suits," one Turk said.

"When you see them outside the postal and telegraph office, they are usually writing out messages for people to send by wire."