Turkish offensive against Syrian Kurds risks greater tensions with US 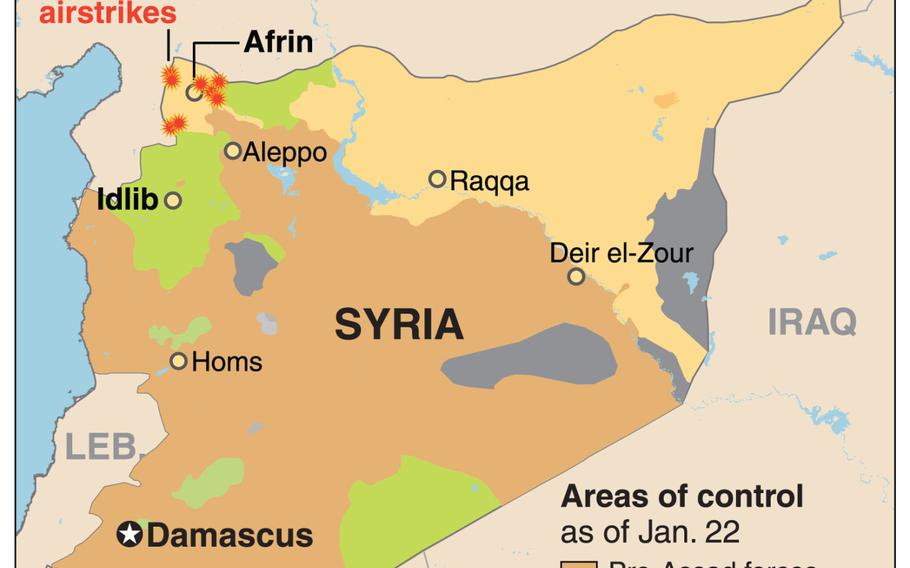 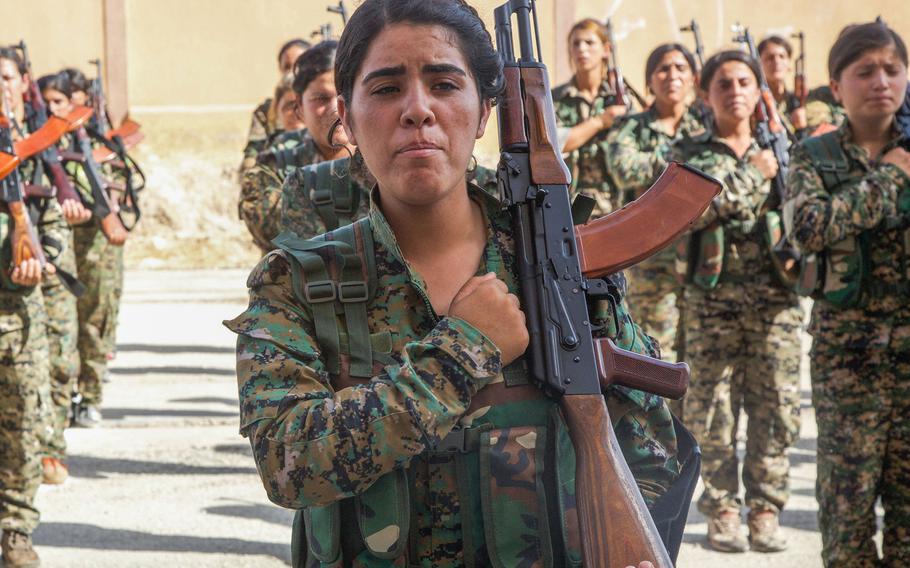 STUTTGART, Germany — The Turkish assault on U.S.-backed forces in the Syrian border town of Afrin is testing an American strategy that relies on Kurdish rebels in the battle against the Islamic State group, but which also risks pitting one NATO member against another.

For the U.S., the Kurdish fighters that dominate the Syrian Democratic Forces have been indispensable in the battle against ISIS, which has been routed from scores of strongholds.

But if the Kurds have been tactically vital, they are now proving to be a long-term strategic liability, some experts argue. Eventually, the U.S. may need to decide: abandon the Kurds or come into conflict with NATO ally Turkey.

When the U.S. announced last week that it was developing a border force inside Syria, Ankara lashed out. In Turkey’s view, the Kurdish fighters that make up a large part of the force are an extension of the PKK — a militant group that Turkey regards as its top threat.

“That the Kurds are a burdensome ally in Syria, and Washington has thought little about a post-ISIS Syria policy, was hinted at last week when a spokesman announced the formation of a 30,000-man border security force,” wrote Syria expert Rodger Shanahan on Tuesday for the Lowy Institute think tank.

Last week, U.S. Secretary of State Rex Tillerson backtracked, saying the U.S. wasn’t training a border force, but rather a contingent focused on securing areas where ISIS has been cleared. Turkey’s leaders have said they are unconvinced, and last weekend Turkish fighter planes began bombing across their southern border as they began their push into the burgeoning Kurdish enclave.

It remains unclear whether the Turks intend to push further east in Syria, where Kurdish forces operate with U.S. troops. Continued U.S. backing of Kurdish forces also could result in new threats from Turkey to expel the U.S. from Incirlik Air Base, and perhaps risk direct conflict, some experts warn.

“If this week has already taught us one thing, it’s that US policy in Syria is full of holes,” Shanahan said.

The U.S. has tried to walk “a very fine line” regarding Syria, according to the Soufan Group, a New York-based security firm.

“As the battlefield shrinks in Syria, the line has become near impossible to maintain, and the U.S. will likely have to either dramatically scale back its support of the Kurdish rebels — which would be seen as yet another U.S. betrayal of the few groups that have consistently supported and helped the U.S. in Syria and Iraq — or risk indirect and even direct conflict with Turkey, a fellow NATO member,” the Soufan Group said in a recent report.

Washington’s relationship with Turkey has been tense for several years now, partly over the U.S. partnership with Kurdish fighters. Meanwhile, Turkey has drawn closer to Moscow with a $2.5 billion deal to acquire Russia’s sophisticated S-400 missile-defense system, despite concerns from NATO members.

Defense Secretary Jim Mattis, speaking to reporters Monday, said Turkey has legitimate security concerns along its border and that high-level talks were taking place between Washington and Ankara to deal with them.

“Turkey is a NATO ally. It is the only NATO country with an active insurgency inside its borders. And Turkey has legitimate security concerns,” Mattis said.

Mattis described the developing force in Syria as a well-armed police unit rather than a border force.

“This area that we’re talking about right now is heavily Sunni Arab, so you’re going to see a lot of Sunni Arabs, obviously in the ... police force,” Mattis said. “But ... there’s other ethnic minorities and other people mixed in there.”

Thus far, Washington has focused its efforts in Syria on operations against ISIS, but other powers have emerged as brokers in what post-ISIS Syria will look like.

Russia, which has stabilized the government of longtime ally Bashar al-Assad, maintains a military force in the country and also has established closer ties with Turkey. Iran’s influence also has grown in tandem with its commercial interests in the country and its military backing of Assad.

“Turkey, Russia, and Iran have the greatest influence in Syria and are united in a desire to block U.S. interests in the country,” the Soufan Group said.

Mattis, who offered no indication that the U.S. intends to break with Kurdish elements, said the U.S. remains focused on ensuring that gains against the Islamic State hold.

Still, when asked by a reporter if the U.S. would be obliged to provide security guarantees to Syrian Democratic Forces should they come under attack in the future, Mattis said: “No.”

“Right now, our forces, we are reducing,” Mattis said.