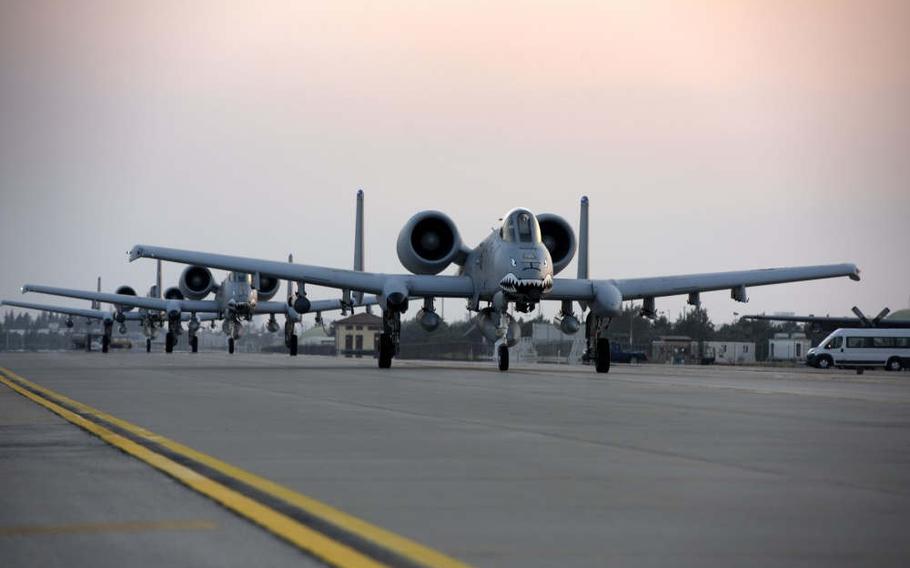 Turkey is moving forward with a plan to acquire a Russian anti-missile network, a $2.5 billion deal that puts it at odds with allies in the U.S.-led NATO security alliance.

Turkish President Recep Tayyip Erdogan told Turkish media that he and Russian President Vladimir Putin have no intention of backtracking on the deal for the S-400 air defense system.

“It’s us who will make decisions regarding our independence,” Erdogan told Turkey’s Hurriyet newspaper Sunday. “We are responsible over taking security measures for the defense of our country. We’ll save ourselves if we face difficulties in procuring defense systems.”

U.S. European Command says it is concerned about Turkey’s plans and is in talks with Turkish officials over the matter.

“We have relayed our concerns to Turkish officials regarding the potential purchase of the S-400,” said Meghan Henderson, a EUCOM spokeswoman. “A NATO interoperable missile defense system remains the best option to defend Turkey from the full range of threats in its region.”

For months, Turkey has flirted with the idea of buying the Russian system, despite its incompatibility with U.S. and other allied systems.

Turkey canceled a 2016 plan to buy Chinese-made hardware after objections from NATO nations over integration.

However, during the past year, Turkey’s relations with key NATO partners have soured.

In the wake of an attempted coup in July 2016, Erdogan has cracked down on Turkey’s judiciary, political opposition figures and media.

At the same time, Erdogan has drawn closer to Russia, holding meetings in Moscow with Putin.

NATO said it has not been informed of any details related to the S-400 buy.

“Interoperability of our armed forces is fundamental to NATO for the conduct of our operations and missions,” a NATO official said, speaking under customary anonymity. “No NATO ally currently operates the S-400.”

The S-400 Triumf is Russia’s newest long-range missile defense system, is designed to hit everything from aircraft and satellites to ballistic missiles. It comes in four versions, with the long-range variant able to hit targets 250 miles away.

It isn’t clear why Turkey wants such sophisticated weaponry. NATO has been developing its own missile-defense network, and the U.S. Army operates a radar atop the high ground of eastern Turkey as part of that effort.

“What’s being reported here is obviously not interoperable, and that obviously is a concern, but it is a Turkish decision,” Navy Capt. Jeff Davis told Pentagon reporters in July.

Erdogan complained that acquiring high-end equipment from allies is too costly. The Turkish leader also lashed out at the U.S. for its support of Kurdish fighters in Syria, which are regarded as enemy forces by Turkey.

“They give tanks, cannons and armored vehicles to the terror organization, but we can’t procure some of our needs, although we want to pay the price,” Erdogan told Turkish media, referring to U.S.-backed Kurdish troops.

The U.S. Air Force continues its operations out of Incirlik Air Base, which plays a key role against Islamic State militants in Syria and Turkey. Security concerns, however, forced the military to pull family members out of Incirlik in 2016.

NATO ally Germany announced it would pull its forces out of Incirlik in July after Turkey refused to guarantee visits by German lawmakers to the base.