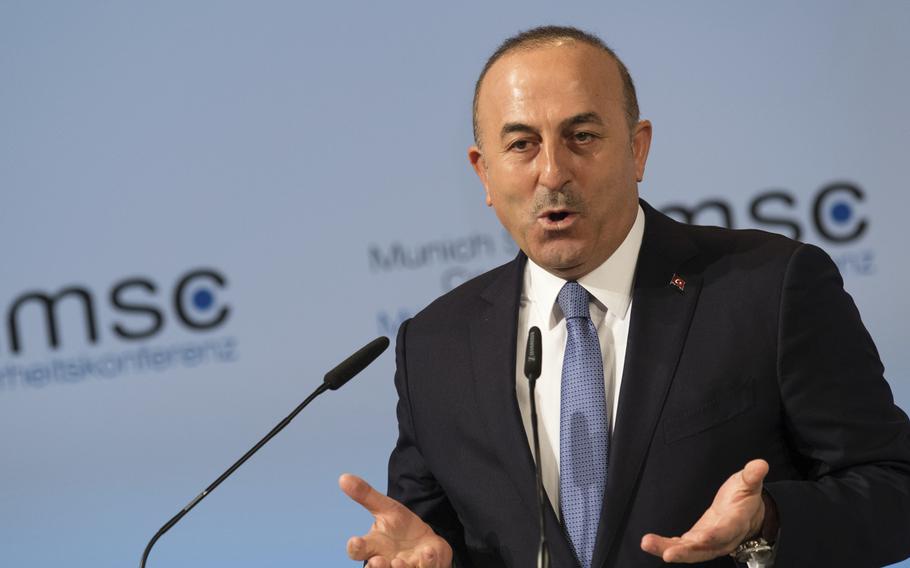 MUNICH — Ankara has asked for more U.S. special operations forces to be inserted in Syria to help in the fight against the Islamic State group, Turkey’s top diplomat said Sunday.

The Pentagon also is considering a recommendation that conventional ground forces be sent to Syria as part of a package of options to be presented this month to President Donald Trump to accelerate operations against the Islamic State group.

Citing unidentified sources, CNN reported on Wednesday that top military planners were debating whether to include such a proposal in a report that Trump ordered Jan. 28.

Last week, Defense Secretary Jim Mattis said it was premature to say whether more troops are needed, but did say the U.S. plans to intensify its fight.

In recent months, Turkish troops have taken on a larger role against the Islamic State in Syria, working closely with Russian forces who have been key in restoring the fortunes of President Bashar Assad’s government.

During the Obama administration, Ankara was at odds with the U.S. over how to fight the Islamic State group in Syria, and over Washington’s close coordination with Kurdish fighters.

Meanwhile, Turkey also wants to see NATO dedicate more resources to its southern flank, where turbulence in Syria and Iraq has resulted in a flood of refugees flowing into Turkey.

“NATO, whatever it exhibits on its eastern flank (with Russia) should be exhibited it on its southern direction as well,” Turkish Defense Minister Fikri Isik said.