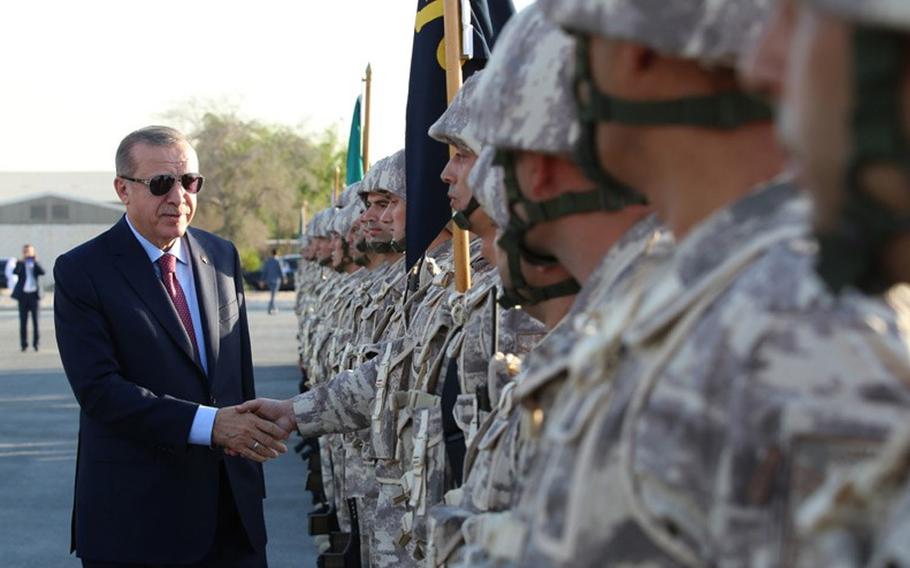 Turkey has pulled its troops from a NATO exercise following an accusation from President Recep Tayyip Erdogan Friday that he and the country’s founding father were named at an “enemies table” during a war game.

About 40 Turkish troops were taking part in the drills in Norway. Erdogan ordered the withdrawal after he said that his name and that of Turkey’s founder, Mustafa Kemal Atatürk, were listed as enemies.

“There was an incident in Norway. They put up something like an ‘enemies table’ and it included (Mustafa Kemal) Atatürk’s name and my name,” said Erdogan, as quoted by Turkish media Friday.

Details about the incident are sketchy. “It was a NATO drill, we had 40 soldiers there,” Erdogan said. “We decided to withdraw those troops and they started the necessary process.”

NATO Secretary-General Jens Stoltenberg issued an apology over the incident, which he said was caused by a civilian contractor at the alliance’s Joint Warfare Center in Stavanger, Norway.

“I apologize for the offense that has been caused,” Stoltenberg said. “The incidents were the result of an individual’s actions and do not reflect the views of NATO.”

The contractor was removed from the exercise and an investigation is underway, he said.

The dispute comes at a time of tension between Turkey and various members of the U.S.-led NATO alliance. The U.S. has been at odds with Turkey over the fight against the Islamic State group in Syria even as the U.S. military utilizes a Turkish air base at Incirlik to conduct airstrikes. Chief among the disagreements is the U.S.’s backing of Kurdish fighters, who have been key to the American strategy in fighting ISIS. Ankara regards elements of those Kurdish forces as its chief enemy.

Germany also has been at odds with Turkey over a range of issues and has pulled military out of Turkey’s Incirlik base in response.

While the West has voiced concern about Turkey’s authoritarian drift under Erdogan, the Turkish president has drawn closer to Russia and has announced plans to acquire a sophisticated Russian air defense system.