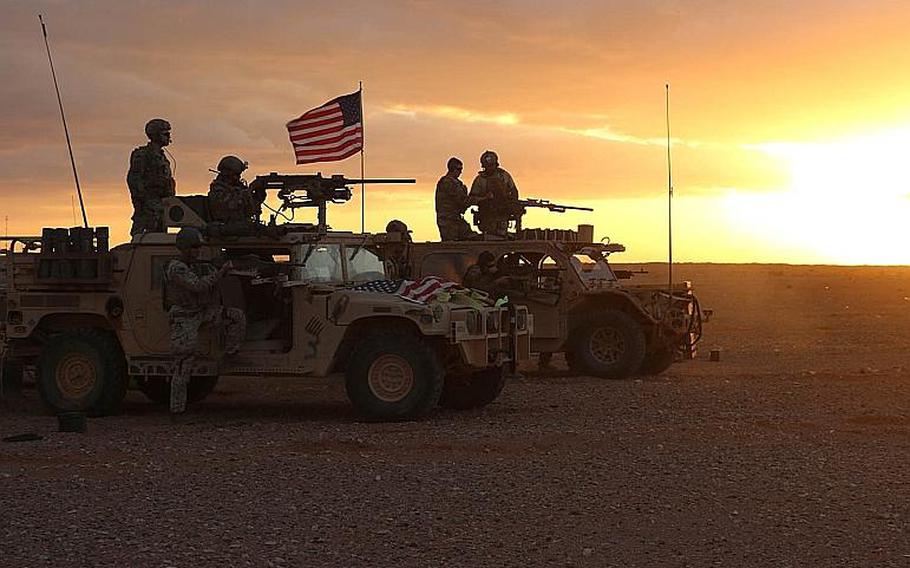 STUTTGART, Germany — President Recep Tayyip Erdogan said Wednesday that Turkey will expand its military campaign in Syria into an area where a small number of U.S. forces are known to operate.

In March, the Pentagon said it deployed a contingent of troops to Manbij to serve as a deterrent force in connection with concerns about fighting between U.S. and Turkish-backed rebels.

A U.S. official told Voice of America Tuesday that any Turkish offensive in Manbij “would be a cause for concern and we’re monitoring it closely. The protection of our forces is a top priority.”

On Saturday, Turkey launched an air and ground offensive against U.S.-backed Kurdish forces in the Syrian city of Afrin, about 50 miles from Manbij. While no U.S. forces operate there, the American military has roughly 2,000 troops deployed elsewhere in Syria.

On Wednesday, Turkish Deputy Prime Minister Bekir Bozdag told Reuters he did not think Turkey will come “face-to-face” with the United States as it carries out military operations in Syria, but acknowledged there was a possibility it could happen in the Manbij area.

For the U.S., the Kurds have been the most reliable fighting force in the campaign against the Islamic State group in Syria, but that partnership has infuriated Turkey. Ankara regards the Kurdish rebels as an extension of the domestic PKK terrorist group, which has been Turkey’s primary security concern for decades.

On Wednesday, Erdogan and President Donald Trump were slated to discuss events in Syria.

So far, building up the Syrian Democratic Forces has been the centerpiece of the U.S. strategy in Syria. Tensions with Turkey will test the political durability of that effort. The U.S. wants to help ensure a force that can hold territory recently cleared of ISIS fighters. However, the Syrian Democratic Forces is dominated by Kurdish fighters, which Ankara says it cannot accept.

Defense Secretary Jim Mattis on Tuesday said Turkey’s operation in Afrin has disrupted an area of relative calm in Syria.

“It distracts from the international efforts to ensure the defeat of ISIS, and this could be exploited by ISIS and al-Qaida, obviously, that we’re not staying focused on them right now,” Mattis told reporters.