Turkey, fixings the odor of the day in Misawa dorms 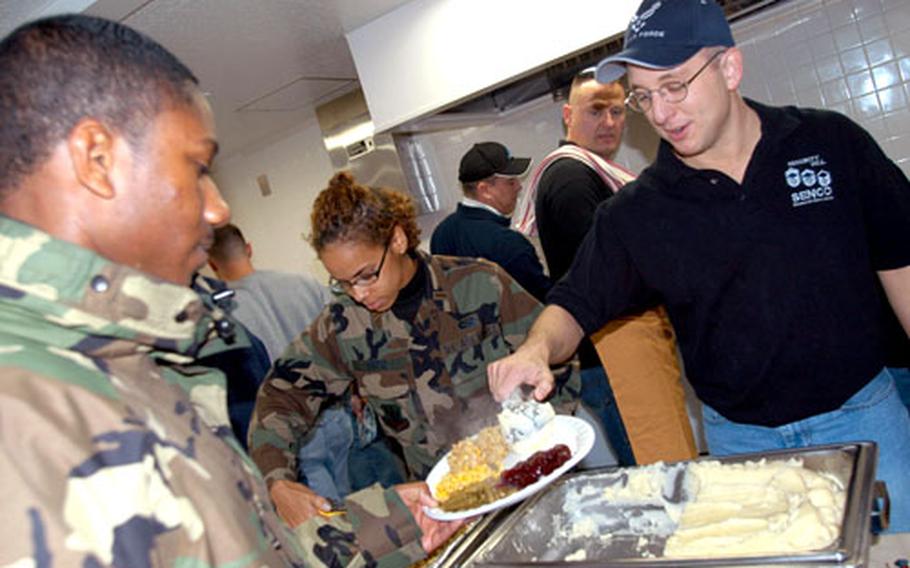 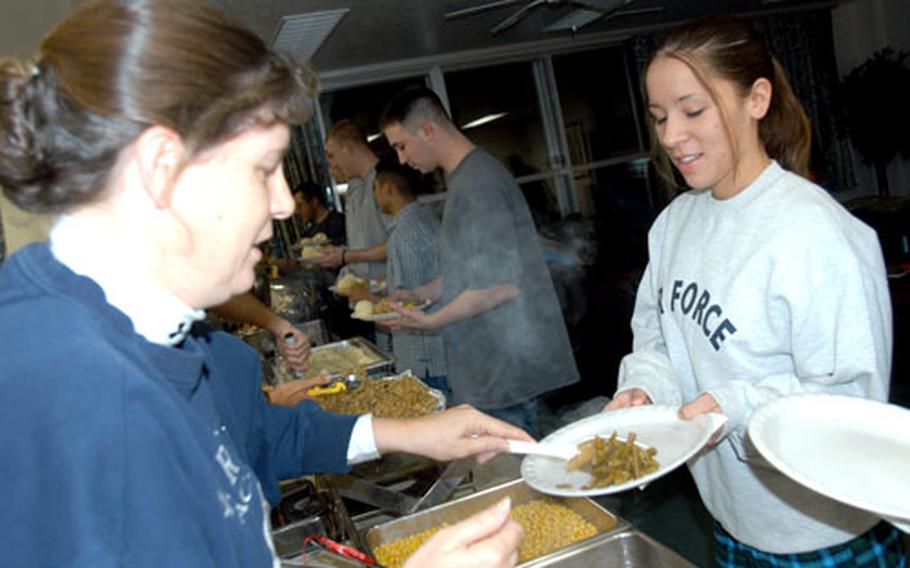 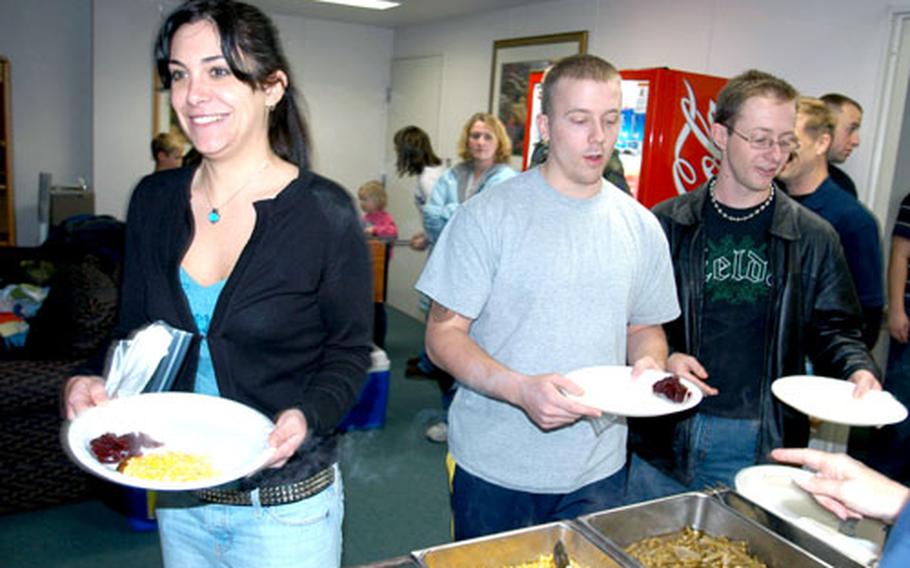 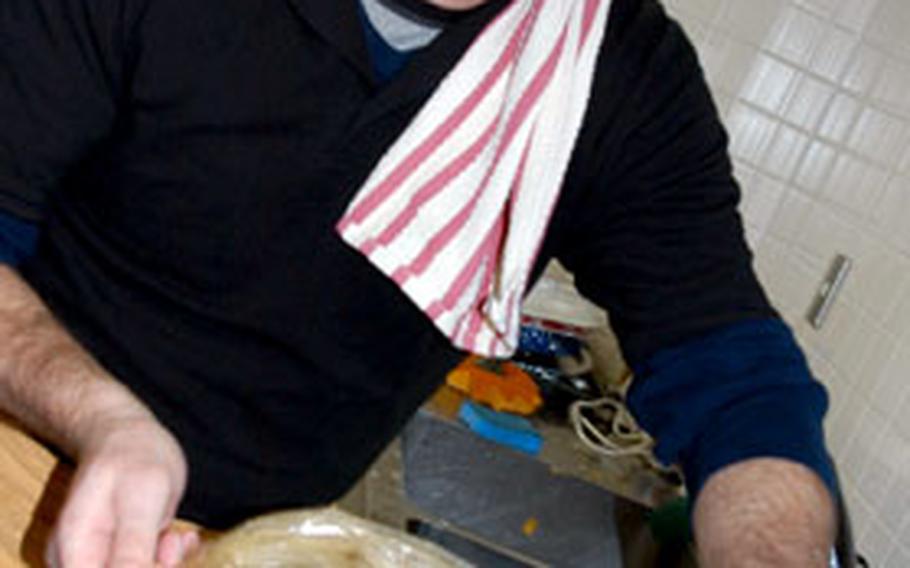 The hill&#8217;s Senior Enlisted Council and Navy chiefs&#8217; group whipped up a huge Thanksgiving spread for the 373rd Intelligence Group&#8217;s dorm residents. Single personnel who live downtown and work for the 373rd IG also were invited.

Council members and Navy chiefs took over a kitchen in each of the dorms, cooking from about 12:30 p.m. on. As the 5 o&#8217;clock supper-hour neared, deviled eggs were topped, turkeys carved and hot serving platters filled.

About $800 from the council&#8217;s fundraisers was used to buy most of the food, while the hill&#8217;s senior leadership donated the turkeys, Scott said, giving credit to Senior Master Sgt. James Carney and Master Sgt. Patrick Harris for spearheading the annual event. The Single Unaccompanied Dependents and Spouses Organization from each of the intelligence group&#8217;s two squadrons baked most of the desserts, and other volunteers also donated dishes.

Any leftovers were to go to units working Tuesday night, such as security forces and the fire department. In a month, the hill&#8217;s Senior Enlisted Council and Navy counterparts will do it all again for the Christmas dorm feed, Smith said. That event is not only for the hill&#8217;s unaccompanied personnel on Christmas Eve, but any shift workers on base, including Japanese taxi drivers, working that evening.