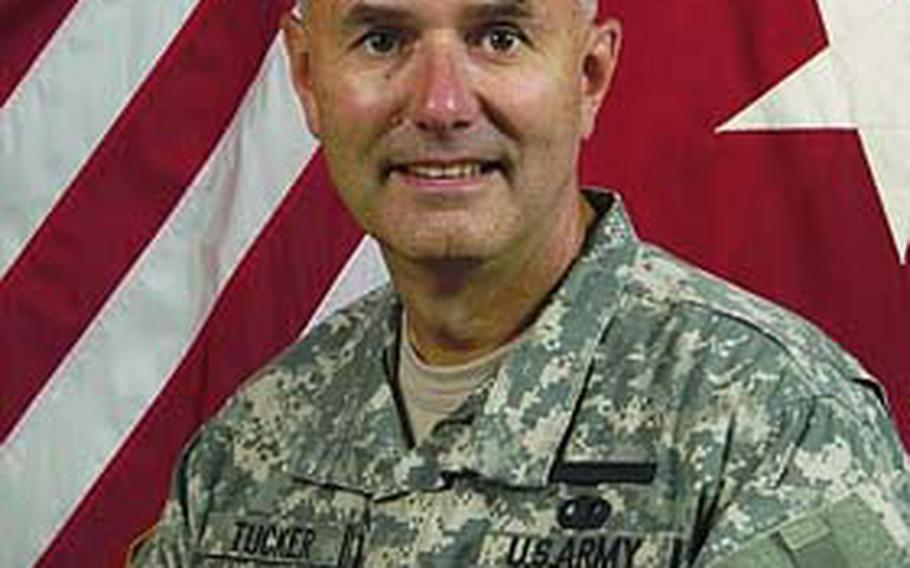 CAMP CASEY, South Korea &#8212; A recent commander in Afghanistan and key figure in the response to a scandal involving soldier care problems at Walter Reed Army Medical Center will assume leadership Wednesday of the 2nd Infantry Division in South Korea.

Maj. Gen. Michael S. Tucker will succeed Maj. Gen. John W. Morgan III, who after two years as 2nd ID commander moves on to become chief of staff for the U.S. European Command. The 2nd ID has about 10,000 soldiers in South Korea.

Tucker, a North Carolina native, most recently was deputy chief of staff for operations for the International Security Assistance Force in Afghanistan. He joined the Army in 1972 as a private and later earned his commission as an armor officer through officer candidate school, according to a 2nd ID release.

He served extensively in Europe, including a stint with the 1st Armored Division. He commanded a company during Operation Desert Shield/Desert Storm and a brigade during Operation Iraqi Freedom.

Prior to his assignment in Afghanistan, Tucker served as assistant surgeon general for warrior care transition at Walter Reed in Washington. The Washington Post reported that he was appointed to the position in 2007 as part of an effort to address problems of improper care and bureaucratic lapses exposed in a series of articles by the newspaper, and to ensure that wounded veterans returning from Iraq and Afghanistan received necessary care.

Change-of-command ceremonies are scheduled for Wednesday morning at Camp Casey.