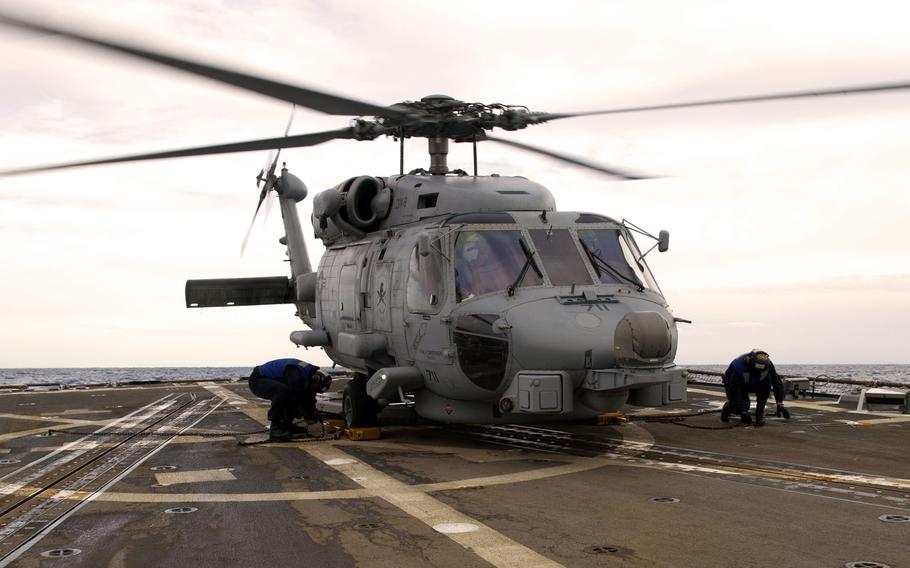 MANAMA, Bahrain — Dwindling daylight was no match for USS Truxtun sailors who assisted the medical evacuation of a Pakistani navy sailor in the 5th Fleet area of operations Monday evening, the Navy said Thursday.

The Truxtun, a guided-missile destroyer, received a distress call from the Pakistani navy frigate PNS Aslat for a sailor who needed medical attention.

About 6:00 p.m., the Truxtun sent a crew in a rigid hull inflatable boat, or RHIB, to pick up the sailor from the Aslat and to transport him to the U.S. ship.

“It was just after nightfall, so visibility was low, which provided a challenge for our boat crew,” said Boatswain’s Mate 2nd Class Daniel Martinez.

A half-hour later, the Pakistani sailor was transferred on an MH-60R Sea Hawk helicopter to a shore-based medical facility for treatment.

“The coordinated effort between our medical team, deck sailors and embarked air detachment enabled us to respond with urgency and precise execution,” Truxtun’s commanding officer, Cmdr. Troy R. Denison, said in a statement.

The Pakistani sailor is expected to make a full recovery.

Truxtun is conducting maritime security operations in the 5th Fleet area of operations, which encompasses about 2.5 million square miles of water, including the Strait of Hormuz, the Suez Canal and the Strait of Bab el-Mandeb.