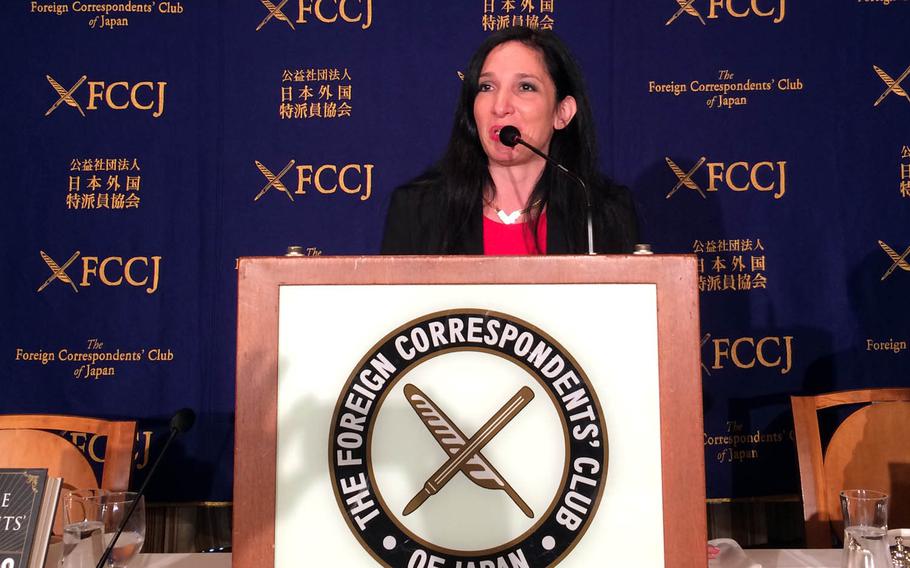 TOKYO — A U.S. political-financial expert predicted Thursday that President-elect Donald Trump likely won’t follow through on his campaign threat to withdraw American forces from overseas bases and may negotiate a bilateral trade pact with Japan to partially replace the Trans-Pacific Partnership trade deal that he opposes.

Nomi Prins, author of “All the President’s Bankers: The Hidden Alliances that Drive American Power,” told the Foreign Correspondents Club of Japan that she doesn’t foresee changes to America’s overseas military footprint.

Trump said during the election campaign that he would consider withdrawing U.S. forces from overseas bases if allies failed to contribute more toward the costs of keeping them there. That has raised worries in Japan and South Korea, where tens of thousands of U.S. troops are stationed at dozens of bases.

Prins compared Trump’s threat to his vow to build a border wall with Mexico. The president-elect recently told CBS’ “60 Minutes” that parts of the wall could actually be a fence.

Trump’s plan to increase the military budget and the desire of other Washington power players to retain an overseas presence mean U.S. forces won’t be removed from Japan, Prins said.

“Taking real troops out of real places where there have been alliances since [World War II] is something that doesn’t really fly with Washington,” she said. “My guess is that it is not necessarily going to happen.”

Japan “will see absolutely no degradation in the alliance and the friendship” between the two countries, he said, according to Kyodo News.

Japanese Prime Minister Shinzo Abe was due to meet Trump on Thursday in New York, seeking reassurance about the U.S.-Japan alliance and trying to sway his views on the TPP.

Abe and Trump talked by telephone last week and confirmed the importance of the Japan-U.S. alliance and their commitment for cooperation, AP reported.

Trump also spoke by phone with South Korean President Park Geun-hye, telling her the U.S. would be “steadfast and strong” in defending against North Korea, according to the Yonhap news agency.

“We are with you all the way and we will not waiver,” he said, according to Park’s office. “We will all be safe together.”

On trade, Prins said Trump might be open to a bilateral deal between Japan and the U.S., but that it would cost him too much political capital to reverse course on TPP, which aims to link a dozen Pacific nations in a massive free-trade zone. The Associated Press reported that Malaysia has asked Abe to push Trump for support of TPP.