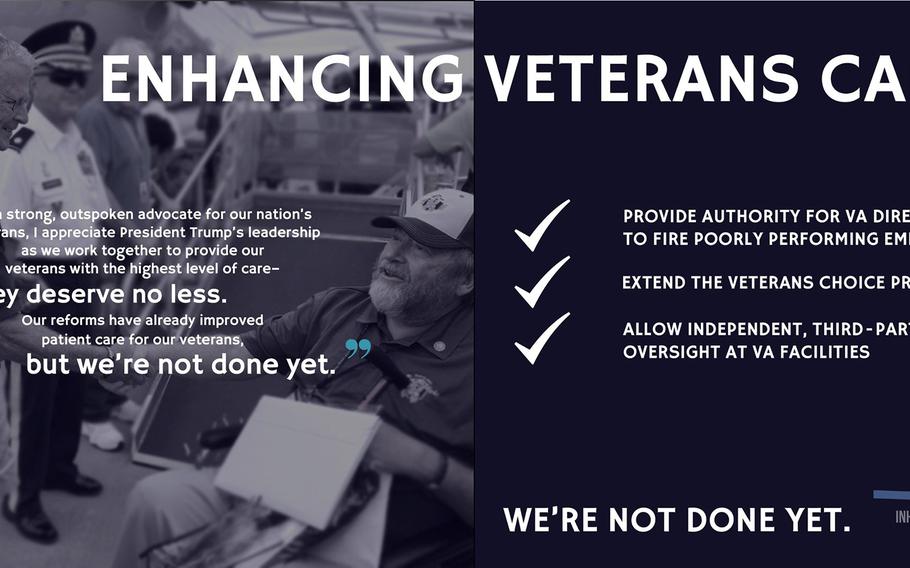 The bill, titled the Enhancing Veteran Care Act, would allow regional VA officials to enter into contracts with accredited nonprofits to identify and report deficiencies at VA hospitals. It’s the latest move this year in a larger effort by the VA and Congress to bring accountability to VA workers.

“Unfortunately, the VA hasn’t always met the standard of health care that our veterans deserve,” Sen. James Inhofe, R-Okla., one of the bill sponsors, said in a written statement. “The Enhancing Veteran Care Act will help ensure our veterans receive quality care by giving senior officials at the VA regional level the tools to hold people accountable.”

The VA Inspector General’s Office and the Government Accountability Office are already tasked with investigating VA facilities. But Inhofe and other congressional lawmakers criticized those organizations for the slow pace of their investigations and delays in the VA following up on their recommendations.

In a statement, Inhofe asserted reports from VA inspector general investigations “have not matched the reality on the ground.” He said the new law will be a tool for medical center directors and other local VA officials.

“The directors have the best perspective of what is going on at their facilities,” Inhofe said.

Before entering into a contract, regional VA officials must notify their supervisors in Washington, the VA inspector general and the Government Accountability Office, the bill states. Nonprofits chosen by the VA must be qualified to assess and accredit medical facilities.

The legislation had bipartisan support. It passed the Senate in November with unanimous consent, and the House approved it earlier this month with a vote of 423-0.

In April, Congress passed another bipartisan bill with the purpose of bringing accountability to the VA.

The VA Accountability and Whistleblower Protection Act of 2017 speeds up the process that the VA uses to discipline, suspend and terminate poor-performing workers and created an accountability office within the agency’s Washington headquarters.