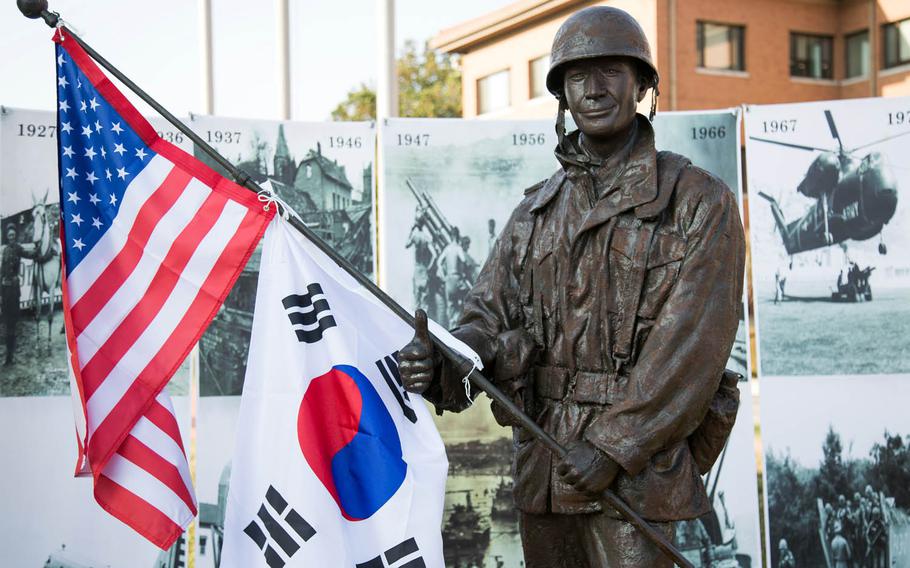 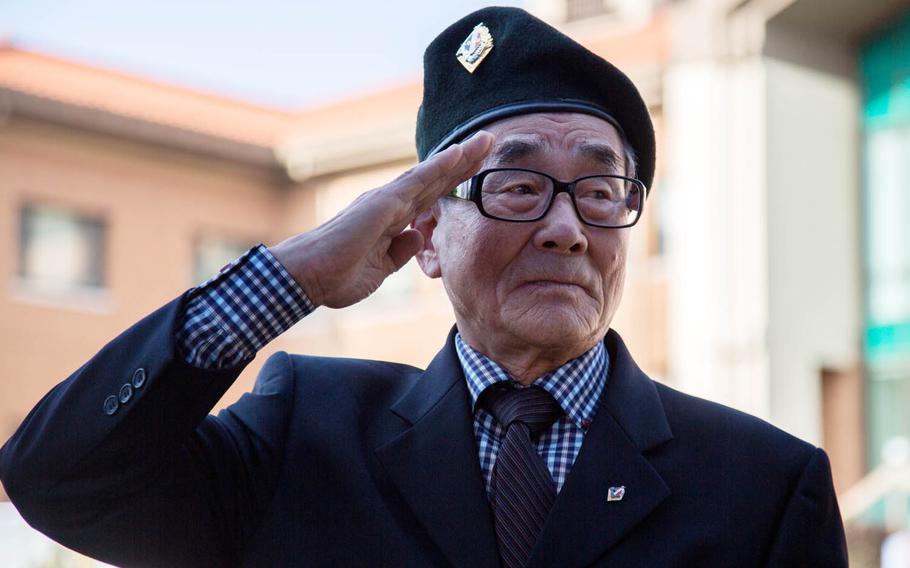 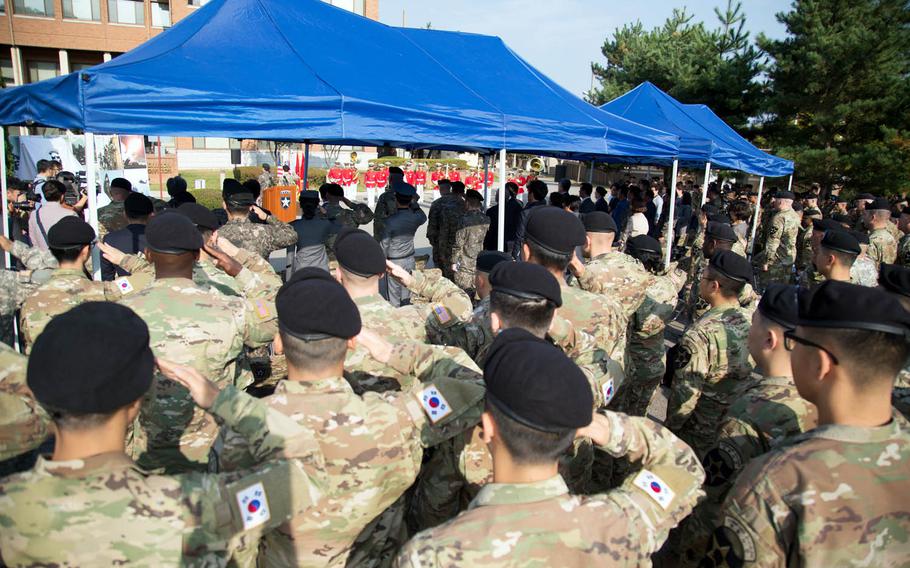 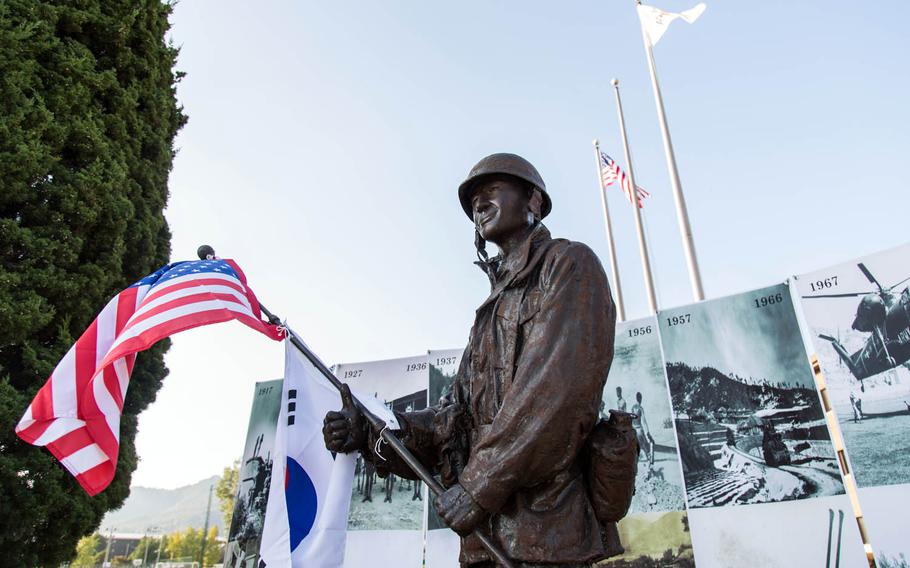 “[The thumbs-up] was in honor of President Trump and how he always gives his thumbs-up sign,” said sculptor Bang Ju-hyeok. “It is a symbol of continuously deterring any provocation from North Korea.”

The statue is actually of Army Gen. Paul Freeman Jr., who led a regiment of 2nd ID troops to victory over Chinese communists during the Korean War Battle of Chipyong-ni. It stands in front of the division’s headquarters at Camp Red Cloud, just south of the tense border that separates North and South Korea.

The statue clutches a pair of U.S. and South Korean flags in one hand and gives the thumbs-up sign with the other.

Bang, who donated the statue to the Indianhead division, told those gathered for the unveiling that he was inspired by former South Korean President Park Geun-hye’s speech to the U.S. Congress about the U.S.-South Korean alliance and Trump’s strong stance on North Korea.

Trump has said he may visit the Demilitarized Zone when he’s on the peninsula as part of a tour of several Asian nations next month.

Bang said reports of negative sentiment in South Korea toward U.S. servicemembers are inaccurate. He urged troops “not to believe everything you hear or read and to keep an eye on the further strengthening of the alliance.”

2nd ID commander Maj. Gen. Scott McKean, thanked Bang for his “appreciation of the soldier who fights for freedom.” He also thanked a pair of South Korean veterans who attended.

“I’m very humbled our friends, our extended family who we live and serve with, are here to share this occasion” McKean said. “Words cannot express what this means to us. I can tell you without a shadow a doubt the [U.S.-South Korean] alliance is as strong as it’s ever been.”

Park Dong-ha, who fought alongside Freeman at Chipyong-ni, said he wouldn’t be here if not for the alliance and nor would his country.

“The people of Korea should be thankful to the U.S. government and Army for the prosperity and peace we enjoy now,” he said.

Soldiers of both nations should be ready for action to ensure those liberties, Park added.

McKean said the statue will become a permanent fixture guarding the entrance to the division’s headquarters, fulfilling the duty of soldiers who fought at Chipyong-ni.

“We will cherish this sculpture as it will always be part of the warrior tradition,” he said.

The statue will follow the division when it moves to Camp Humphreys 40 miles south of Seoul, officials said.