Trump optimistic on eve of historic summit with North Korea 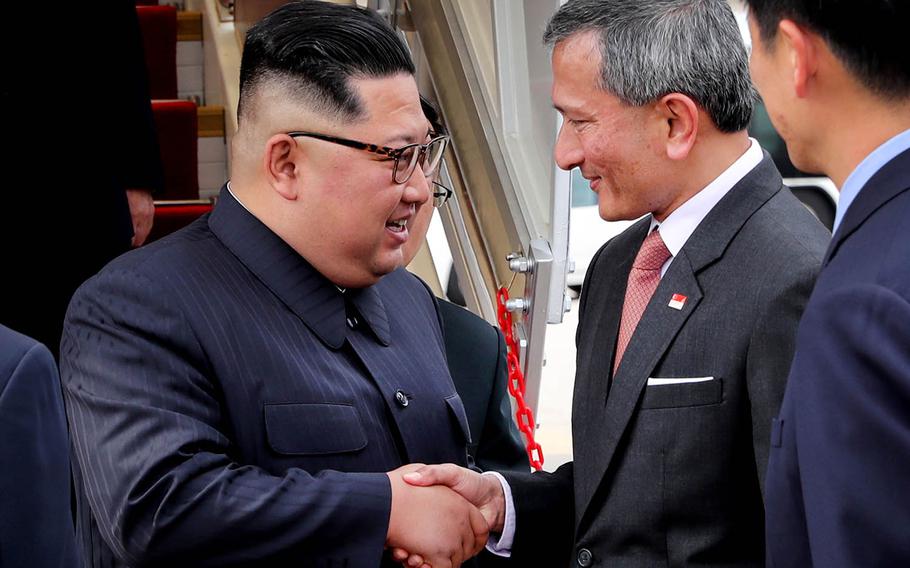 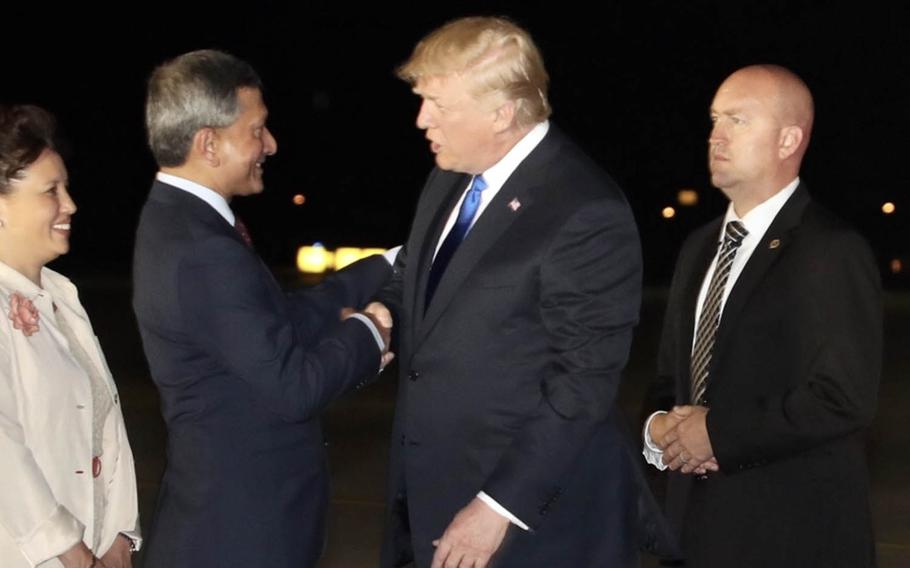 SINGAPORE — On the eve of his high-stakes summit with North Korea, President Donald Trump expressed optimism Monday as officials from both sides worked until the last minute to try to hammer out a nuclear agreement.

In a rare move, North Korea also broadcast news of what it called the “historic summit” with photos of leader Kim Jong Un’s arrival Sunday in Singapore splashed on the front page of the main official newspaper.

“We’ve got a very interesting meeting in particular tomorrow,” Trump said during a meeting with Singapore Prime Minister Lee Hsien Loong. “I think things could work out very nicely.”

Tuesday’s summit — the first ever between a North Korean leader and a sitting U.S. president — will be a major breakthrough in itself after decades of hostility between the two nations.

Expectations are low that it will result in a major agreement on the North’s nuclear weapons program, but the turn toward diplomacy has tamped down tensions that had raised fear of a nuclear war last year.

The meeting is due to begin at 9 a.m. Tuesday at the luxury Capella Hotel on Singapore’s Sentosa Island, a tropical resort area known for its golf courses and an amusement park.

Trump and Kim planned to shake hands, then hold a one-on-one meeting with only translators present before being joined by advisers, an anonymous U.S. official was quoted as saying by The Associated Press.

Trump said Saturday that he’ll size up Kim “within the first minute” of the summit, adding that he believes the North Korean leader will “surprise on the upside.”

The president also has said it will be the start of the process, suggesting that the meeting will set the stage for more detailed negotiations in coming months.

That was a reversal from the administration’s previous all-or-nothing stance.

The president has placed high priority on the possibly legacy-defining meeting and has welcomed suggestions that he may win the Nobel Peace Prize for his efforts.

The Trump administration seeks the complete, verifiable and irreversible dismantling of the North’s nuclear weapons program. Pyongyang wants a step-by-step approach that would include rewards such as relaxed economic sanctions and security assurances along the way.

U.S. and North Korean officials held last-minute negotiations at a luxury hotel on Monday, trying to reach agreement on specific goals and lay the groundwork for potential resolutions of key issues.

Experts say it’s highly doubtful that the North would abandon its nuclear weapons but it may agree to goodwill gestures.

South Korean President Moon Jae-in welcomed the summit but also cautioned that it will be the start of a “long process” that could take “one year, two years or even longer.”

Moon, who took office last year promising to seek engagement with the North, has brokered the talks after holding his own summit with Kim in the heavily fortified border that divides the peninsula.

The stakes are high for South Korea, which is hoping for a possible agreement on a declaration to formally end the 1950-53 war.

The fighting between the U.S.-backed South and the communist-backed North ended with a truce instead of a peace treaty, leaving the countries technically at war.

The armistice was signed by the U.S.-led United Nations command, North Korea and China, who would all presumably have to be party to a peace treaty today.

North Korea’s state-run news agency, meanwhile, announced Kim’s arrival in Singapore and his meeting with the prime minister on Sunday.

It also disclosed that the third-generation leader traveled to the wealthy island state on a Chinese plane.

The news also was reported on Korean Central Television, signaling its importance to the regime.

Trump and Kim both arrived in Singapore on Sunday and are staying less than half a mile apart at luxury hotels that are under tight security.

“The entire world is watching the historic summit between [North Korea] and the United States of America,” Kim told Lee when they met on Sunday.