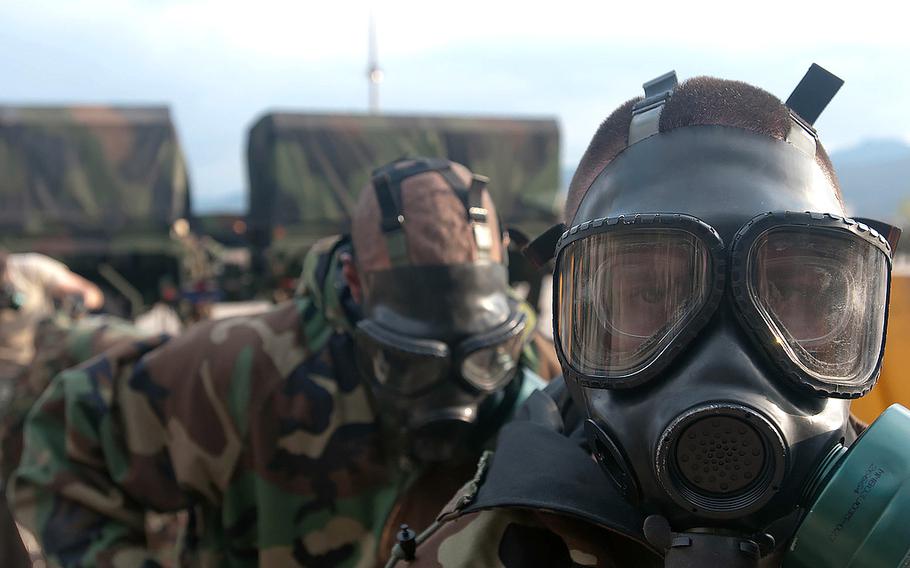 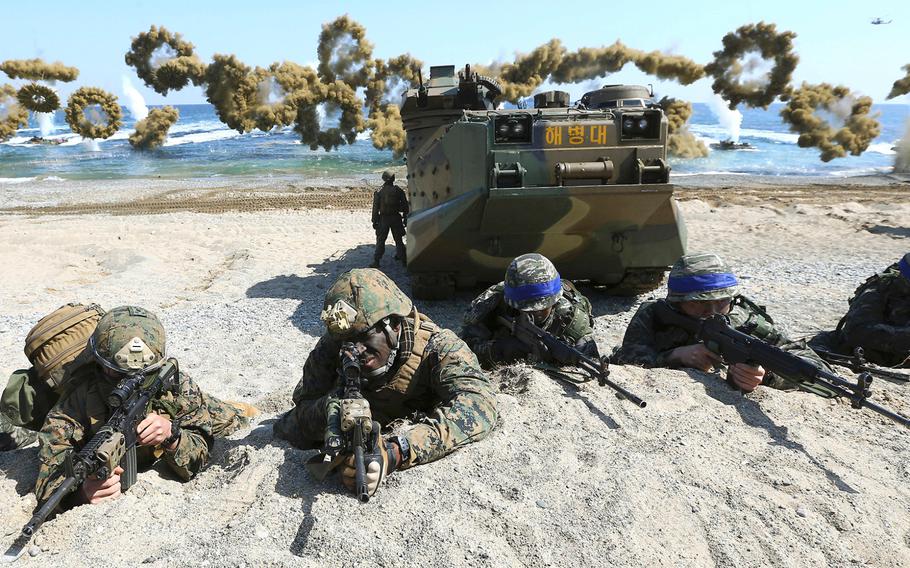 WASHINGTON — President Donald Trump has objected to a series of provisions in the newly passed 2019 National Defense Authorization Act, including limits on the reduction of troops in South Korea and recognizing Crimea as a Russian province.

The defense legislation, which Trump signed into law Monday, sets new restrictions to keep the administration from decreasing troops in South Korea to less than 22,000. It also prohibits U.S. funds from helping legitimize Russia’s control of Crimea.

Both provisions, among several others in the NDAA, reflect congressional concerns about the president and drew objections from the White House.

“There is a whole lot of things they do in [the NDAA] to try to limit President Trump from taking certain actions,” said Scott Anderson, a governance studies fellow at the liberal-leaning Brookings Institution, a Washington think tank.

The Korea and Crimea provisions are among several within the NDAA that attempt to limit the president’s powers, Anderson said. Late Monday, several hours after Trump signed the NDAA at Fort Drum in upstate New York, the White House issued a list of objections about the law.

Such signing statements are a common practice for presidents to issue during negotiations and subsequent passage of major legislation such as H.R. 5515, also known as the John S. McCain National Defense Authorization Act, named for the ailing Republican chairman of the Senate Armed Services Committee from Arizona. Often, presidents will object to provisions that appear to infringe on their powers.

“They are saying ‘these provisions we don’t like because we think they intrude on our constitutional authorities,” Anderson said. “It’s really them maintaining and articulating that there are major constitutional concerns.”

Among the list of 2019 NDAA concerns, the Trump administration also complained of restrictions to lower benchmarks for deployed intercontinental ballistic missiles, the use of the military base at Guantanamo Bay and executive branch authority over a new National Security Commission on Artificial Intelligence.

The NDAA also withholds funds for certain U.S. efforts in Iraq and Syria unless the administration issues a long overdue report detailing its strategy in both countries, which drew a Trump objection.

“It’s the power of the purse strings,” Anderson said of the NDAA demands for the strategy reports, which were also requested in the 2018 NDAA but have yet to be filed.

The NDAA also requires certification that the United Arab Emirates and Saudi Arabia are bringing the Yemen conflict to an end, and if not, stops U.S. in-flight refueling services for the pro-government coalition. It also drew White House concerns.

In several cases, the Trump statement detailed how he would interpret the provisions to preserve his constitutional authorities. The statement said the president retains the power to reduce the levels of deployed ICBMs, reiterated the continued operation of Guantanamo Bay to hold prisoners and moves the new artificial intelligence commission under the purview of the legislative branch.

Trump’s statement also suggests reports or certifications will only be issued in cases that are feasible such as the Iraq and Syria strategy plans and the certification for the end of the Yemen conflict.

Trump also said he still retains the authority to reduce troop levels in Korea in emergency scenarios. A hypothetical case could include the deployment of Korea-based troops to another country in response to a new crisis, Anderson said.

Trump would comply with this provision “so long as it’s feasible and it doesn’t interfere with my constitutional authority as commander in chief,” Anderson said. He wouldn’t comply if “suddenly, there was an unexpected land war in China and the president was then involved” and had to deploy the Korea troops there.