Trump: No plans to reduce US troop presence on Korean Peninsula 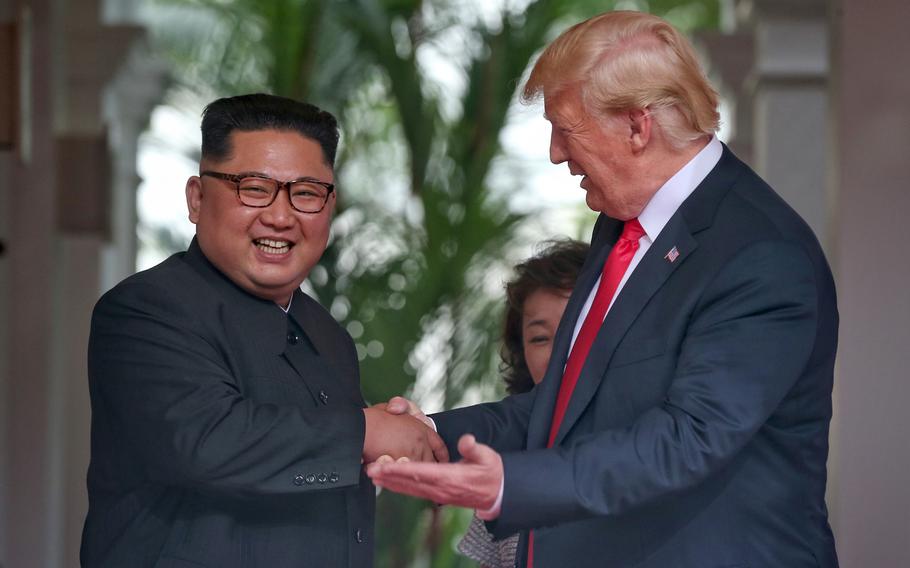 SINGAPORE — President Donald Trump said Tuesday he has no plans to reduce the U.S. military troop presence as part of security assurances for North Korea, but he left open the possibility that he will do so in the future.

Trump was speaking during a press conference after signing a four-point agreement with Kim Jong Un during their historic summit, the first such meeting between a North Korean leader and a sitting U.S. president.

“We’re not reducing anything,” he said when asked about the possibility of a troop reduction. “At some point … I want to get our soldiers out. I want to bring our soldiers back home.”

The United States has some 28,500 servicemembers in South Korea as part of the longstanding alliance between the two countries that fought together in the 1950-53 war.

U.S. military officials say that number sometimes rises to 32,000 with rotations and deployments for exercises.

“I’d like to bring them back home, but that’s not part of the equation right now,” he said.news@stripes.com