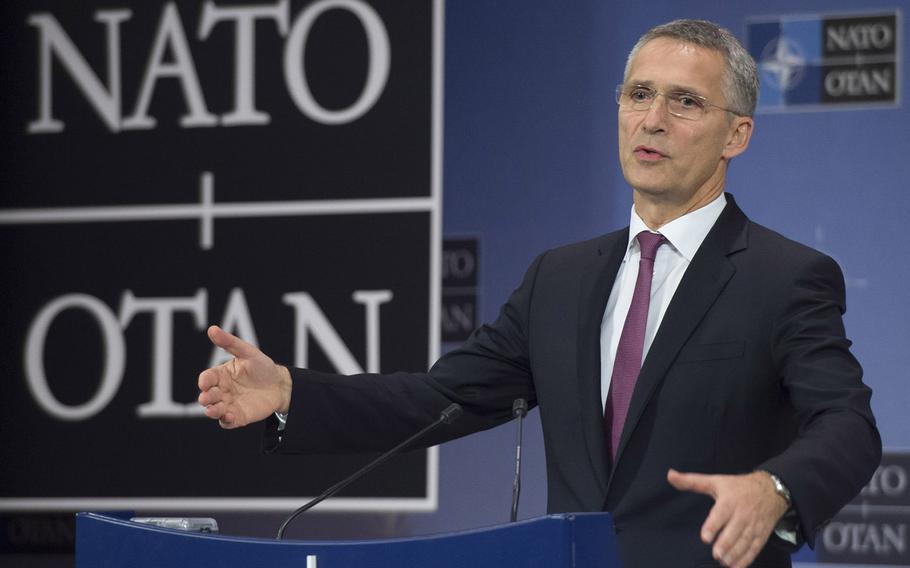 President Donald Trump spoke with the head of the U.S.-led NATO alliance on Super Bowl Sunday, the same day NATO rolled out an expanded training effort in Iraq to boost a counterterrorism role that the American president has criticized as being inadequate.

NATO Secretary-General Jens Stoltenberg and Trump reconfirmed the importance of the alliance “in troubled times,” said a summary of the conversation released by the alliance.

The phone call came on the same day NATO announced a new training effort in Iraq focused on helping build up that country’s security forces. The NATO decision to conduct training inside Iraq was approved in July, but its expansion came as Trump has emphasized the need for NATO to play a larger role in the battle against terrorism.

NATO has shied away from a formal combat role in Iraq and Syria. It maintained a small training mission in Iraq until the end of 2011, when the team was withdrawn over a disagreement about the legal status of alliance troops in the country.

NATO touted its most recent effort, which involves training 30 Iraqi soldiers in areas such as countering roadside bombs.

“The best weapon we have in the fight against terrorism is to train local forces,” Stoltenberg said.

In the phone call, he said NATO’s contribution to the fight against terrorism includes surveillance support to U.S. coalition fighting the Islamic State group.

The leaders also discussed the recent uptick in violence in eastern Ukraine.

Stoltenberg and Trump reviewed plans for a major NATO summit in May, which will be held at the alliance’s new headquarters building in Brussels. The cost of the gleaming new structure is estimated at $1.2 billion.

Given Trump’s critical words about NATO’s relevance, it hadn’t been clear of Trump would attend the summit of the alliance’s 28 national leaders. On the campaign trail and after his election, Trump has ripped allies, called NATO “obsolete” and cast doubt about U.S. commitment to the military pact.

Trump’s criticisms have centered on frustration with allies, most of which spend less than the 2 percent of gross domestic product — the benchmark that NATO members are supposed to dedicate to defense. He also has criticized its strategic priorities, saying NATO should focus more on fighting terrorism.

During the past two years, NATO’s primary focus has been reinforcing its eastern flank and allied countries along Russia’s periphery, which have been anxious about a more assertive Moscow. Trump, however, says he wants to have warmer relations with Russian President Vladimir Putin, a position that has created confusion about how the U.S. will regard its expanding military presence in places such as Poland and the Baltics.

“They reviewed progress on the fight against terrorism and on NATO defense spending, and stressed the need for continued efforts to ensure fair burden-sharing among all NATO Allies,” NATO said.