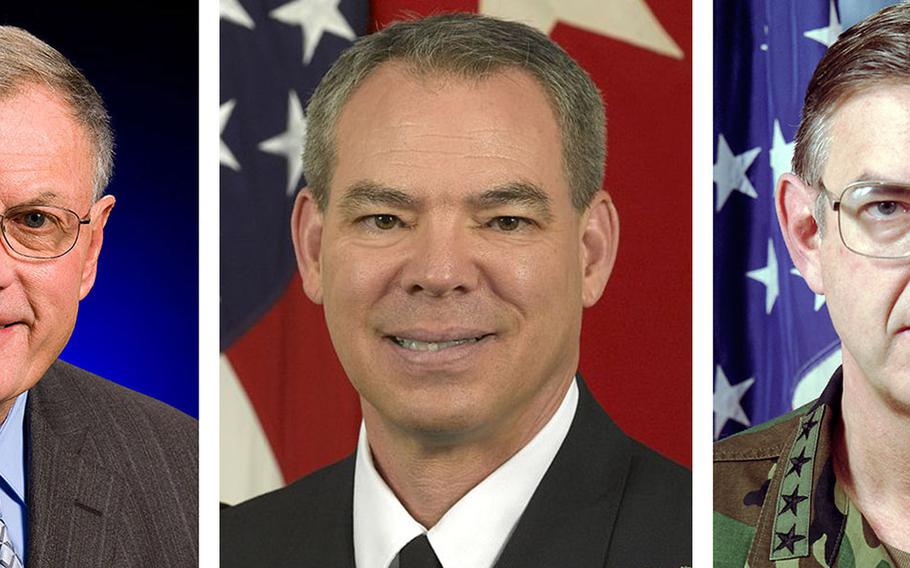 WASHINGTON – President-elect Donald Trump announced the members of his Defense Department transition team Friday in advance of the group’s first visit to the Pentagon.

The announcement was made as Trump also named Sen. Jeff Sessions, R-Ala., as his nominee for Attorney General and retired Lt. Gen. Michael Flynn was picked to serve as Trump’s National Security Adviser. Trump also selected Rep. Pompeo, R-Kan., as director of the CIA.

Sessions and Flynn had been considered front-runners for Defense Secretary, though Flynn would have required a waiver from Congress to take on the role because of regulations requiring that a former military officer be retired seven years prior to serving as Defense Secretary. Flynn retired in 2014. Trump must still name his choice for defense secretary.

“We will do everything we can to help ensure a seamless and efficient transition,” Pentagon Press Secretary Peter Cook said Thursday in a statement announcing the transition team’s Friday arrival.

Trump’s team includes six generals and a former assistant secretary of defense, many of whom were instrumental in former President George W. Bush’s administration.

Retired Lt. Gen. Keith Kellogg is a former commander of the 82nd Airborne Division. Kellogg retired in 2003 and transitioned to serve as the chief operating officer of the Coalition Provisional Authority in Baghdad from November 2003 through March 2004.

Retired Maj. Gen. Thomas Carter is a former C-141 command pilot who flew special operations missions and airlift missions in the 1980s. Carter served as a mobilization assistant to the secretary of the Air Force until his retirement in 2009. Thomas served former Coalition Provisional Authority Ambassador Paul Bremer in Iraq and Washington, D.C.

Michael Duffey is the executive director of the Republican Party of Wisconsin. Until 2015, Duffey worked in the office of the deputy assistant director of the Secretary of Defense for data analysis and systems engineering. He is also the former Defense Department liaison to the White House for President George W. Bush.

Retired Gen. William Hartzog served in the Army for 35 years and commanded U.S. Training and Doctrine Command. He retired in 1998 and is the president and chief executive officer of Burdeshaw Associates, a consulting firm. He is a member of the Defense Science Board.

Retired Army Reserve Maj. Gen. Bert Mizusawa, who was awarded a Silver Star for his actions in a firefight with North Korean troops while assisting a Soviet defector in the Demilitarized Zone in South Korea. He was an appointed former professional staff member of the Senate Armed Services Committee from 1995 to 1998.

Retired Army Col. Sergio de la Pena, who worked as a Defense Department liaison in Latin America during his most recent assignment in 2008 as division chief for international affairs for U.S. Northern Command.