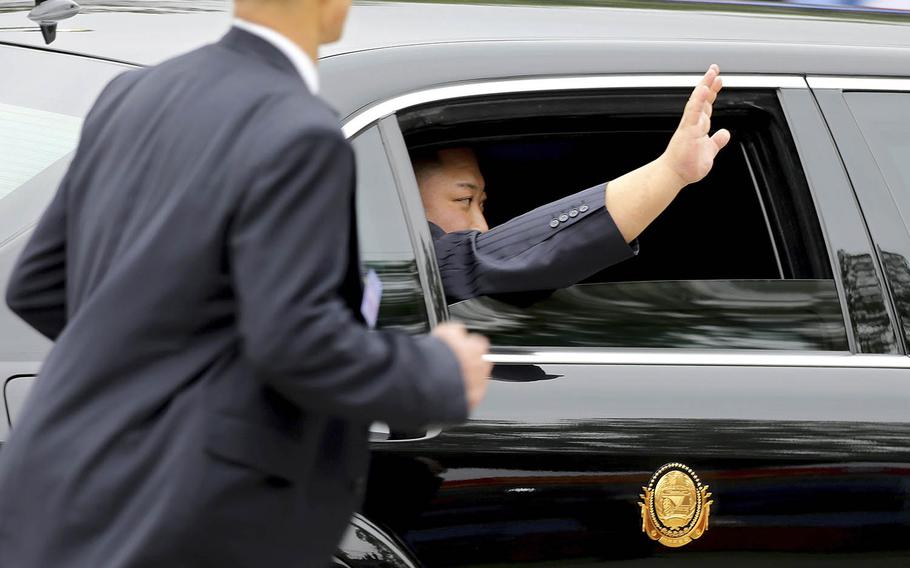 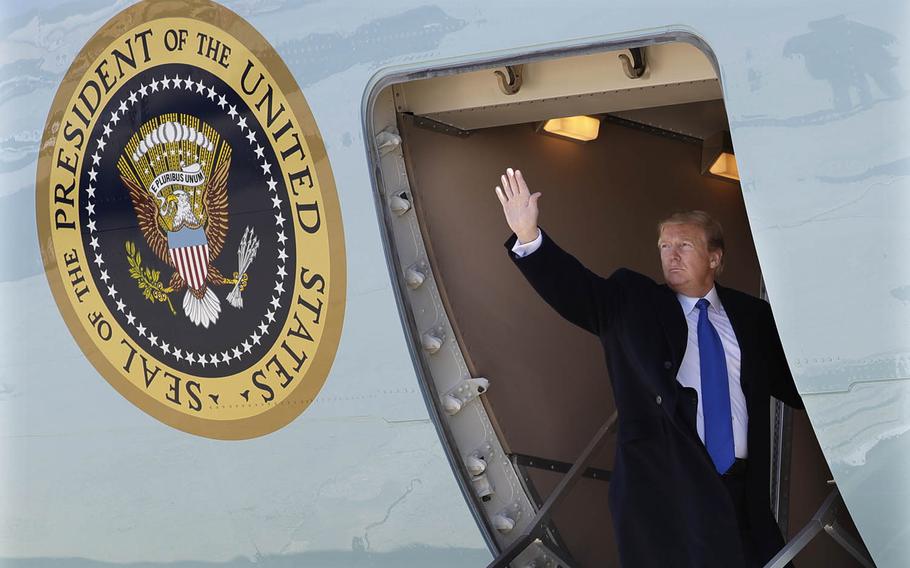 HANOI, Vietnam — President Donald Trump and North Korean leader Kim Jong Un will get a second chance to make a deal when they meet for the second time Wednesday in the Vietnamese capital.

But the two-day summit will take place against a backdrop of warnings from intelligence officials and experts that the North is unwilling to relinquish its nuclear weapons, which it sees as key to regime survival.

That leaves little chance for a breakthrough. Even the Trump administration has sought to manage expectations, with the president saying he won’t lift sanctions and is in no rush to reach a deal.

China’s Foreign Ministry urged the two sides to “meet each other halfway.”

The third-generation North Korean leader rode into Hanoi on Tuesday in an armored limousine surrounded by motorcycle police as crowds lined up behind barricades and cheered.

He transferred to the limo after a nearly three-day, 2,500-mile train journey from Pyongyang through China to the Vietnamese border town of Dong Dang.

Trump arrived by plane later Tuesday. The summit was expected to begin Wednesday evening with a private dinner, followed by a series of official meetings on Thursday.

The pomp surrounding the summit also provides Trump an escape from Washington as his former attorney and confidant Michael Cohen is scheduled to testify at a closed-door hearing of the Senate Intelligence Committee on Tuesday in Washington.

Cohen will answer questions about his involvement in plans to develop a Trump Tower in Moscow as well as whether the president directed him to lie to Congress.

In Hanoi, Trump faces pressure to wrest concrete commitments from Kim after their first summit on June 12 ended with a vaguely worded agreement to work toward the “complete denuclearization of the Korean Peninsula.”

Here’s a look at what may be on the table:

Nuclear facilities North Korea argues that it already has taken steps by suspending nuclear and missile tests and blowing up its main nuclear-testing facility. Kim also offered to dismantle the nuclear material production facility of Yongbyon if the United States takes “corresponding measures.”

The U.S. special envoy for North Korea, Stephen Biegun, said earlier this month that Pyongyang pledged to destroy all its plutonium and uranium enrichment facilities in exchange for reciprocal moves. Biegun also said that Pyongyang must provide a complete list of its nuclear assets before any deal can be reached. Any such deal would raise questions about verification. Past talks have collapsed over the issue of inspections.

End-of-war declaration The 1950-53 Korean War, which pitted the U.S. and South Korea against the Chinese-backed North, ended in an armistice instead of a peace treaty. The North wants an end-of-war declaration, which would be the first step toward a formal peace treaty. The actual treaty would have to be signed by China, the U.S.-led United Nations Command and North Korea. But Washington has long said it wouldn’t begin the process until final, irreversible denuclearization is achieved. The U.S. concern is that a move toward a peace agreement would undercut the justification for maintaining some 28,500 American troops on the divided peninsula.

International sanctions The United States and the U.N. Security Council have imposed punishing economic sanctions against the North for banned nuclear weapons development. Nobody expects Trump to agree to lift the measures, but experts say the U.S. could allow more exemptions for humanitarian needs and inter-Korean economic projects. The Trump administration, however, has insisted it will maintain its “maximum pressure campaign” until denuclearization is achieved.

Military exercises Trump surprised the international community and many of his aides when he announced he was suspending joint military exercises with South Korea, which have long been a lynchpin of the alliance. The next major drills are reportedly expected to begin Monday on a smaller scale, but officials have declined to confirm that until after the summit. North Korea hates the drills, which it considers rehearsals for an invasion. Experts say Kim may also push for Washington to agree to ease up on the deployment of so-called strategic assets such as aircraft carriers and supersonic bombers to the divided peninsula.