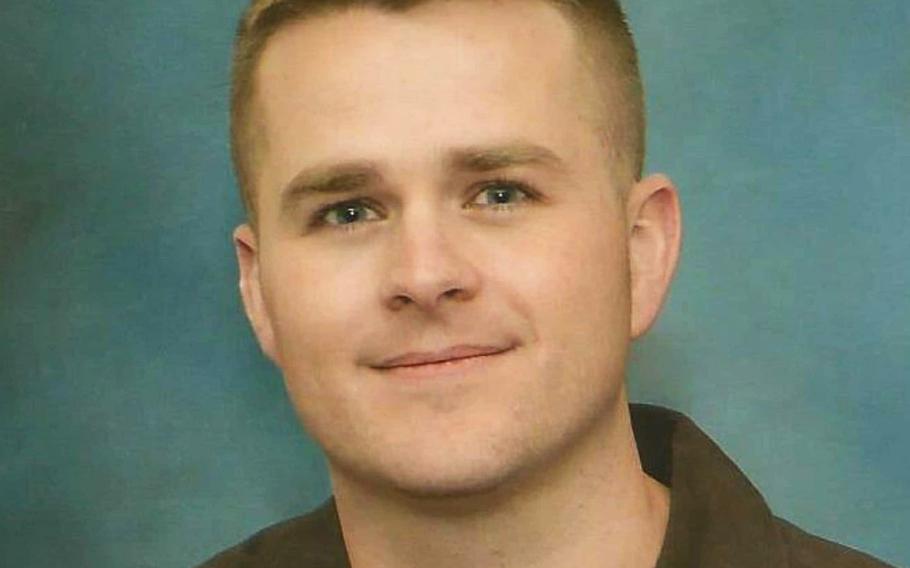 WASHINGTON – A new wrinkle was added this week in the effort to free an Army first lieutenant convicted in the killing of Afghans – a pardon request to President Donald Trump.

Rep. Duncan Hunter, R-Calif., a Marine combat veteran, sent a letter to Trump asking him to personally review the case and pardon 1st Lt. Clint Lorance, who was sentenced to 19 years at Fort Leavenworth for unpremeditated murder after his platoon shot to death two Afghans while on patrol in 2012. Lorance is appealing the court-martial conviction, which also included attempted murder and making a false official statement.

“This is one of those cases that stands out as a stupid decision where someone who should not be in jail is going to jail,” Hunter said. “And not just that, a platoon commander who was on the ground and in his mind made a life-and-death decision in real time. Again, this is combat.”

Trump was asked about Lorance’s case during a Jan. 26 interview with conservative TV commentator Sean Hannity and said only that, “We’re looking at a few of them.” If the president agrees to Hunter’s request, he will be opening a murky and emotionally charged criminal case.

Fellow soldiers with the 4th Squadron, 73rd Cavalry Regiment gave damning testimony against Lorance during his trial – and were not prosecuted. A staff sergeant told the New York Times that the killings were “straight murder” directed by Lorance as platoon leader.

Hunter, who made the same pardon request to President Barack Obama, has joined with Lorance’s mother and advocates such as Hannity and fellow conservative commentator Allen West in calling for leniency. Online petitions and a Facebook page have rallied support.

John Maher, Lorance’s defense attorney and a lieutenant colonel in the Army Reserve, said evidence linking the Afghan men to bomb-making networks and the battlefield deaths of soldiers could have exonerated the lieutenant.

But the evidence was not considered during the trial and only later discovered by defense attorneys during a search for the men in a biometric database used by the military in Afghanistan to identify enemies, Maher said. The evidence is now the crux of Lorance’s appeal.

“So we ran them and they all popped. Their fingerprints were on roadside bombs recovered at grid coordinators where U.S. paratroopers had been killed and injured,” he said. “The people who were killed may have been village elders but they were also bomb makers.”

If the evidence had been presented earlier, Maher said Lorance would likely have never been convicted – or even charged -- by a court-martial.

Maher made an early clemency request in March to Army Secretary Patrick Murphy during the ongoing appeal, citing the new evidence, but the secretary declined to intervene in the case.

Lorance claimed he ordered the attack on three motorcyclists – killing two – because he was trying to protect his platoon in a dangerous area frequented by the Taliban.

But during the Fort Bragg trial in 2013, prosecutors painted a picture of a soldier without combat experience who pushed his soldiers to threaten, endanger and kill local Afghans and who then attempted a cover-up. He was convicted of unpremeditated murder, attempted murder, reckless endangerment, communicating a threat, eliciting a false official statement and obstructing justice.

Lorance was put in charge of leading the platoon during a deployment in Kandahar in July 2012 after the previous leader was wounded. Soldiers there had suffered multiple casualties recently.

“When [Lorance] arrived at the platoon, his first act was to threaten a local Afghan’s young child with death” and ordered soldiers to fire into a nearby village, telling one of his men to falsely report they had been attacked, according to court documents filed by prosecutors in October.

The 28-year-old lieutenant promised his platoon there would be no more casualties and before the July patrol said they would wage a “shock and awe” campaign on Afghans as revenge, ordering his platoon to engage any Afghan seen riding a motorcycle.

When a private first class in the platoon reported seeing a motorcycle with three men, Lorance ordered the soldier to fire on them.

After the shots, the Afghans stopped the motorcycle and attempted to talk with other Afghans who were accompanying the patrol, but they were turned away, according to the prosecutors’ court filings.

Then Lorance ordered a private in a vehicle turret to open fire on the men, killing two of them, while the third man ran away. He again ordered the private to fire on the motorcycle but the soldier refused because a 12-year-old Afghan was nearby.

A search of the two dead men found an identification card, set of keys, small flashlight, rolled piece of paper, scissors, three cucumbers and a gourd, but no bomb-making materials or weapons, according to prosecutors. The motorcycle was still on its kickstand.

A member of the platoon had equipment to test the men for bomb-making residue but Lorance turned down the test, telling the soldier, “You’re not going to like the results,” according to prosecutors.

Amid an assessment of the scene, Lorance interrupted and allowed local family members to take away the bodies, then told an Army radio operator to report back that the assessment could not be completed.

He told the radio operator to repeat his words because “I know what they need to know so they don’t ask questions” but the operator refused.

“When the radio operator refused to give the false report, [Lorance] grabbed the radio microphone and did so himself,” according to the prosecutors’ court filings.