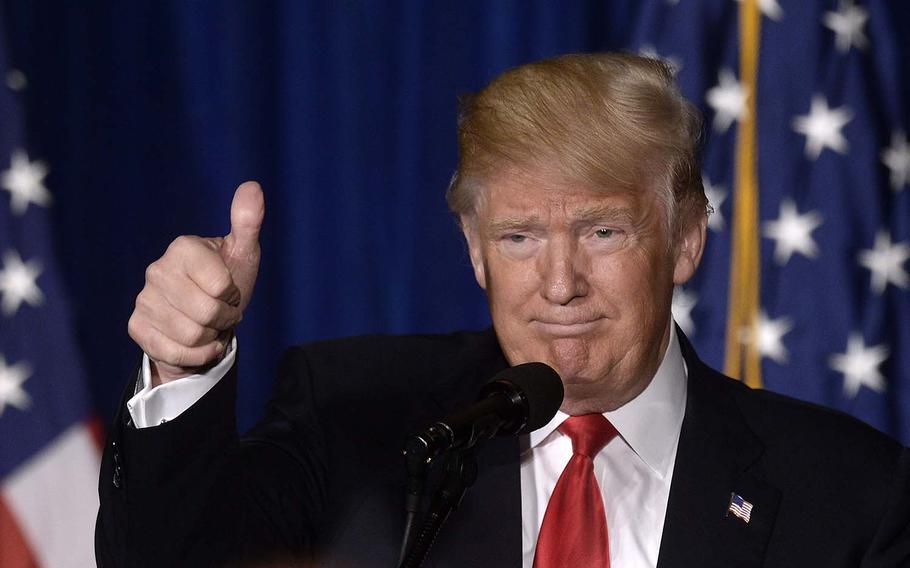 2016 Presidential candidate Donald Trump speaks during an event on foreign policy and called for an "America First" in his address on April 27, 2016 in Washington, D.C. (Olivier Douliery, Abaca Press/TNS)

2016 Presidential candidate Donald Trump speaks during an event on foreign policy and called for an "America First" in his address on April 27, 2016 in Washington, D.C. (Olivier Douliery, Abaca Press/TNS) 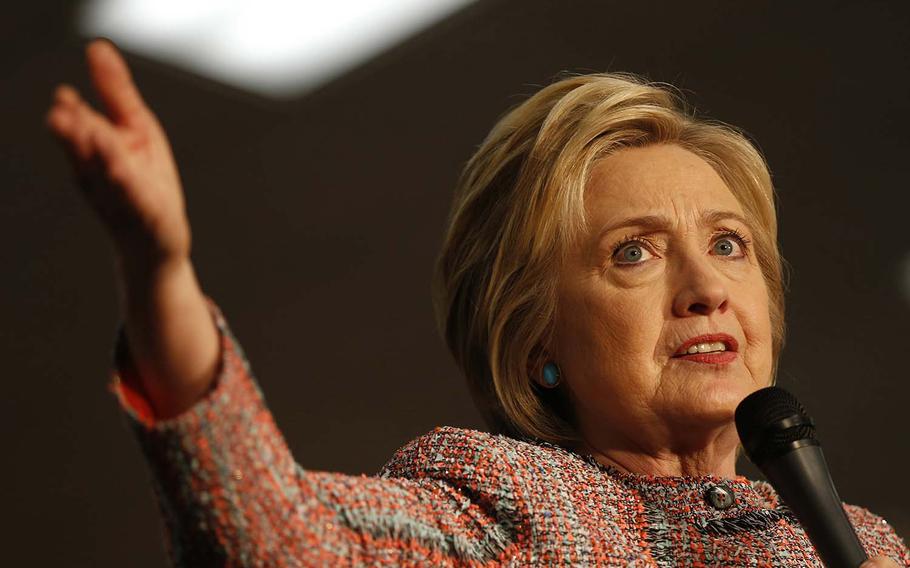 WASHINGTON — Donald Trump is ahead of presumptive Democratic presidential nominee Hillary Clinton by 9 percentage points among veteran voters, according to a new national poll released Thursday.

The billionaire businessman drew 47 percent and Clinton garnered 38 percent of more than 1,600 respondents who had military experience or lived with someone who served, the May polling by the group Morning Consult found.

Democratic contender Bernie Sanders did better than Clinton against Trump but still lagged behind the Republican by 4 percentage points.

The results show Trump’s unconventional bid for the White House is more popular – though lagging behind past Republican candidates -- among Americans who served in the military. His standing with veterans has been complicated by some controversies, including questions this week about his donations to veteran causes and a disparaging comment about Sen. John McCain, R-Ariz., and prisoners of war.

Veterans “are frustrated just like a lot of other people,” said Dan Caldwell, vice president for political and legislative action with the conservative group Concerned Veterans for America.

The frustration has led many people to look for a major shakeup in the presidency, said Caldwell, whose group has not backed any particular candidate.

Trump and Sanders are likely polling better than Clinton because they represent a stark departure from President Barack Obama’s administration, which has struggled with scandal in the Department of Veterans Affairs and a perception among some people that it has mismanaged the Defense Department, he said.

Trump, who won enough delegates Thursday to clinch the GOP nomination, was facing new questions this week about his claims of raising $6 million, including $1 million of his own money, for veteran charities during a campaign event in January.

Despite his claims, Trump only donated the $1 million of his own money on Monday after questions from the media, according to the Washington Post. Trump blamed the “dishonest and disgusting media” for ignoring how the money benefited veterans.

Caldwell said it is not likely to hurt the mogul and former reality television star.

“I don’t think a lot of veterans have paid a lot of attention to that controversy,” he said.

Earlier this month, Trump said he does not regret saying in July that McCain, a former Navy pilot who spent over five years as a prisoner during the Vietnam War, is not a war hero because he was captured.

Trump had said he prefers servicemembers who were not captured.

“I like not to regret anything,” he told CNN on May 11. “You do things and you say things. And what I said, frankly, is what I said. And you know some people like what I said, if you want to know the truth … You know after I said that, my poll numbers went up seven points.”

But his current poll numbers among veterans are less than stellar compared to McCain and other past Republican presidential candidates.

In August 2008, McCain led then-Sen. Obama 56 percent to 34 percent among veteran voters in the presidential election, according to Gallup polling.

GOP candidate Mitt Romney, who received education and religious deferments for service during the Vietnam War, further widened that gap in May 2012, when he led Obama 58 percent to 34 percent among veterans, Gallup found.

The poll released Thursday shows the past Republican advantage has been cut in half under the Trump candidacy.

“It absolutely is good news” for Clinton, said Jon Soltz, who served as an Army officer and now leads the progressive group VoteVets.

Soltz said Trump appears to be faltering among veterans, who skew Republican and conservative.

“I don’t think there has been a time in modern history where a GOP candidate had such a [small] gap in support among veterans,” he said.

The Morning Consult poll had a margin of error of plus or minus 2 percent.