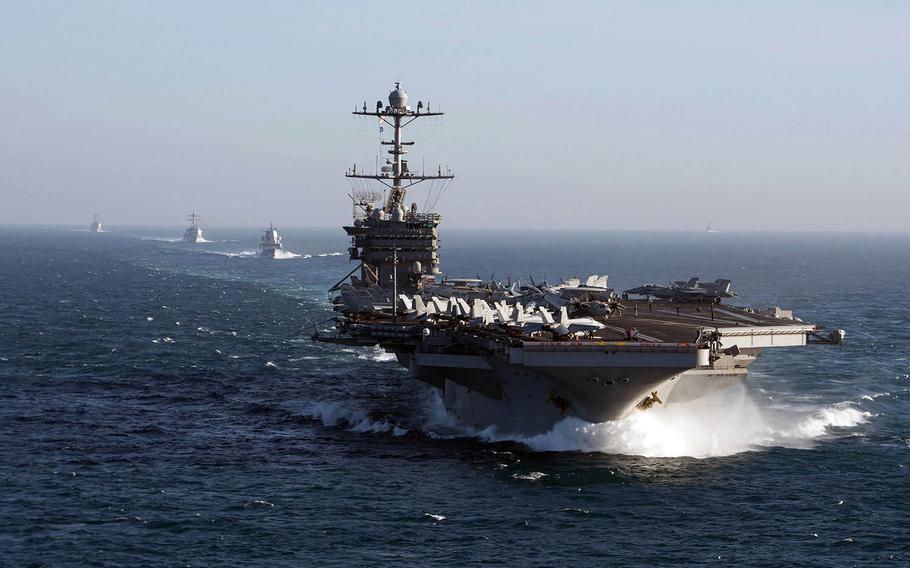 The strike group, carrying 6,500 sailors and Carrier Air Wing One, will cruise alongside the German frigate FGS Hessen during the first half of the deployment. The German ship conducted a brief mission with the Harry S. Truman in 2010, the Navy said.

It’s the first extended deployment for the Harry S. Truman since it wrapped up a 10-month maintenance period last July. The warships’ mission will include “maritime security operations and theater security cooperation efforts alongside allies and partners,” and they will “provide crisis response capability and increase theater security cooperation and forward naval presence” in the Europe and Middle East, the statement said.

The Harry S. Truman will replace the USS Theodore Roosevelt strike group, which wrapped up its four-month deployment to the Middle East last month, and is operating in the Western Pacific.

The Harry S. Truman, which is assigned to the Navy’s Fleet Forces Command, last traveled to the Middle East in 2015 to join the anti-Islamic State mission Operation Inherent Resolve before returning home in 2016.

During that deployment the carrier traveled more than 53,000 nautical miles and its aircraft flew more than 27,000 hours and 9,500 sorties, 1,461 of which were in support of anti-ISIS missions.

The Navy routinely sends carrier strike groups on rotational deployments to Bahrain, home of the 5th Fleet, and has been an important part of efforts to defeat ISIS. Naval forces in the region began an air campaign against the terror group in August 2014 when the USS George H.W. Bush launched airstrikes against targets in Iraq.

It remains unclear what the upcoming strike group deployment might entail. Last month, President Donald Trump said he would withdraw U.S. forces from Syria and that other countries in the region should continue the campaign against ISIS.