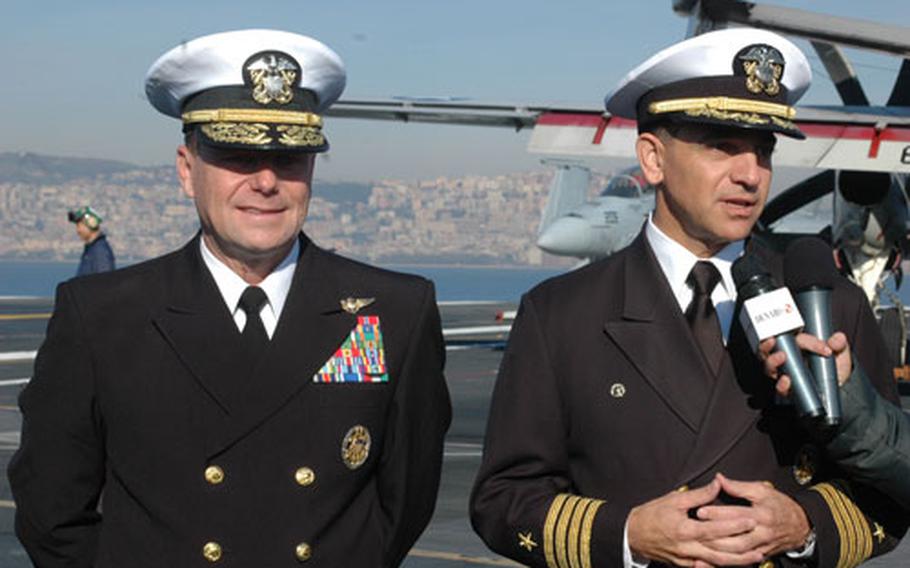 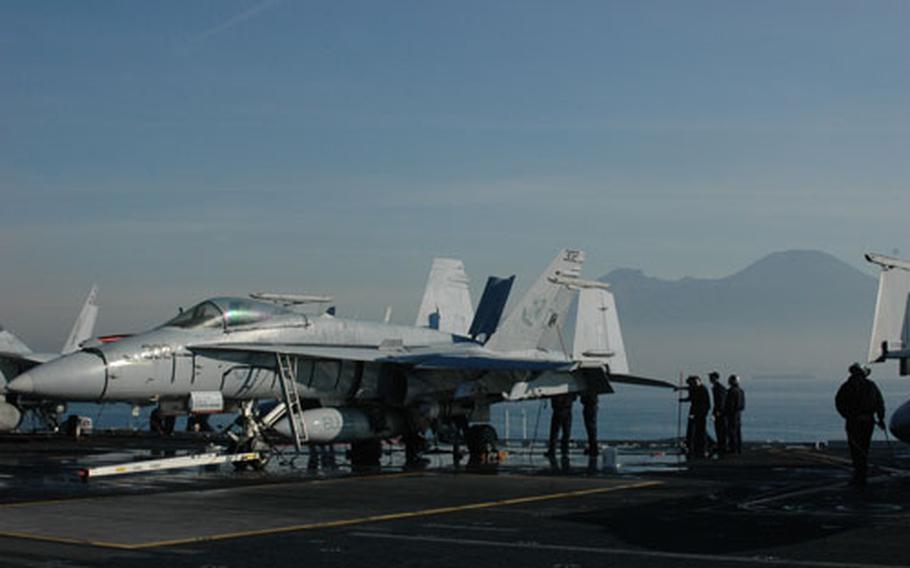 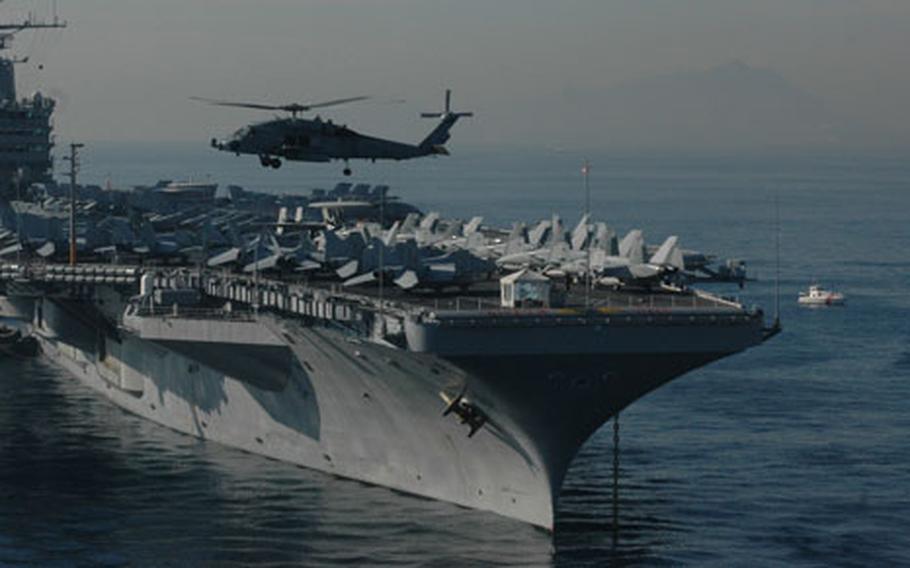 NAPLES, Italy &#8212; In her two years of service in the Navy, Petty Officer 3rd Class Ellysa McCreary has missed two Thanksgivings at home.

&#8220;I&#8217;ve got mixed feelings. I try not to think about it,&#8221; the 20-year-old sailor said Tuesday as she plotted navigational coordinates aboard the aircraft carrier USS Harry S. Truman.

What she has is the chance to spend the holiday in Naples, as the carrier pulled into the Italian port city Tuesday morning for its first port visit since leaving Norfolk, Va., on Nov. 5. The carrier is on a scheduled six-month deployment.

Holidays away from family usually are the hardest on deployed troops, said Rear Adm. William Gortney, commander of Carrier Strike Group 10, adding that sailors aboard the Truman and other ships in the strike group will make it feel as much like home as possible for those who dine aboard the ship.

The Morale, Welfare and Recreation office of Naval Support Activity Naples plans to host a marathon of traditional Thanksgiving dinners &#8212; with a twist &#8212; from 2 p.m. to 10 p.m. Wednesday through Saturday, accommodating visiting sailors and those who live in Naples.

Not only will there be turkey, turkey and turkey, there also will be a sprinkling of activities to lure young sailors, from a Texas Hold &#8217;em tournament, to karaoke, a hip-hop show and video games tournament.

More than 60 percent of the strike group sailors are on their first deployment &#8212; and they&#8217;ll miss not only Thanksgiving at home, but also Christmas and New Year&#8217;s.

Cmdr. Richard Wood, commander of VAW 126 squadron of E-2C Hawkeyes, said he tells his sailors to prepare early for missing holidays at home.