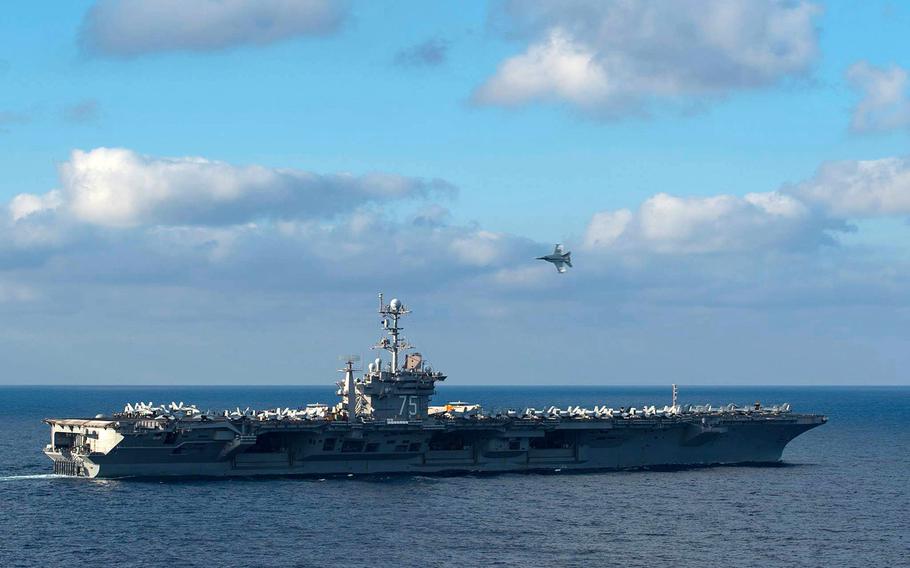 The Truman is the first aircraft carrier in the Middle East since the departure in October of the Theodore Roosevelt carrier strike group. That left a gap in U.S. carrier presence for the first time since 2007.

The Truman is joining the French nuclear-powered aircraft carrier Charles de Gaulle, which arrived in the 5th Fleet Area of Responsibility earlier this month.

Though the commander, French Maritime Force Rear Adm. Rene-Jean Crignola, recently took over a U.S. Naval Forces Central Command task force that is in charge of leading coalition naval strike operations against the Islamic State group, currently he is not in control of the Truman or its strike group, a Navy spokesman said.

“With the Charles de Gaulle being here, they are showing a level of integration that’s unprecedented,” said Lt. Ian McConnaughey, a spokesman for 5th Fleet. “It shows a tremendous amount of trust, foresight and cooperation of both countries.”

The 5th Fleet’s Area of Responsibility covers some 2.5 million square miles, including the strategically important and conflict-prone Persian Gulf.