True grit on the range in Kuwait 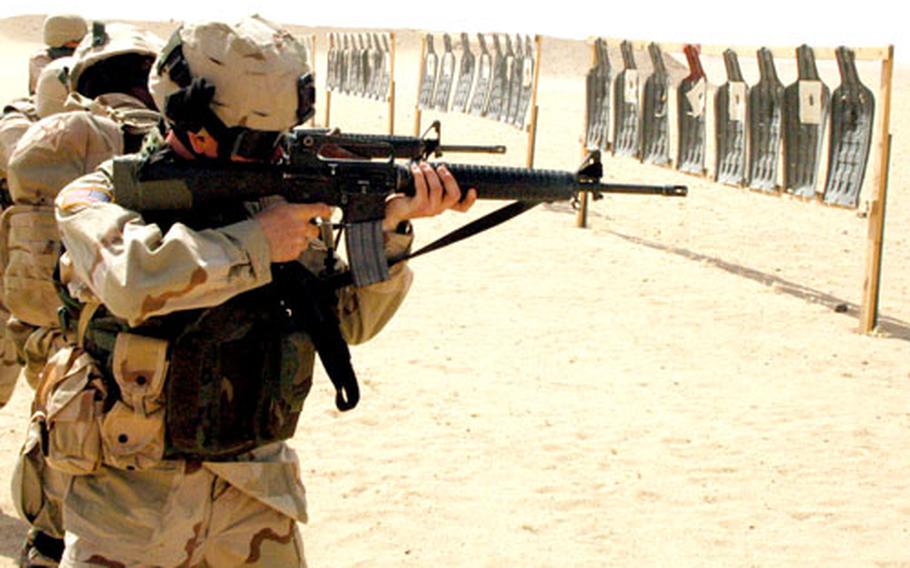 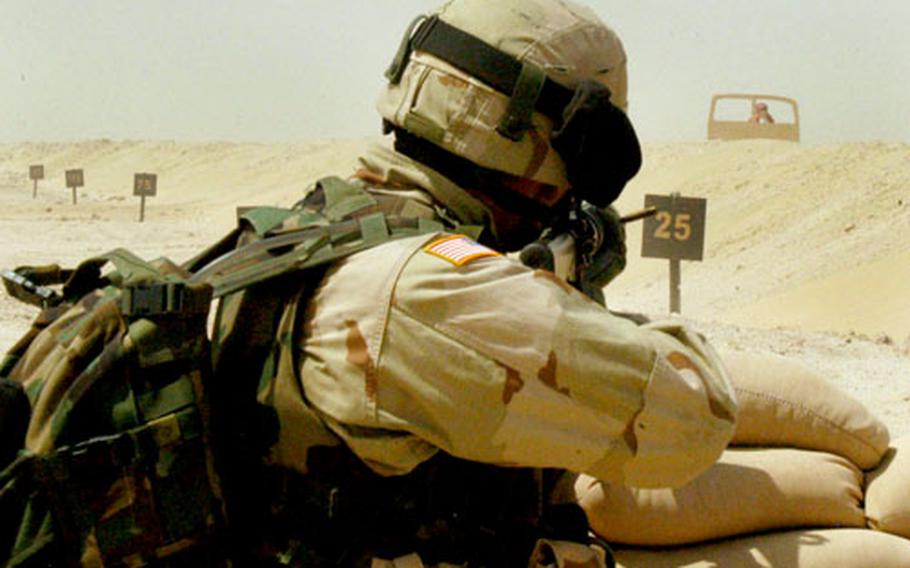 UDAIRI RANGE, Kuwait &#8212; Soldiers from the 2nd Infantry Division have begun training in the desert, shooting at stationary and moving targets at Udairi Range, Kuwait.

Soldiers from the 2nd Forward Support Battalion, who arrived from South Korea last week, were the first troops hit the range in the desert. They were also the first troops from 2nd ID&#8217;s 2nd Brigade Combat Team to arrive in Kuwait.

But &#8220;in this situation the theater is more mature and we are relieving another unit, so it was decided to establish the logistics infrastructure so the (combat) units could have a support base.&#8221;

The unit&#8217;s first range training involved zeroing weapons, a process that revealed the different challenges soldiers will face in the desert, Bezold said.

On Sunday, soldiers from the 2nd FSB traveled from their base at Camp Buehring to Udairi Range 8 for live-fire entry control point training.

The range is a short drive from the camp, across a sandy plain populated by camels and a few patches of dead-looking vegetation.

At the range, the sun beat down; a howling hot wind blew sand in soldiers&#8217; faces as they fired at stationary targets from different positions, such as standing, kneeling and turning.

The idea was to teach soldiers to shoot from the sort of positions from which they might have to fight at an entry control point, said Sgt. James Washington of the 2nd FSB, who supervised the training.

After the target shoot, the soldiers moved to a range designed to simulate an attack by a vehicle-borne improvised explosive device, or IED.

Military Professional Resources Inc. employee Dave Cowie built the range a year ago from equipment supplied from Belgium and has operated it ever since.

The range includes a rail system that moves a vehicle-shaped target towards an entry control point at 8-10 mph.

Cowie is able to control a pop-up, man-sized target that appears in the driver&#8217;s seat as the vehicle approaches.

During a tour to Iraq with the 4th Infantry Division, former soldier Cowie never saw a vehicle-borne IED attack, but said such attacks are a reality in the country today.

Cowie said MPRI, as the company is known, gives the Army feedback on where it should place guard towers at entry control points, based on soldiers&#8217; accuracy from various firing positions at Udairi Range.

&#8220;This is the first time we have shot at a moving target like this. It was a good experience to shoot at something coming at you,&#8221; he said.

Another 2nd FSB soldier, Sgt. Nicholas Likins, said he hoped to build on the training and be able to &#8220;stop something like this if it ever does happen.&#8221;